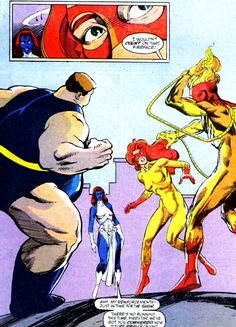 Firestar blazed on the late ‘80s scene (get it?) by becoming a member of the New Warriors.  She essentially came into the Marvel Universe fully formed, since she had been featured on the beloved Spider-Man and his Amazing Friends cartoon.  So this story fills in the background of her origin.

We already saw a little bit of her origin in her miniseries, and this tale picks up right where that one left off—with Emma Frost angry that Firestar rejected her attempts at recruitment, so she turns Firestar into the authorities, which means Mystique’s Freedom Force is hunting her down.

Added tension comes from Firestar having promised her parents she wouldn’t use her powers. 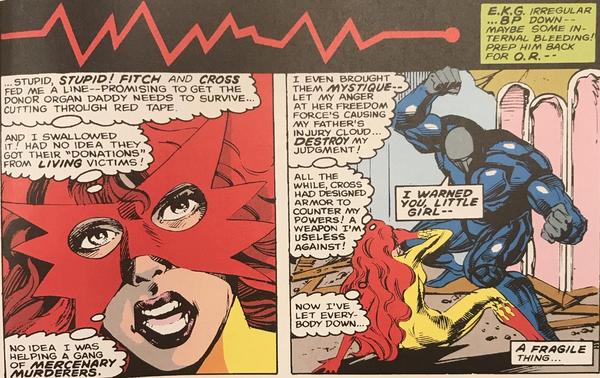 There’s a subplot with her father needing surgery, and ultimately Mystique reports Firestar as dead rather than taking her into custody, showing the “good” side of Mystique (although a really good person wouldn’t have put Firestar through a whole bunch of trouble to begin with). 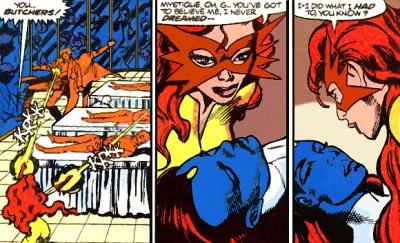 We all know how it ends…