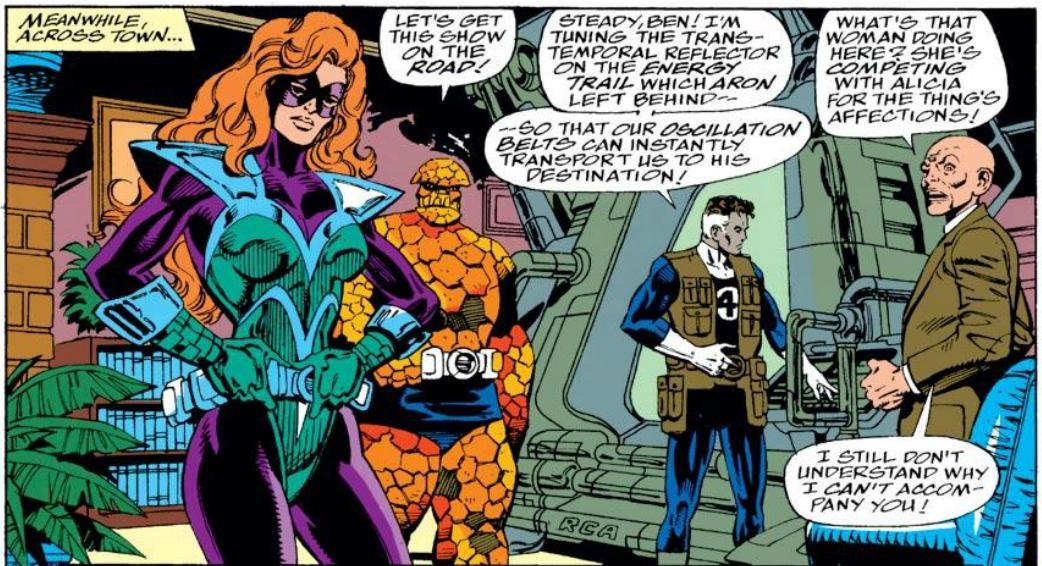 New costumes for the Ms. Marvel (formerly the first female Thing, and before that the second Ms. Marvel)…

…and Invisible Woman in her decidedly unfeminist cheesecake costume. 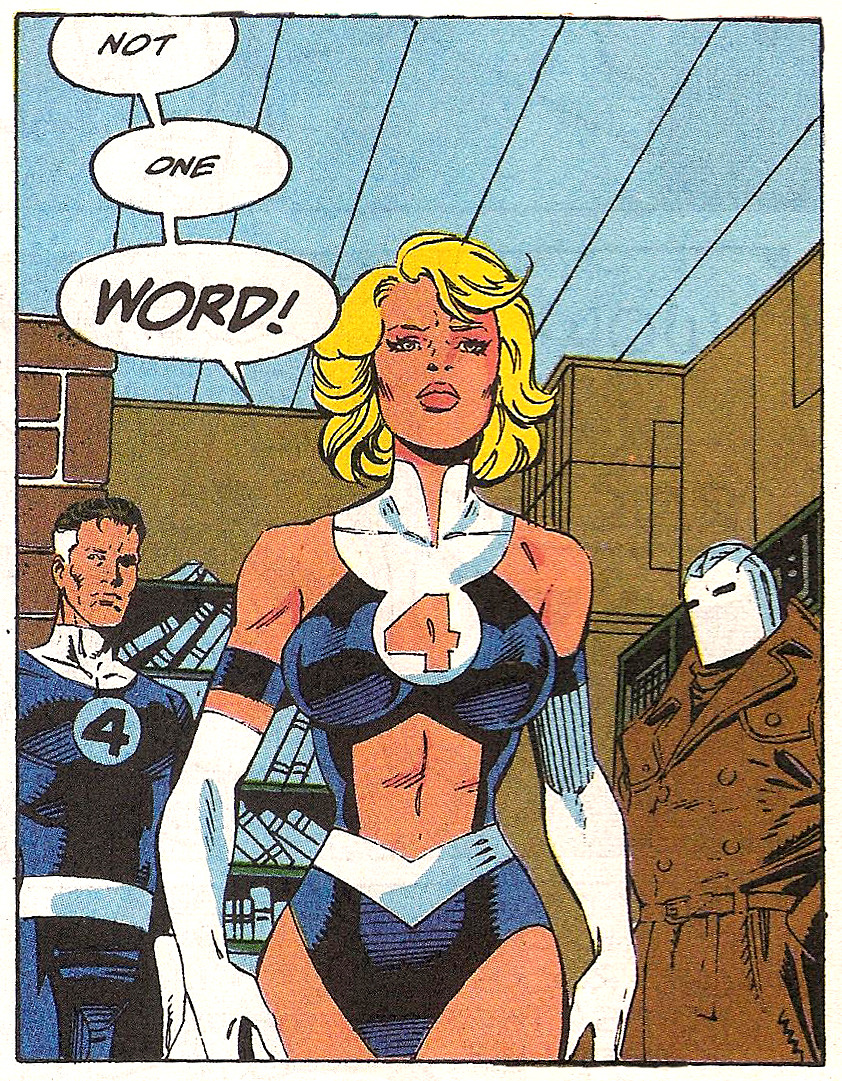 And she even talks to her governess dressed like that. 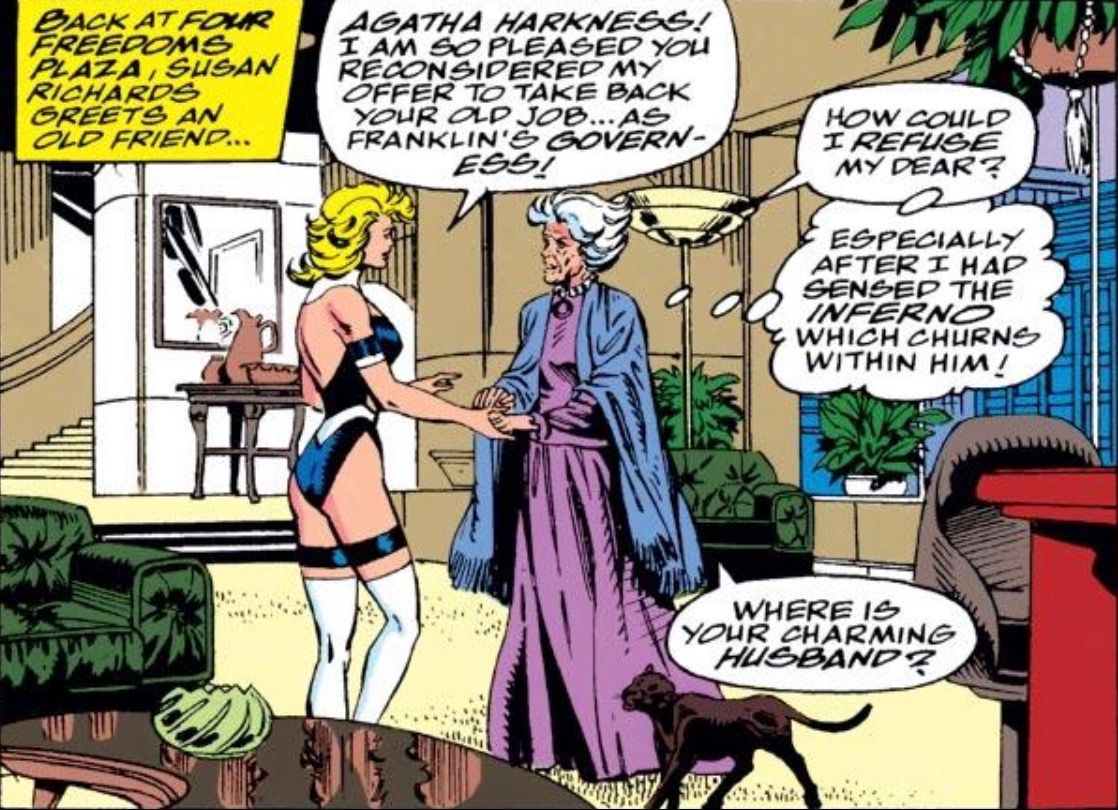 And Johnny accidentally burns down a college campus, which will ultimately lead to a lawsuit and bankruptcy for the 4. In the meantime though, J. Jonah Jameson hires Silver Sable to hunt him donw.

But he balks at the bill, of course.

This leads the band to break up (again), and the reformation of the alternate FF. 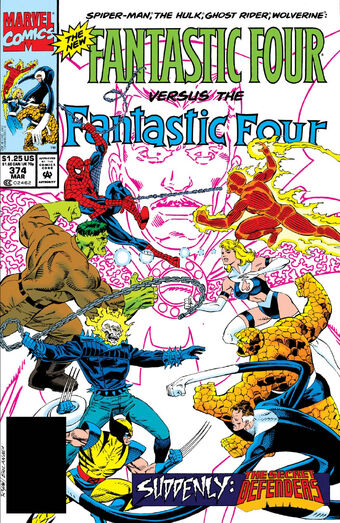 They’re trying to help of course, and they call themselves The Secret Defenders because they’re re-formed by Dr. Strange. 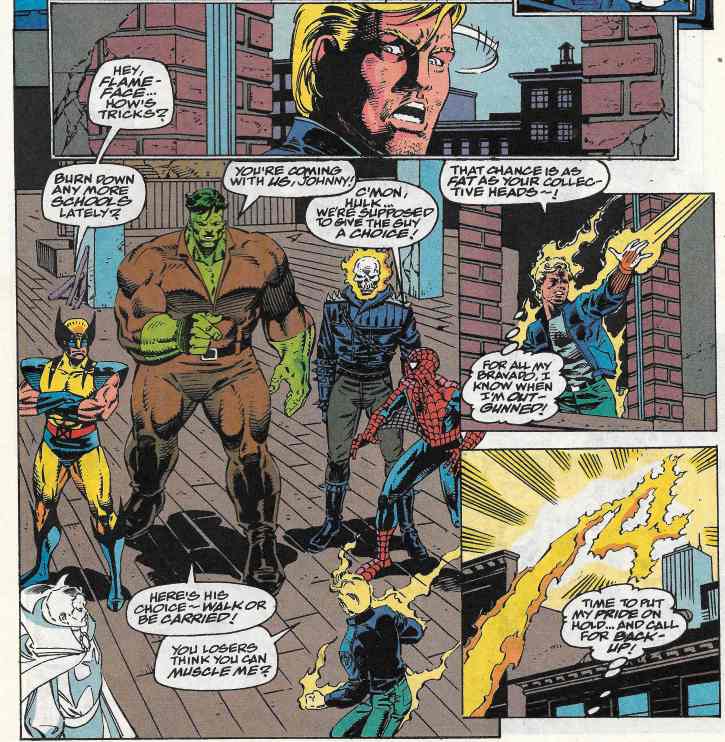 There are too many threads to be digging deeper into this dry well again: Johnny is a fugitive, the alternate FF (Spidey, Wolverine, etc.) and Doctor Strange are searching for him, Susan and Reed are fighting again, there’s another new Dr. Doom, Lyja the Alicia Skrull has drama, chicks are fighting over Thing, the Inhumans are upset…It’s just too much.   And Franklin’s bubbling up again.

The stories all kinda flow together. 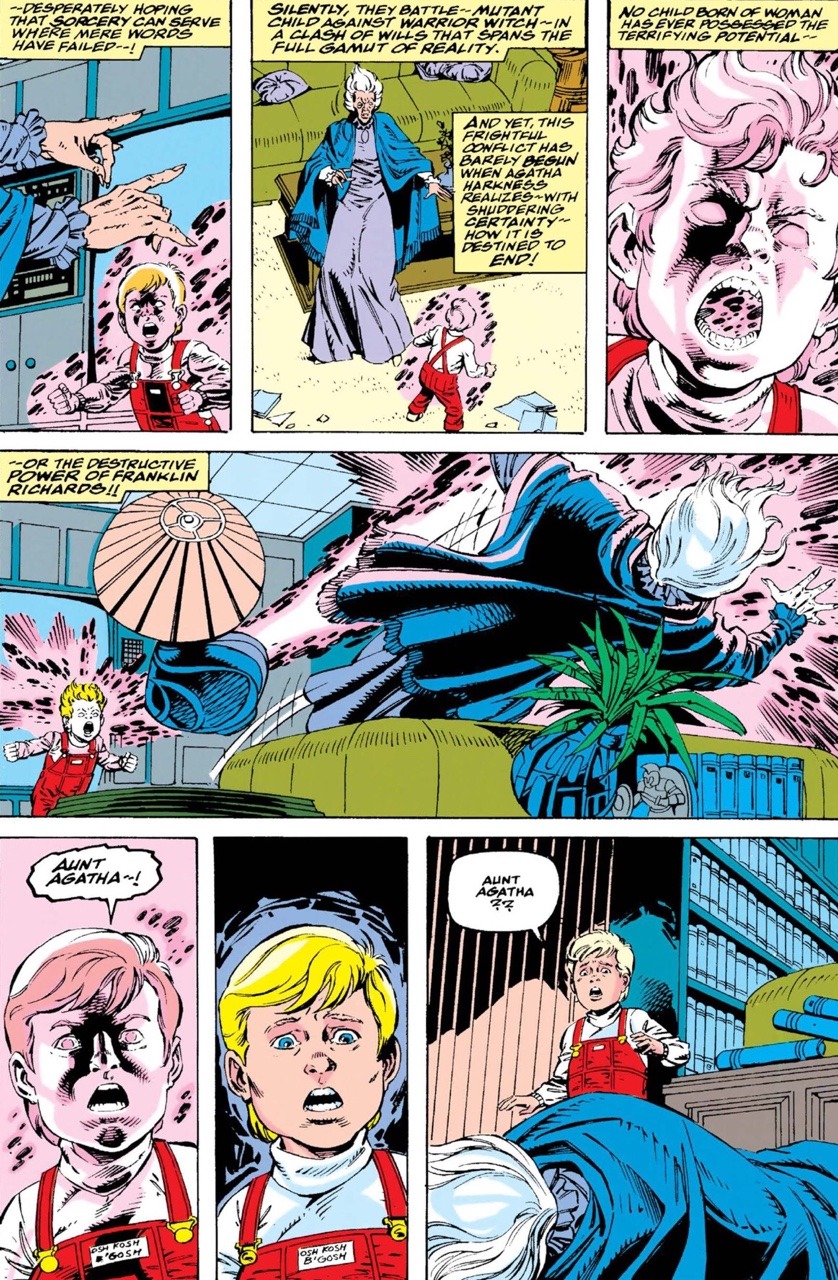 Cable arrives to warn the FF about Franklin.

It’s future Franklin, not future baby Cyclops.  But he’s from the future (even if he got there from the past).  He’s related to someone in the present timeline (Reed’s daddy).  He’s here to save us all.  He’s focusing on a kid (Franklin).  He’s named Nathaniel.  He’s got a cyber-eye.  He looks like he was designed by Rob Liefeld.

And if that wasn’t enough, check out how deep the stealing-from-X-Men goes…

No wonder people stopped reading Marvel comics in the mid-1990s.

This is really the beginning of the end of Volume 1, which Tom DeFalco will burn to the ground, finally, in 1996 with issue #416.

I can’t wait. It’s not that these are terrible comics, they’re just terribly mediocre–and there are so many great ones I could be reading right now.