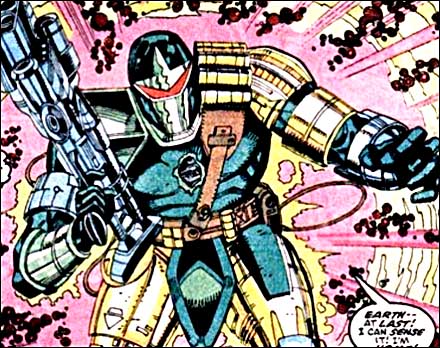 And meets another teenager named Portal, who has armor a lot like Darkhawk’s. And finally, he fights Lodestone, who will be around for one more Darkhawk story before disappearing forever.

Darkhawk knocks both of them out. Portal gets taken to The Vault, where he meets Captain America and the Guardsmen who work at the super-jail, but then Portal gets busted out by the U-Foes. 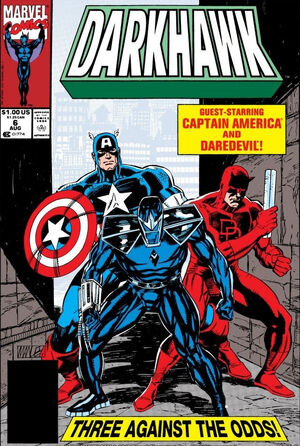 The U-Foes have learned that Portal’s armor can traverse dimensions, so they want it for themselves. Also, Daredevil is there for some reason. 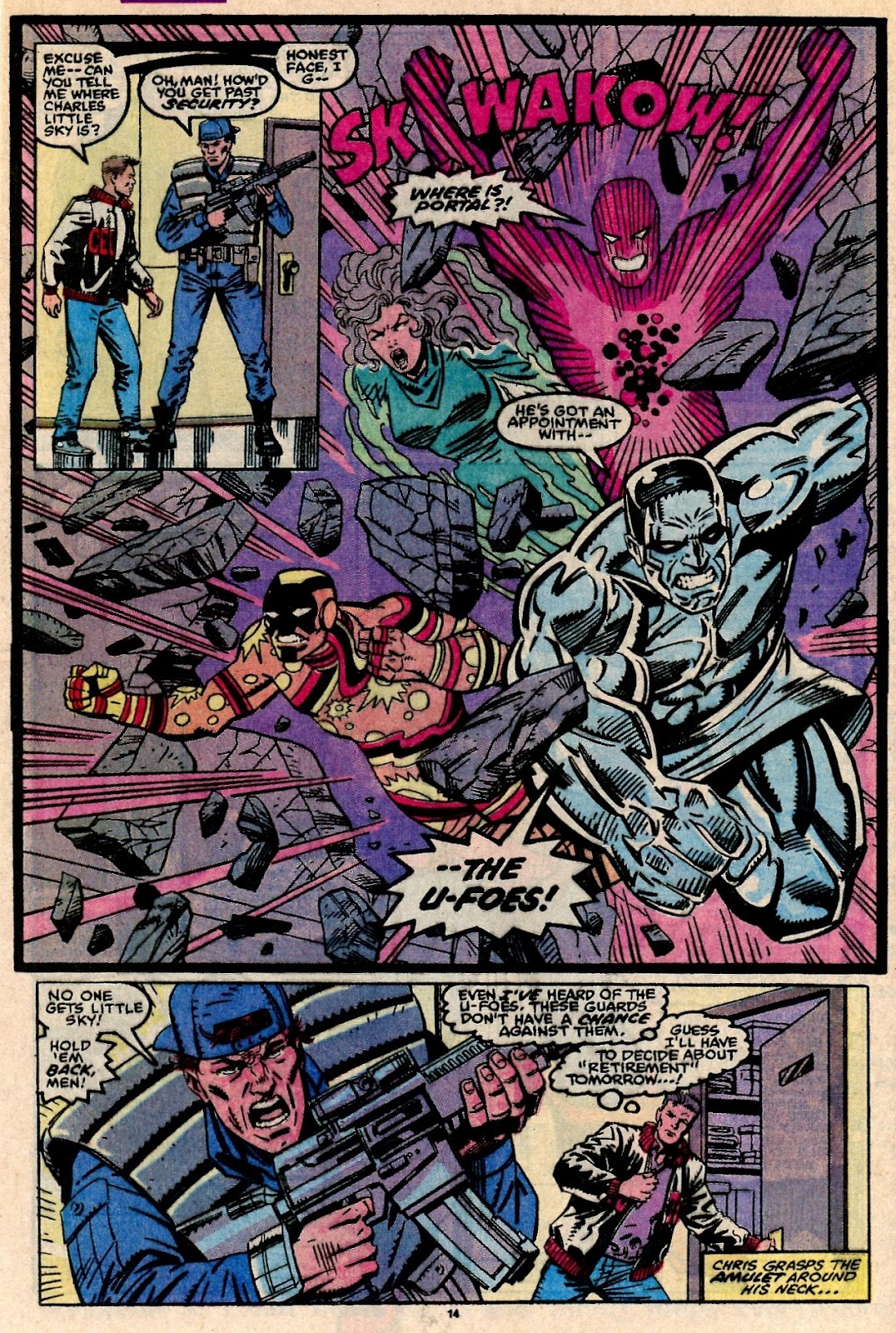 The battle against the U-Foes is kind of fun, albeit pretty random.

Through it all, Darkhawk keeps thinking of his dead cop daddy and it makes him seek justice and not kill his enemies. 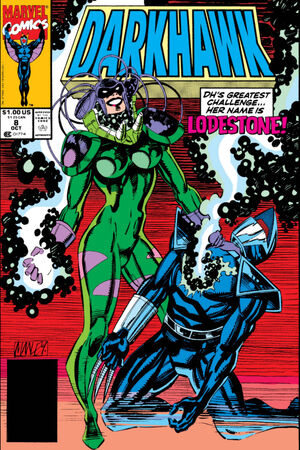 I’m whipping through these books because they’re pretty dull. Not bad, per se, just boring.