Okay, so the above splash page exemplifies the difference between this run and the strange, philosophical one that proceeded it.

Chichester’s Daredevil is much closer to a recall of Frank Miller.  He plays with all of Miller’s toys: The Hand, Kingpin, Karen Page, etc., and this arc is basically “born again” but this time it’s Kingpin who gets torn down and left with only the things he values most. Lots of cool stuff happens along the way.

Daredevil sleeps with Typhoid Mary, then has her involuntarily committed to a mental institution–taking Kingpin’s most powerful piece off the board.

For the first time in (ever?) he seems to be winning his battle with Kingpin, and the enemy is scared and angry.

So, although this is similar in theme to Frank Miller, it turns that run on its head. 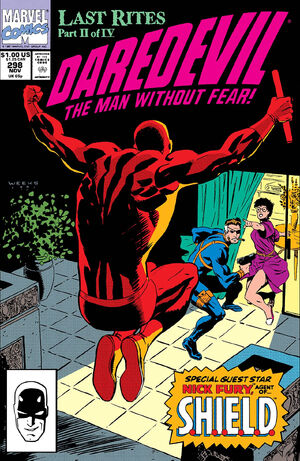 Also, we learn that Nick Fury knows Matt is really Daredevil.  It’s implied that Fury gave Matt the information about Kingpin so that Murdock would then leak it–showing Kingpin as a patsy to Hydra undermines Kingpin’s center of power.  And Kingpin blames Hydra for the leak, so his alliance with the criminals becomes frayed–weakening both of them.

This is how to use Nick Fury–as an infallible puppet master.

Finally, Kingpin snaps and we get the big physical altercation, which is handled very well artistically. 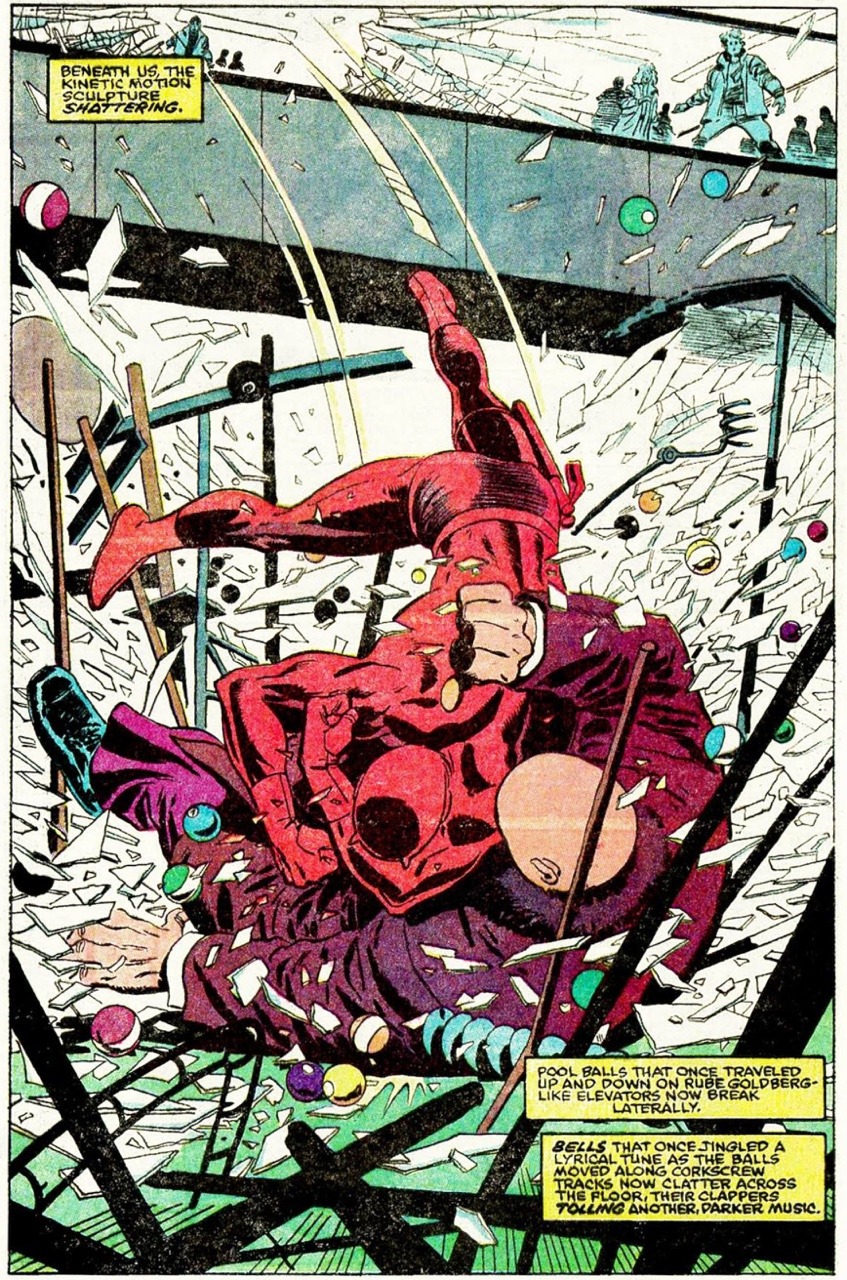 And then, by the end, Kingpin is fully and abjectly defeated.  For the first time ever. This is a really good story.  The writing isn’t quite as good as Miller or Ann Nocenti, and Chichester doesn’t so much character development for Daredevil, but the plotting and pacing are terrific.  And how about that Lee Weeks art?  He’s great.