“The Avengers Break Up!”  But first they play wargames, and Cap basically tells them he’s better than all of them combined.

In this awful issue, Iron Man proposes Rick Jones for membership saying “Why don’t we make his membership in the Avengers official, as the Wasp’s is…”  I could be generous and say that Wasp is Giant-Man’s sidekick, and Jones has become Captain America’s sidekick, so that’s why he’s comparing a powerless kid to an adult woman who can shrink, fly, and shoot blasts.  But it’s probably sexism. Cap responds: “That decision is for me to make!” 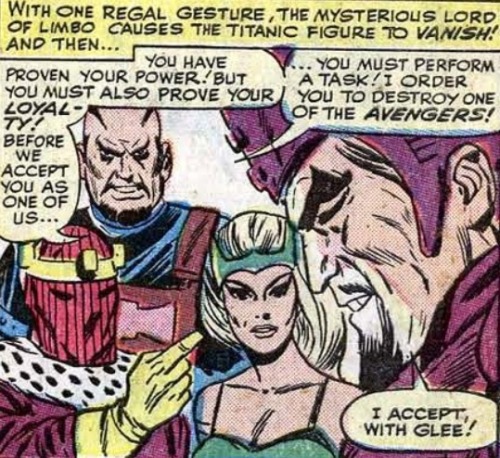 …so they make him kidnap Rick Jones as a way to control Cap.  Jones is tricked by a really, really stupid newspaper ad…

Cap has no real trouble saving him.

By the end of the issue, the entire story is erased when Enchantress sends them all back to before it happened