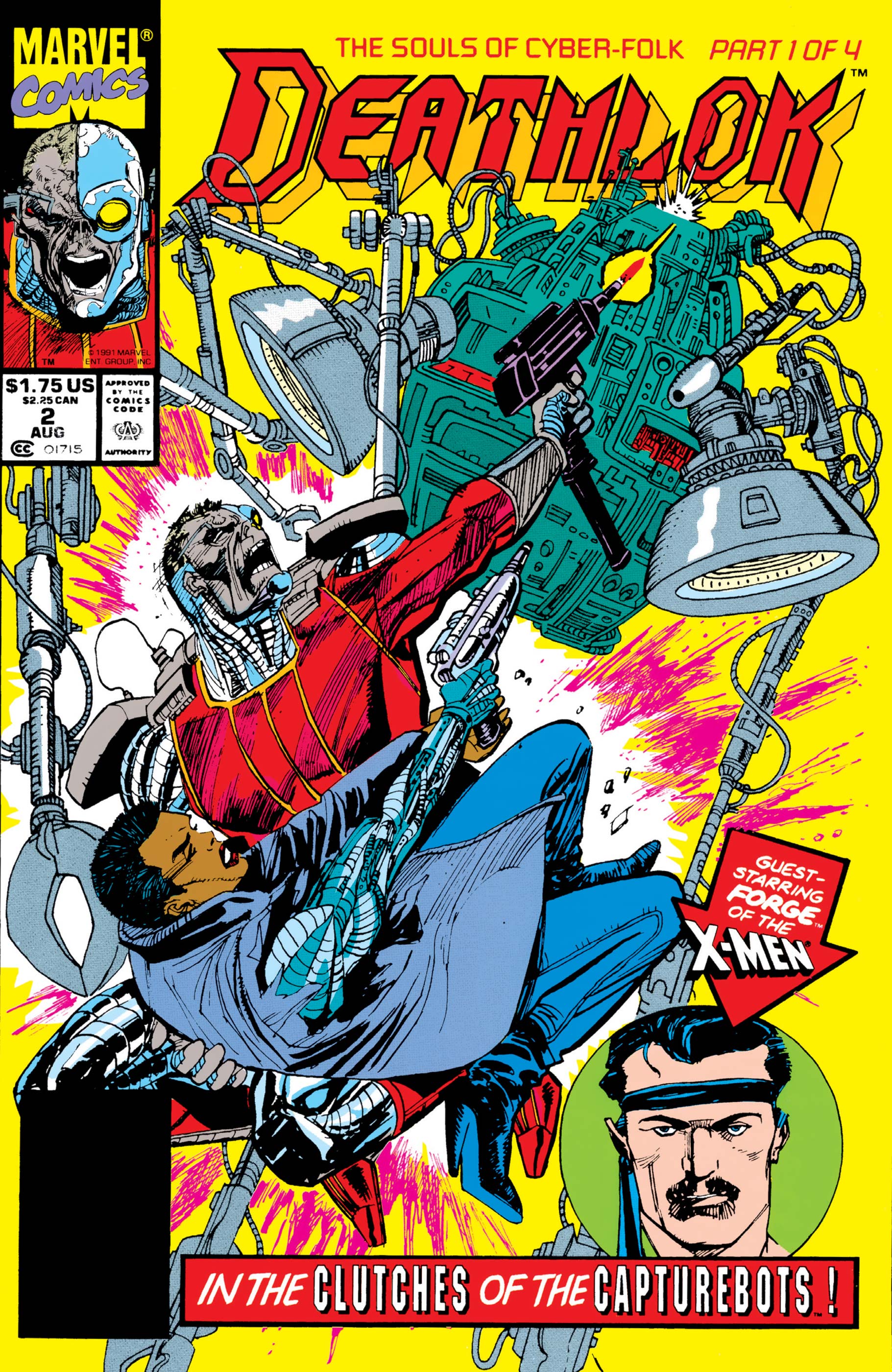 Issue #1 reintroduced this version of Deathlok after he was just introduced in a glossy direct sale miniseries. So now it’s time for an extended arc. It’s not bad, but it’s a bit…Stale. It turns into something pretty similar to the X-stories, except instead of anti-mutant bias substitute “cyber people.” Even Misty Knight, with her bionic arm, joins the fun. And just like the X-Men use mutants as an allegory for race, a black person in New York can get a cab more easily than a cyber… A group of unfortunately named “Capturebots” start kidnapping cyberpeople, and Misty and Deathlok team up to stop them. And an X-Man is one of their victims… So, who’s responsible fo rall this? 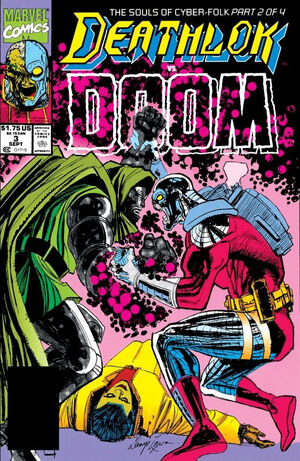 And where there’s Doom, there’s the Fantastic Four.

Actually, though, it’s not Doom. It’s a Doombot, who was collecting cybers to start a family. Which is a pretty cool idea. 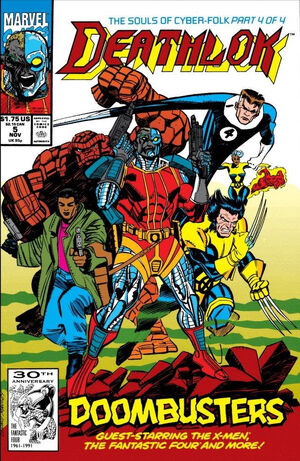 I also like the idea of an alliance of mechanicals all on the same team, having been brought together by a Doombot, but unfortunately instead we get Wolverine, X-Men and the FF. 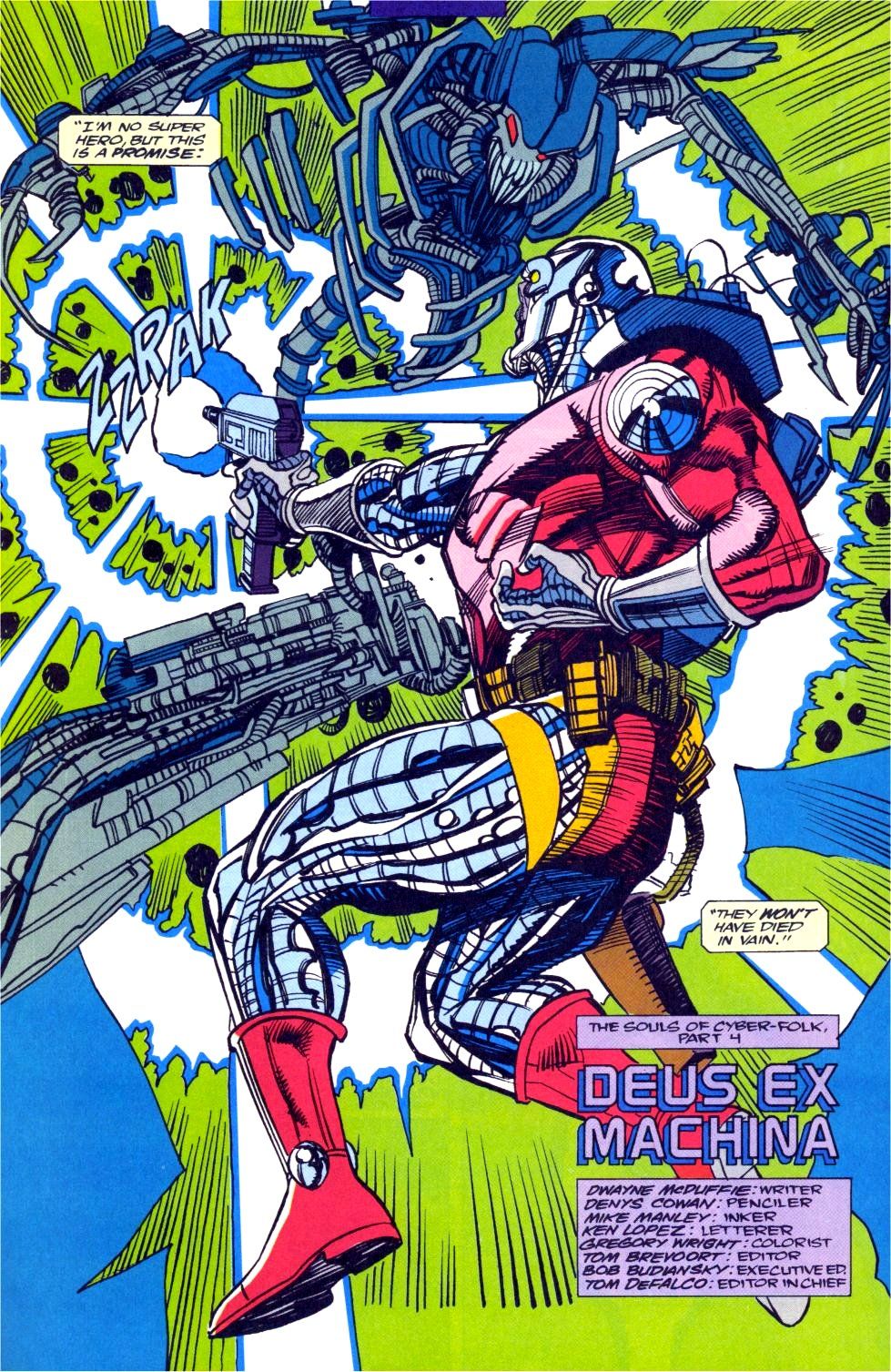 Again, this isn’t a bad comic–but it had a lot of potential to be a great comic.