A two-parter that basically consists of two one-parters.

In the first issue, we are introduced to an “escaped fugitive” whose photograph makes Susan Storm uncomfortable….Then we get a pretty standard fight against Mole Man in which Invisible Girl is held hostage, blah blah blah.  It’s not bad, it’s just not great.  It’s cool, though, that The Avengers make an appearance as well.

Then, at the end, Susan gets a shard to the brain and needs surgery and there’s only one brain surgeon good enough to help her.  No, it’s not Don Blake (a.k.a. Thor).  It’s…The fugitive!  Who, of course, is Susan and Johnny father.

Dude abandoned the Storm kids a long time ago, letting them think he was dead, but they forgive him pretty quick.

He saves his daughter’s life, they clear his name, and, of course, he dies at the end. 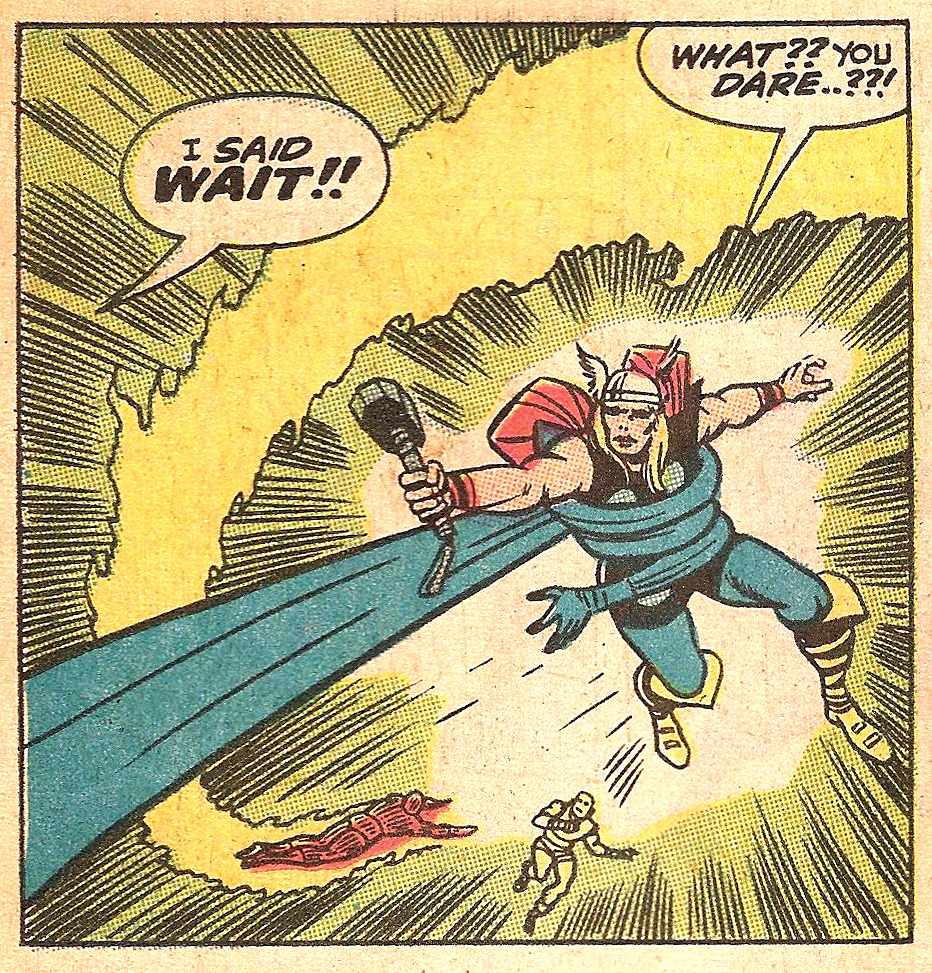 Thing is portrayed as pretty dumb in this issue. 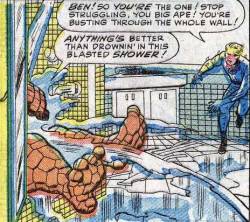 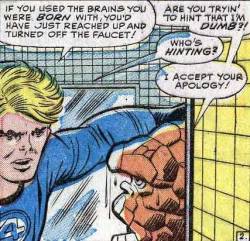 But the guy can fly a rocket.  He’s cleaerly not stupid.  This characterization of him as a big dumb lug will eventually go away.

Meanwhile, Reed Richards is still being treated like Plastic Man. 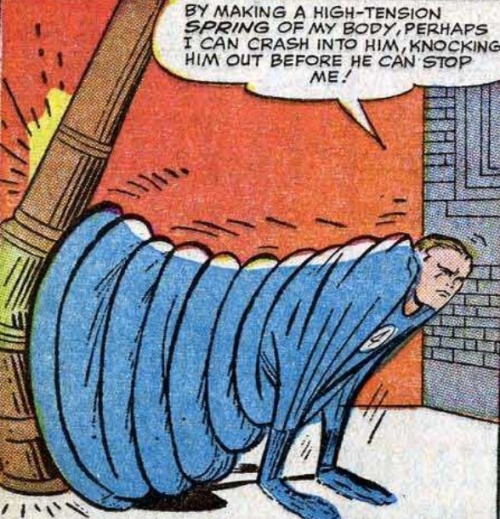