-Jeff Goldblum in The Big Chill

Daredevil tries to explain to Natasha why it’s great that Kingpin destroyed Murdock’s home, took his law license, nearly killed him, and left him with nothing. 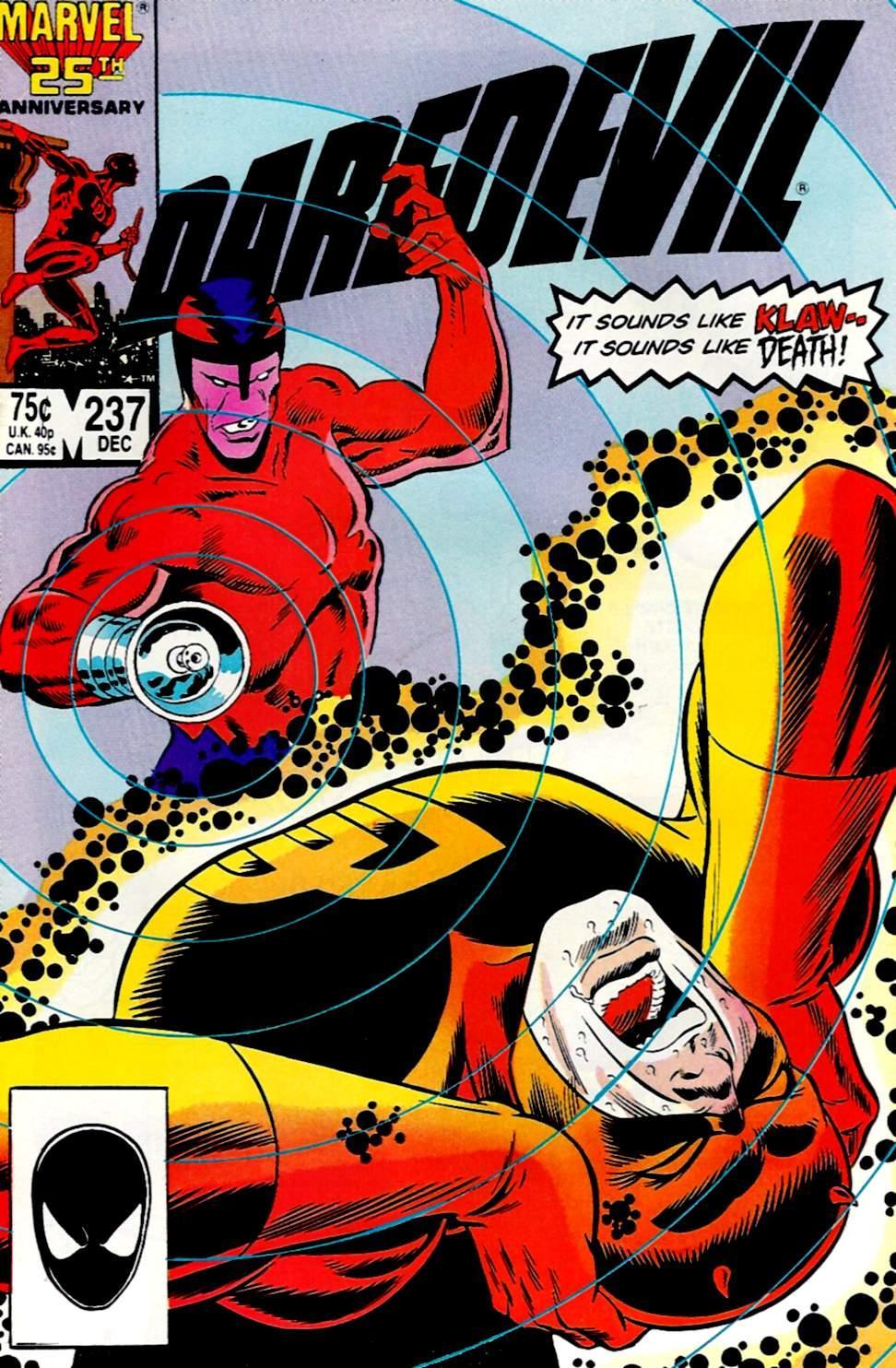 The man who depends on super-hearing fighting a sound-based villain is a good concept.  But instead of presenting an interesting take on a sensory match-up, Klaw does his usual solid-sound schtick that’s, frankly, pretty stupid.

It just makes him like a lamer version of DC’s lame Green Lantern.  And anyway, Daredevil beats him. 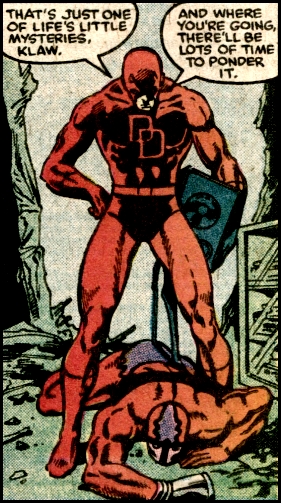