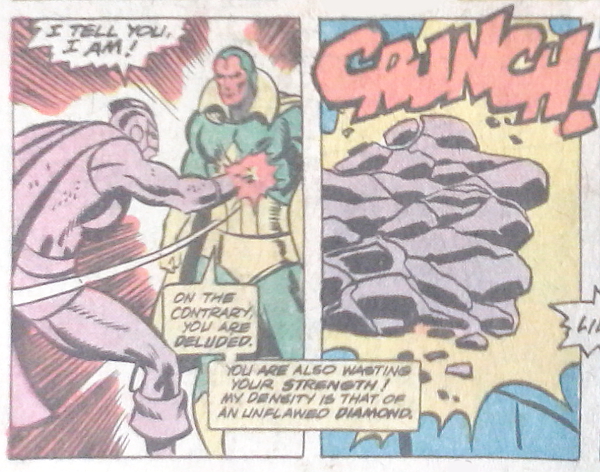 There was a bunch of fighting before this, too. 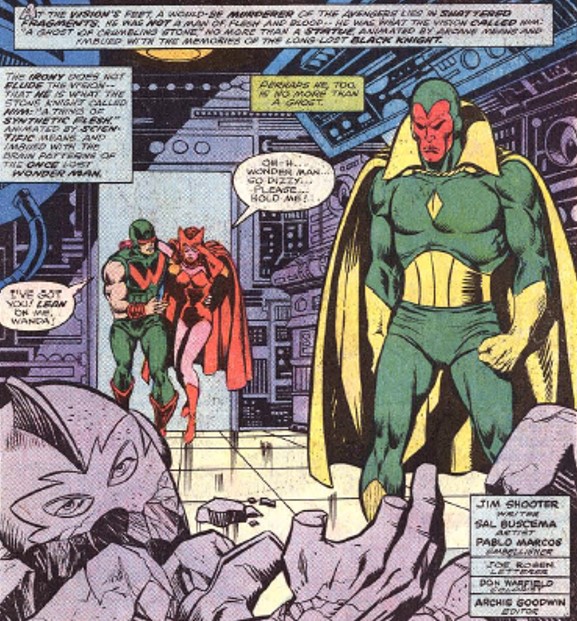 At the beginning of the next issue, Wonder Man is offering some support to Wanda after last issue, where the Avengers shattered stone statue Black Knight to bits and now have to figure out what to do with all the pieces. 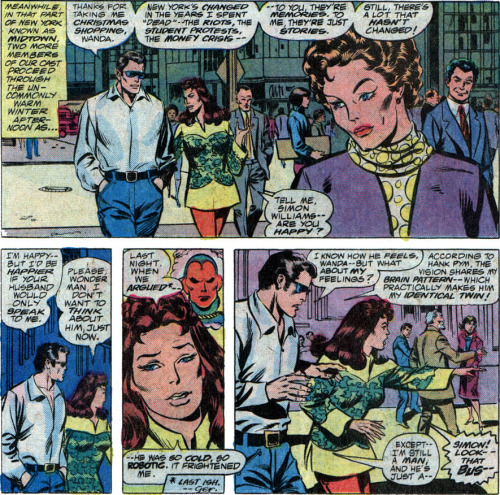 Very jealous.  And that’s just in the first two pages.  Then, Iron Man comes along… 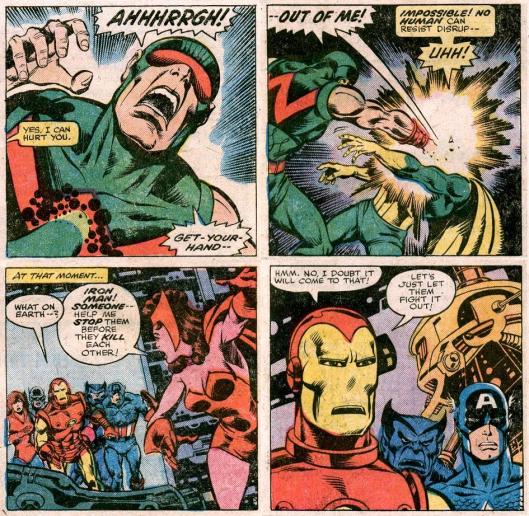 Seriously, dude?  They’re breaking everything and you’re just gonna let them fight it out? 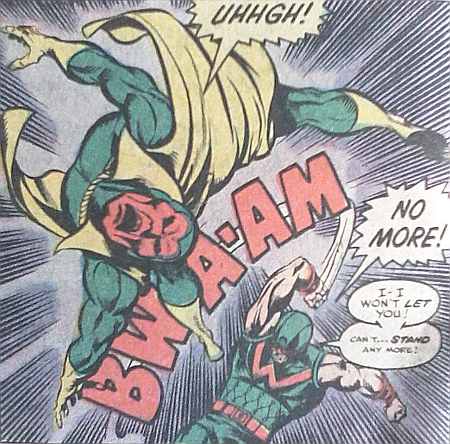 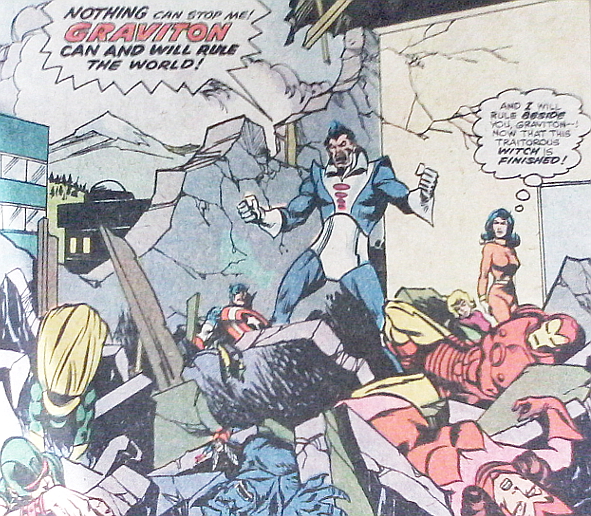 And at first he wins.

But in the end, of course, he doesn’t.

Graviton looks exactly like Count Nefaria.  Only not nearly as cool. 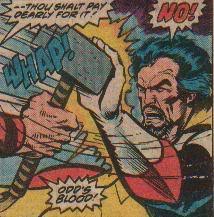 He was such a dopey character, in fact, that he later took on the Great Lakes Avengers.

The character did make it on to the latest (and greatest) Avengers cartoon, though: Avengers: Earth’s Mightiest Heroes, so I guess some folks actually dig him.

And he’s even in an old Game Boy game….