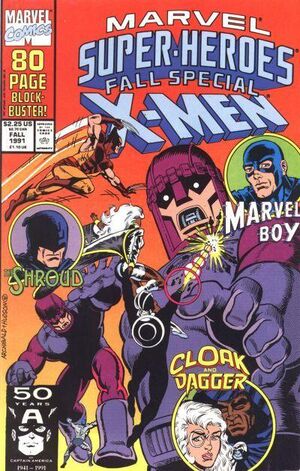 Now then, three solo tales–and some of the best ones we’ve seen in this (or any) anthology title. I know that’s a bit of damning with faint praise, as these anthologies tend to attract dresser-drawer scripts and unknown creators, but this was still a good read.

Let’s start with the best of the three: Cloak and Dagger.  Peter David wrote it, which of course is a big reason for it being of superior quality.  In a very small space (20 pages), David weaves a storyline with multiple subplots and points of view.  An old superhero, who now lives in the sewers protecting a homeless tribe, is discovered by his old nemesis, Stinger, who has a bunch of thugs working for him and using his “stinger” rays.  He tracks him to his sewer home and the two have their final fight of their careers. In the meanwhile, Cloak and Dagger rescue a young homeless girl who is a part of the tribe so they, too, are involved in this old battle that is re-playing in the sewers.  They protect the innocents while the old hero and villain have their big fight.

Either one of these could have been a story on its own: Two senior citizen foes re-meeting or Cloak and Dagger protecting innocent runaways from criminals.  Combining them makes for a much more interesting narrative.

The art is solid, by Gary Hartle, a relative unknown artist who did some work on Thor and Conan.  Grade: B- 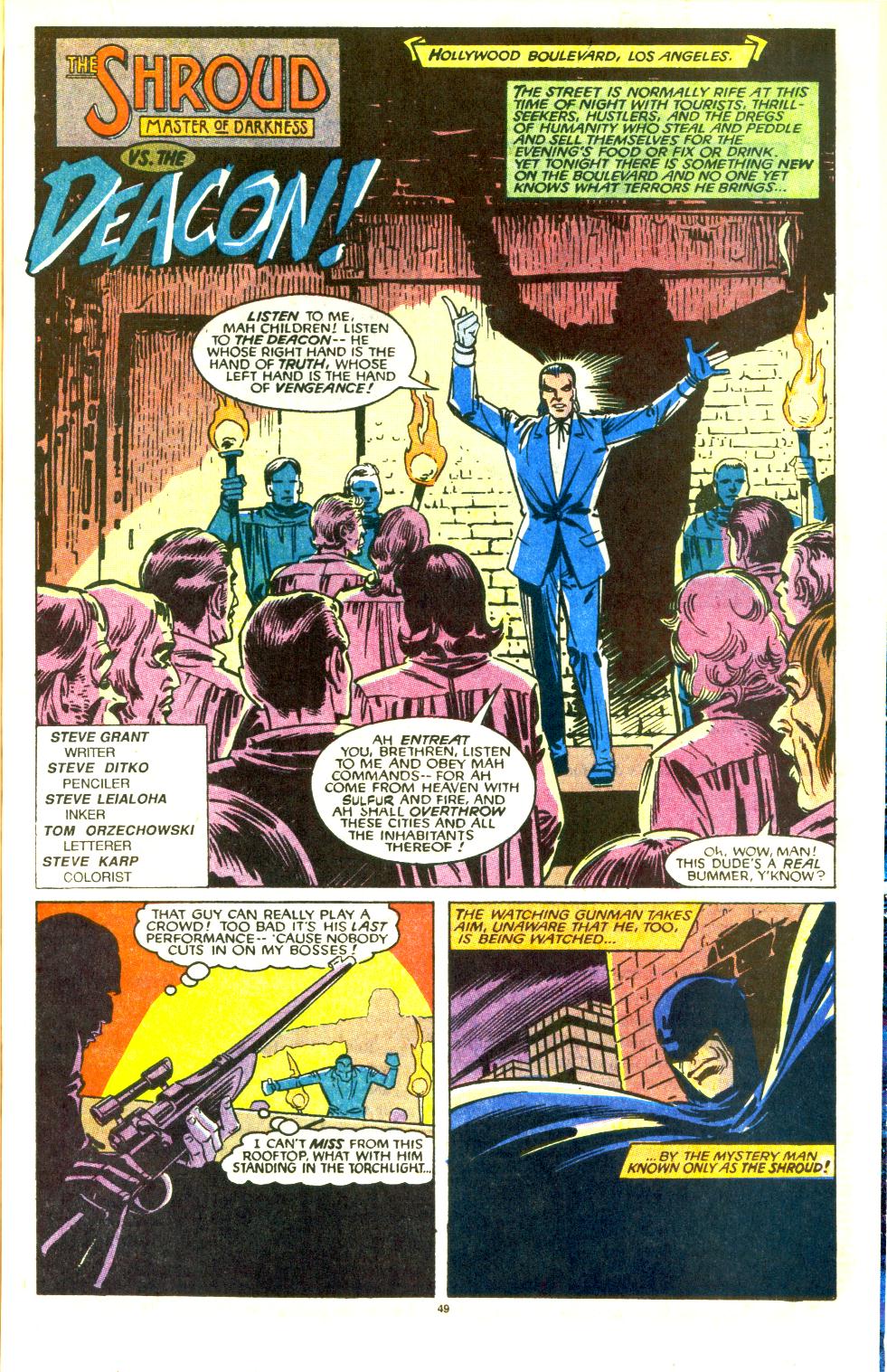 Next, it’s “The Shroud vs. The Deacon,” which is a fine action story of Shroud fighting a cult leader.  Nothing great, but better than expected for an anthology title, with a script by Steven Grant and art by Steve Ditko who, for once, isn’t contributing a substandard Speedball story to an anthology.  Grade: C

Finally, Marvel Boy (the child version of Vance Astro/Justice) takes on the wrestler “Gator Boy,” who appeared once during The Thing’s wrestling career.