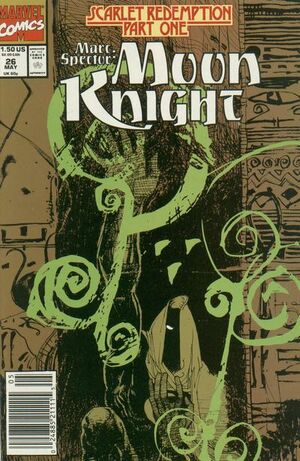 Look at the cover!  Bill Sienkiewicz is back on Moon Knight!  Oh.  Wait.  Look inside. 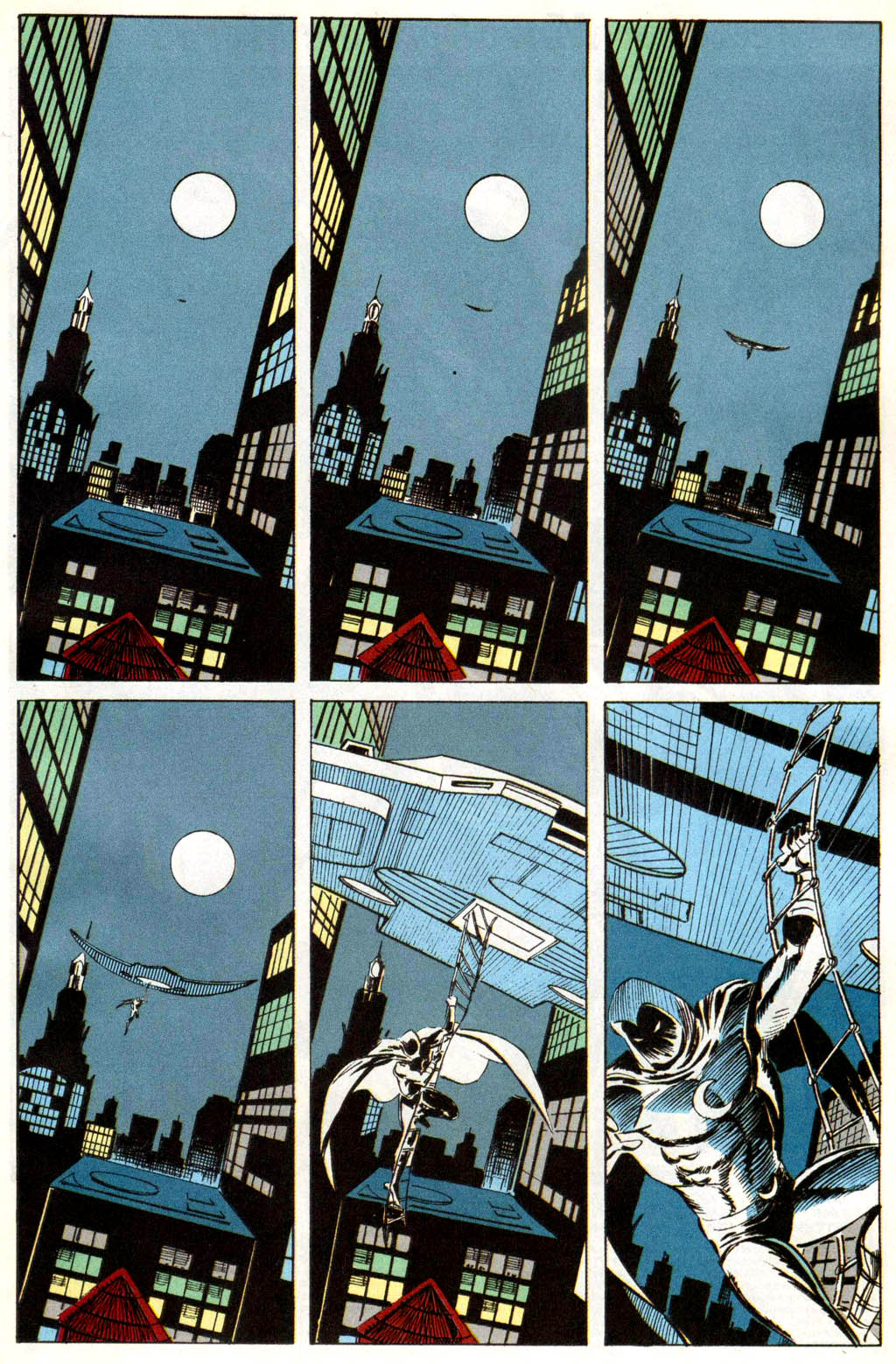 But it’s not bad.  JM DeMatteis returns to Marvel and they give him their version of Batman to work on.  He in turn decides to go back to the golden age of Moon Knight–the original Sienkiewicz/Moench stuff–to bring back his foe Scarlet.

Sadly, it uses the mystical side of Moon Knight, which is the character at his least interesting.  Scarlet and Moon Knight are invading each others’ dreams, until she kidnaps some of Moon Knights crew to lure him in, gets him, nearly kills him, then asks him for help.

Such are the ways of the femme fatale.  Right after this, she throws him off a building.

She’s a cult manager now, too.

By the end of the protracted storyline, Moon Knight defeats her and she falls in the water and drowns.

On the last page, we’re promised a team-up with Spider-Man against Hobgoblin. 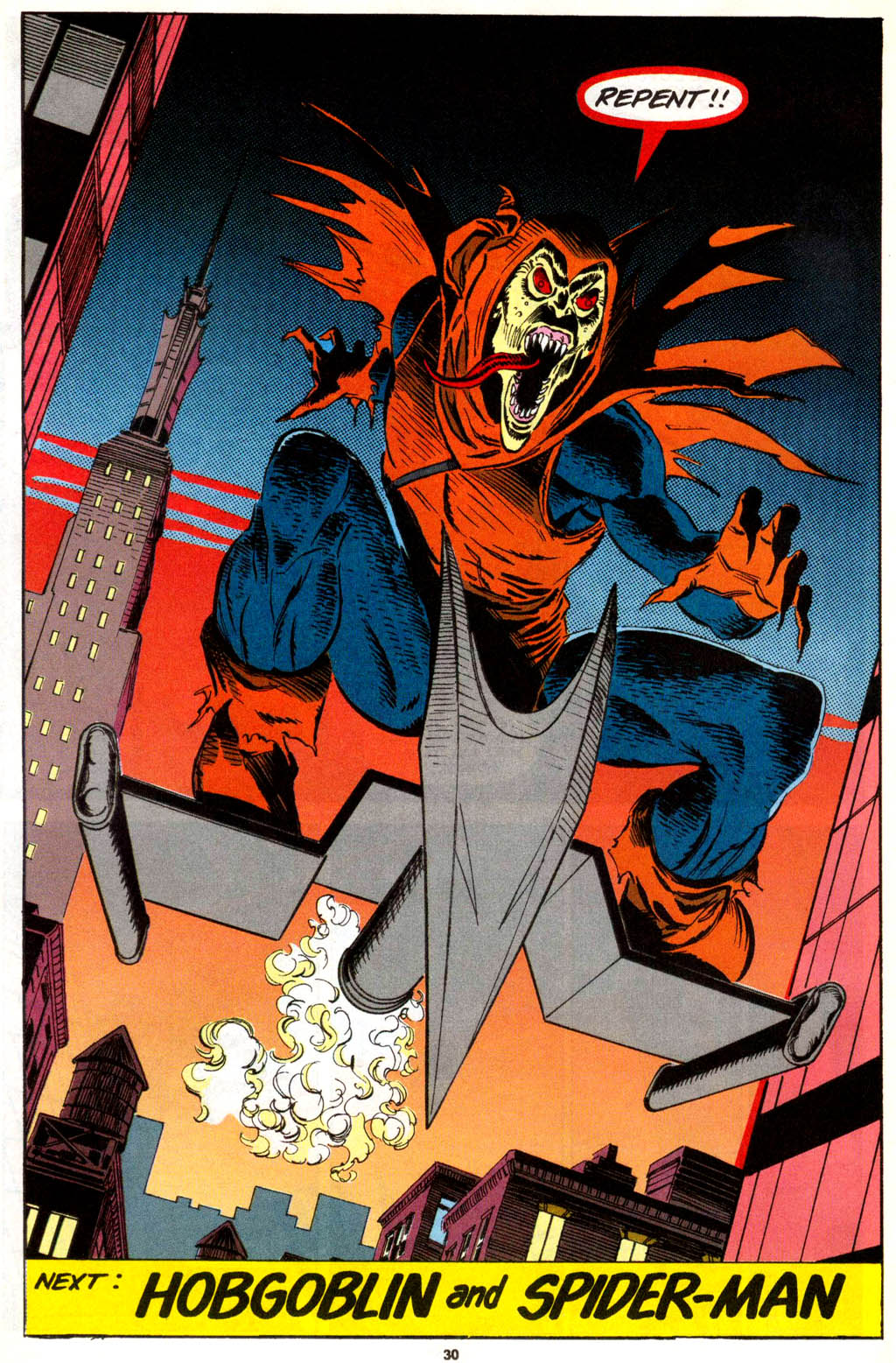 This isn’t terrible, but it’s far from great.