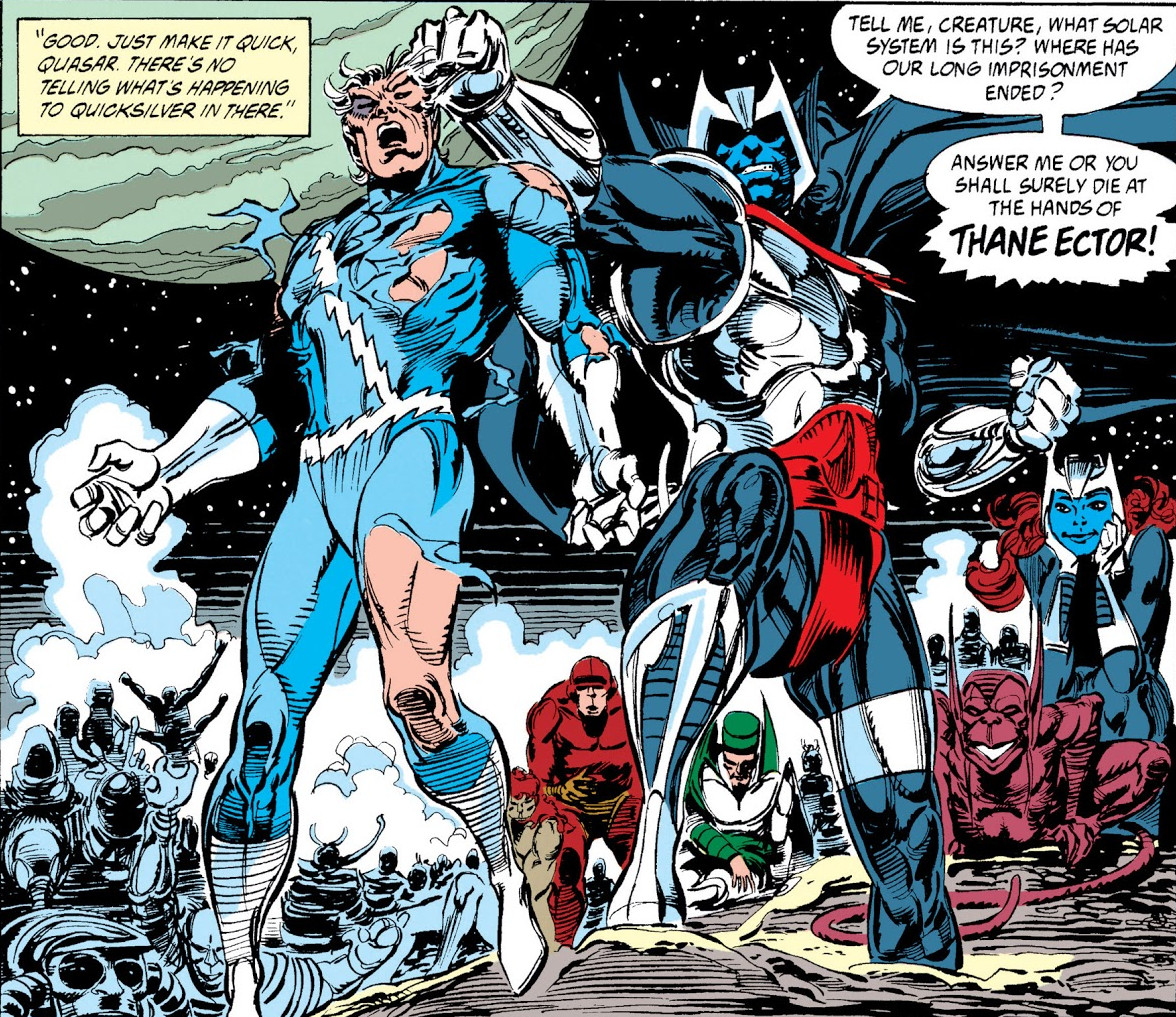 The Inhumans’ Moon city is attacked by a new group of aliens called The Brethren, led by “Thane Ector” (never to be seen again).

The Avengers go save the day.

Uatu shows up and gives the heroes more information about The Brethren, telling them that they are a most-feared race of aliens, and helping them invade the aliens’ ship.  But, again, nobody every looked back at these issues and decided it would be fun to write another Brethren story.  Plus, Uatu’s interfering again. 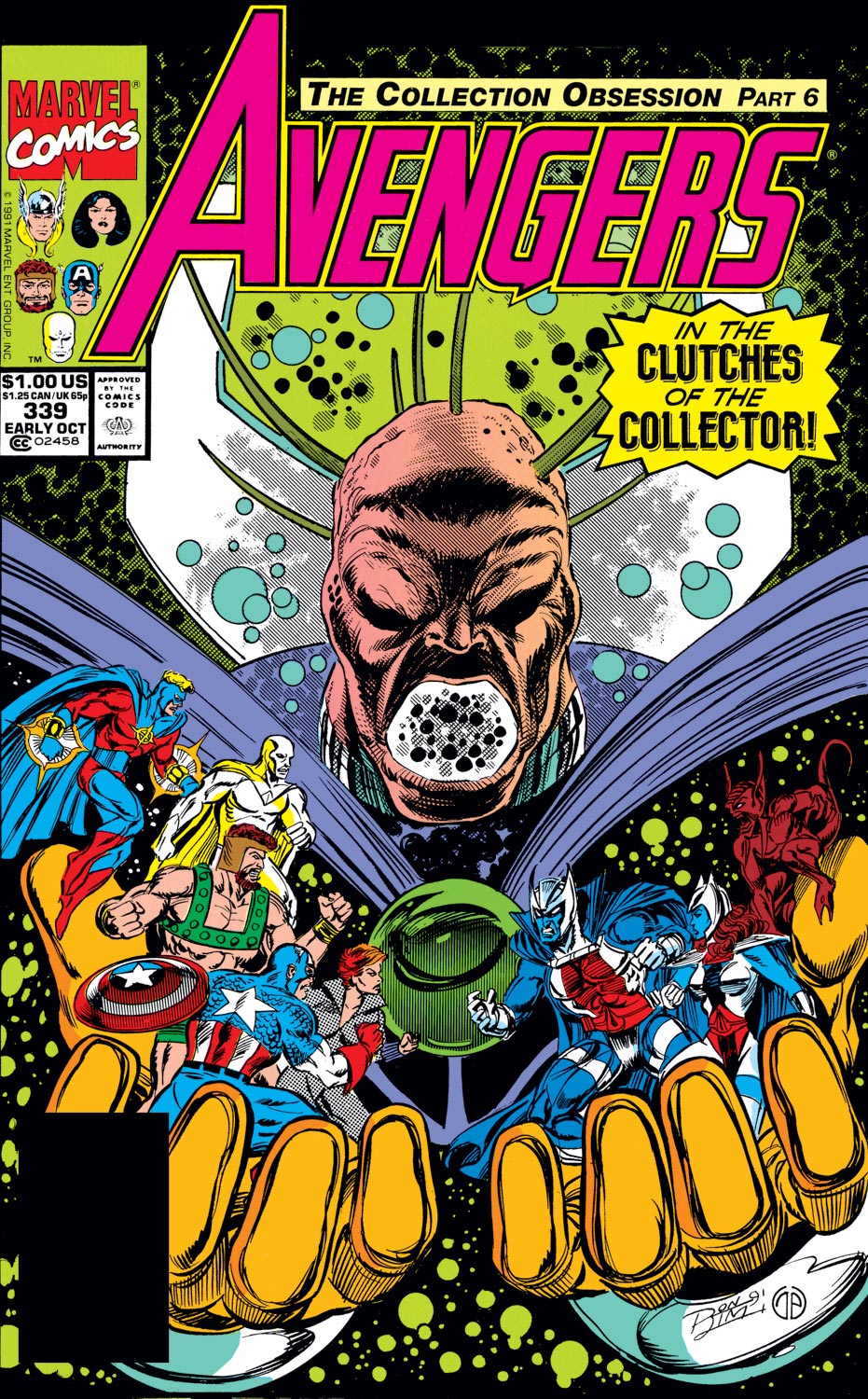 Anyway, it turns out the Brethren were working for Collector, who was holding the race hostage.  And then at the end, there’s a big text explanation about how important this story was.

But, once again, it really wasn’t.

Steve Epting is credited as “Steve Eptig” for his first issue of The Avengers with Bob Harras scripting.  The arc is pure crap.  As is Epting’s art.

Obviously, he hadn’t mastered his craft yet.