Note the irony: His mind projects a visible image of an invisible thought of the invisible girl in a visible moment.

Finally, Reed shows that he’s got a dirty mind.  Also Johnny wants to play with the new device. 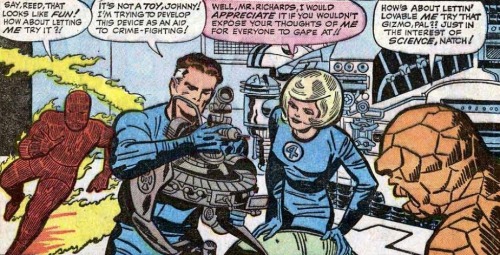 Reed is thinking of proposing to Susan…

But so is Prince Namor.,, Reed gets all “lemme attim!” and races after her alone. 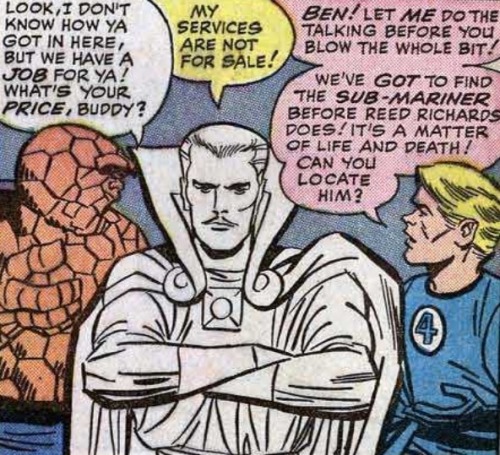 Without their leader, Ben and Johnny try to no avail to locate Reed and Sue, so they ask for help from Dr. Strange. 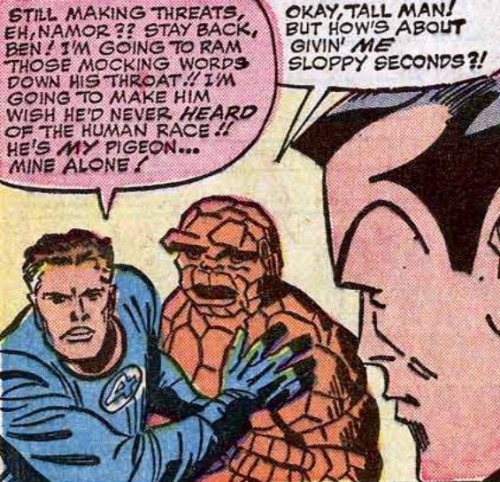 Reed wants to have a go at Namor first, and Thing wants “sloppy seconds.”

They go to Atlantis and rescue them, and Ben juggles Atlantean soldiers.

Sue tells Namor she doesn’t love him, which gets him to back off, but as they are leaving, Reed doubts it.

Reed wonders whether he’s really man enough for Susan, seeing as how Subby is all muscles and everything.  He wonders if she really likes him more.