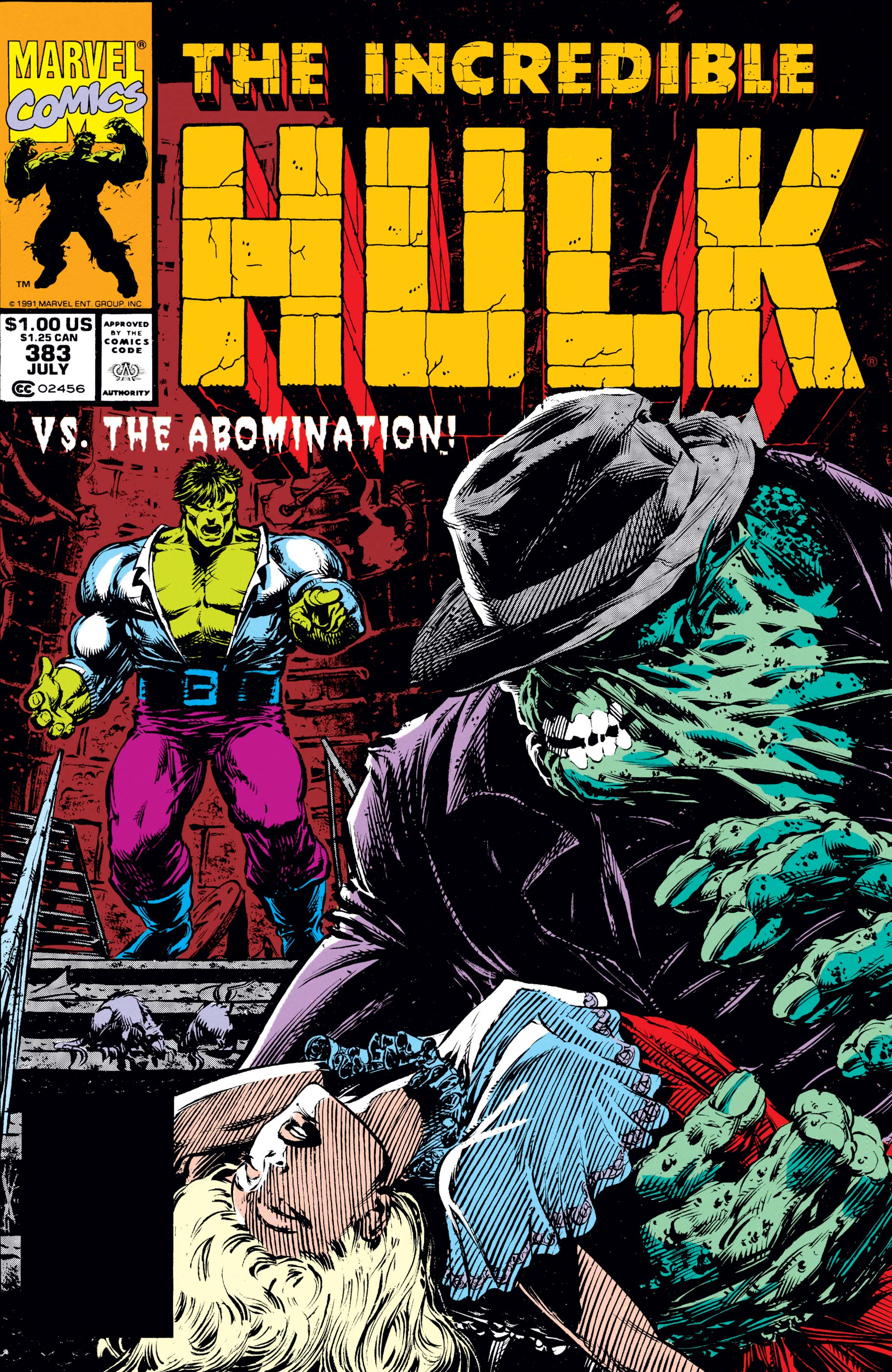 The cover to issue #383 promises a fight with Abomination that, thanks to Thanos and some pretty ingenious plotting by Peter David, never really comes.  But before all that, some very nice character moments.  Betty Ross has been staying with Marlo, Mr. Fixit’s old girlfriend, and she wakes up to find her hair is green–which immediately makes her think she’s becoming the gamma mutate Harpy again… Turns out, the gals decided she should dye it while they were very, very drunk.  Hulk approves. Meanwhile, Abomination is stalking his old girlfriend (from the days when he was in his human, Emil Blonsky form).  He eventually kidnaps her and Hulk goes to rescue her because he’s got Banner’s brain now and is a hero.

The romance stories of two characters, Abomination and Hulk, parallel each other.  Abomination’s girlfriend is horrified at his new, green appearance and Hulk’s girlfriend, Betty, isn’t sure she wants to be involved with him despite having Banner’s brain if he’s going to occupy Hulk’s body because it reminds her too much of their past.

Hulk catches up with Abomination and the fight starts… 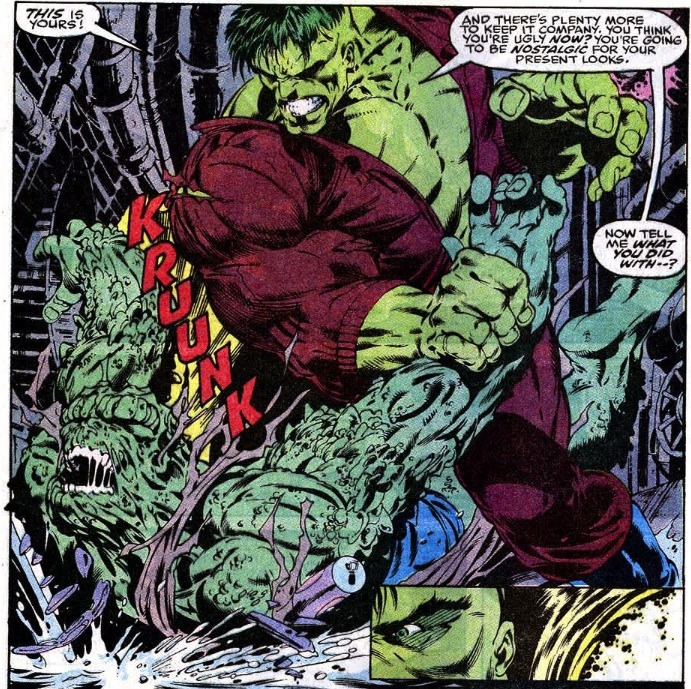 …but barely gets going when a warp vortex appears and Hulk is sucked away into the Infinity Gauntlet event, where he is shrunk (in Infinity Gauntlet #4) and returns right back where Thanos found him.  Only now he’s a few inches tall and has to figure out a new way to best Abomination. 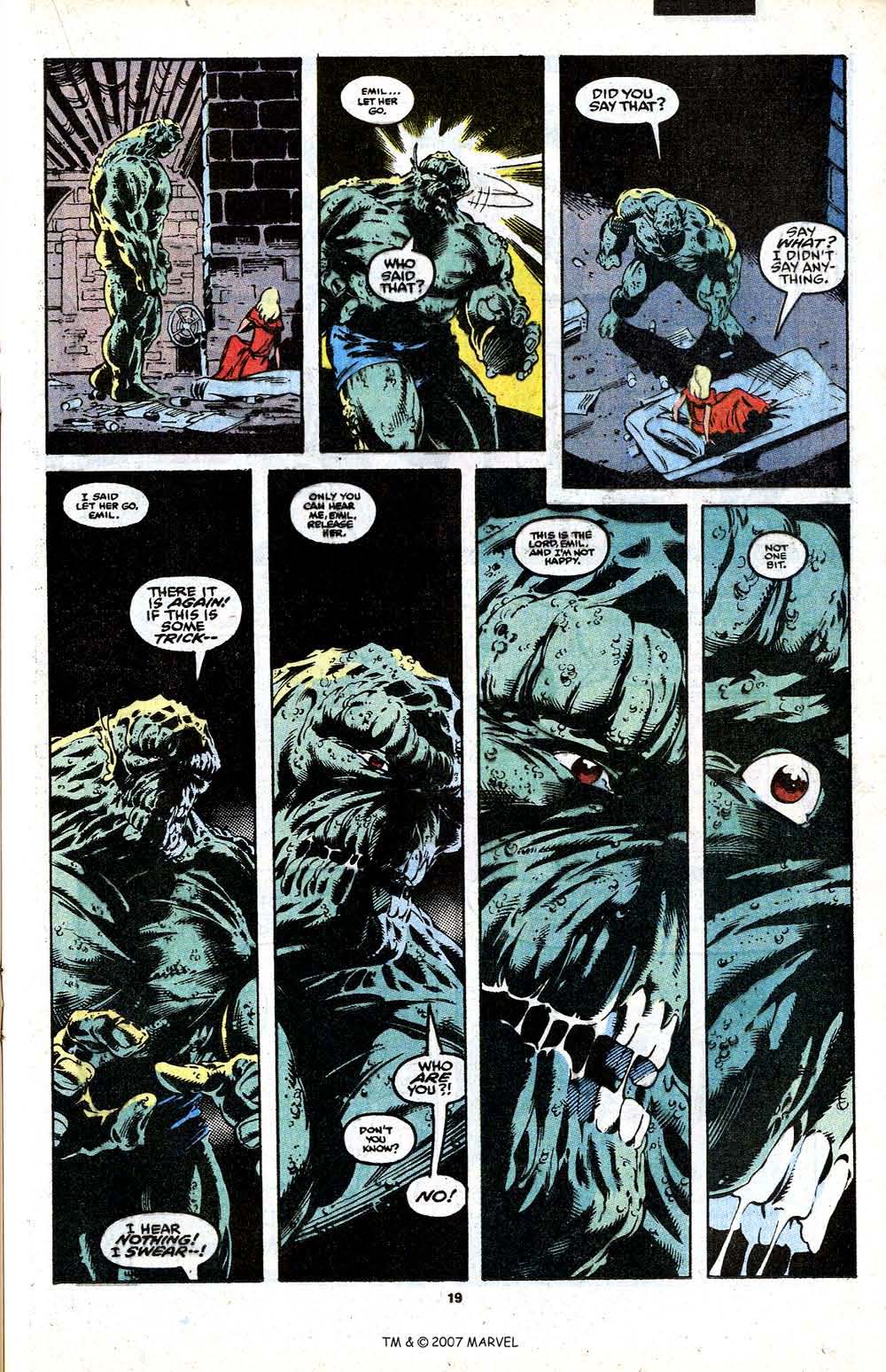 And he does so quite brilliantly by jumping up on his shoulder and being a voice in his foe’s head.

Also by hitting him with rocks.

This enables him to defeat Abomination, free the girl, and then, of course, get vortexed right back into Infinity Gauntlet #5.

These issues really maximize the potential of smart Hulk–great reading, great stuff from one of the greatest runs of all time.

Meanwhile, on the letters page…