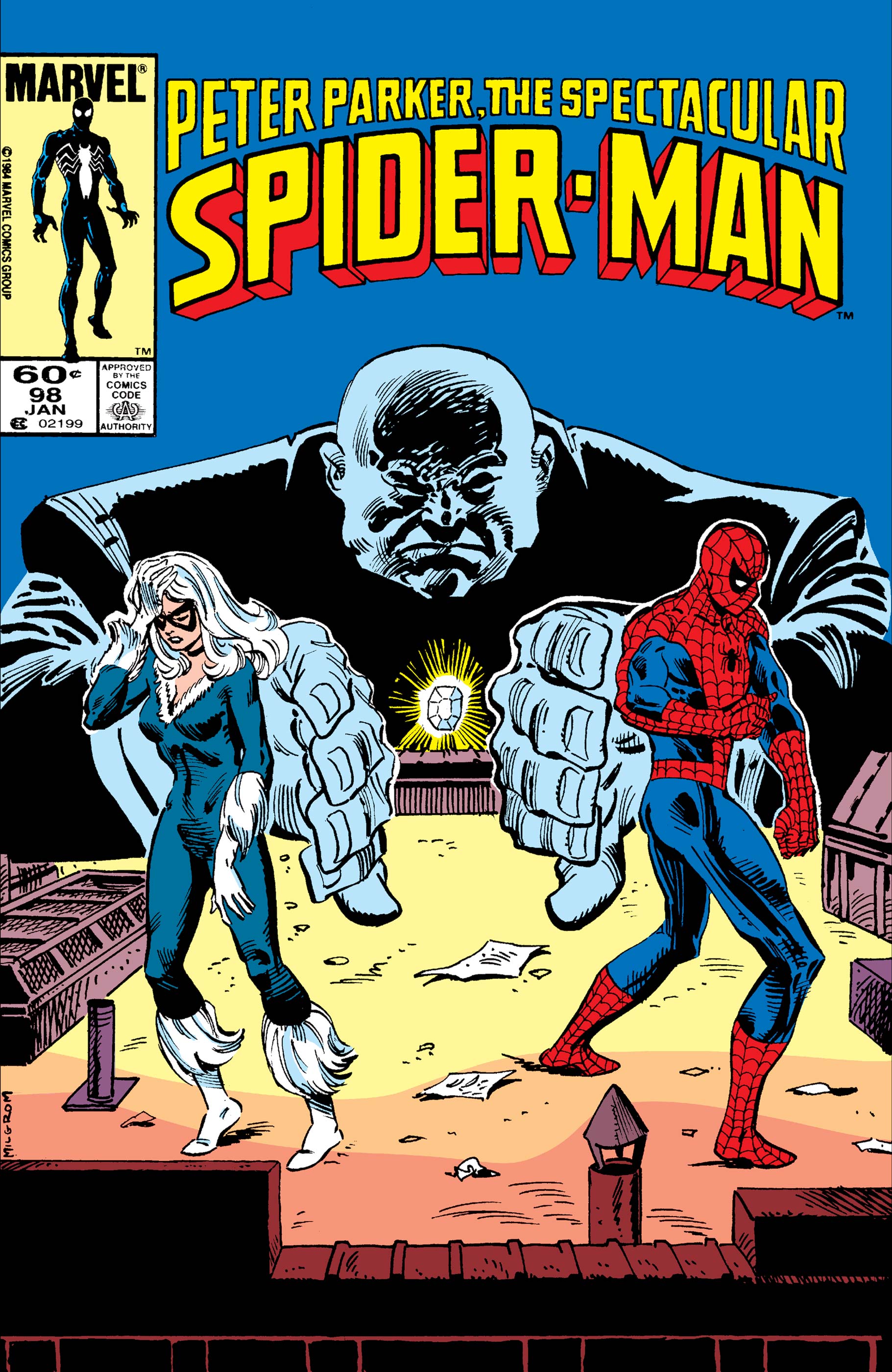 These two issues develop the story of Black Cat/Kingpin/Spider-Man, and the cover of #98 is pretty cool.  Spider-Man, during the last big arc, heard Kingpin say that Black Cat “owed him” something.  He wants to know what.  As readers, we know Kingpin gave the Cat her bad-luck powers, but obviously Spider-Man doesn’t know that.  And she doesn’t want to tell him. She does ultimately tell him, and the conversation is handled very well.  Also, when Spider-Man reacts by getting mad at Cat for going to Kingpin, her bad luck powers suddenly make a nearby water tower explode and douse Spidey.  Kind of funny. 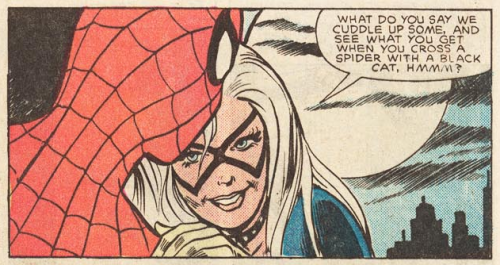 He’s now in a relationship with a girl where he can’t upset her or else she’ll inadvertently use her powers on him. Also, Kingpin is holding Cloak in a lab and a scientist experimenting him gets a fraction of his dark-dimension powers and becomes The Spot.