But Sue, apparently, gives off a “not in my backyard” philosophy.

HM uses his abilities to get the FF to fight each other, with Mr. Fantastic identifying Thing’s weakness… 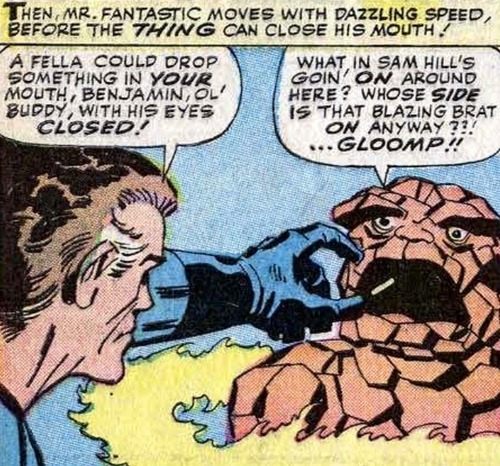 …and then they break up.  Next… 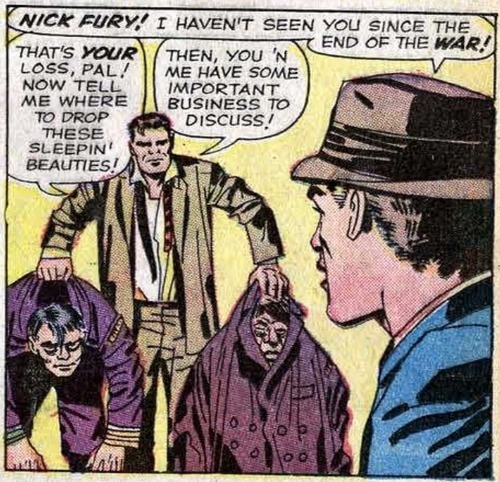 The significance factor gets raised when Nick Fury shows up.

(This is the first time Stan Lee tried to tie Marvel’s “period comics” (i.e., World War II comics) into the main Marvel Universe.)  Fury is no longer a Sargent, he’s a Colonel.  And he’s after Hate Monger.  The team re-forms and they take him down.

So, Hate Monger, dies at the end and we see him unmasked as Hitler.