For the first time, Hank is Giant-Man.

And he almost crushes himself in a house in the process! 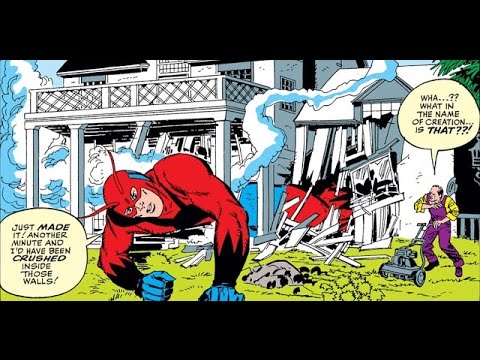 But honestly, the constance characterization of Wasp as a giddy idiot and Hank as a steadfast hero is irritating, knowing he becomes a wife beater.  Sort of like watching O.J in Naked Gun knowing he murders two people later. 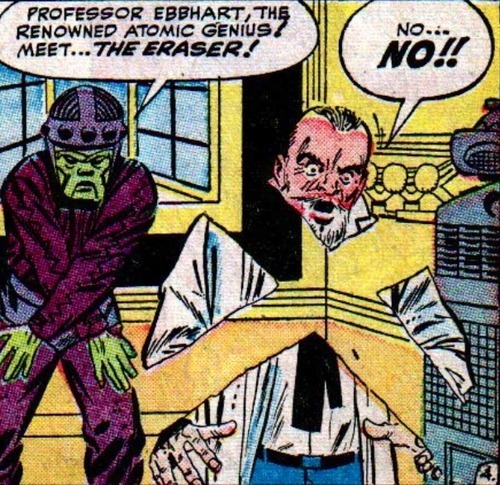 Still, it’s nice to see Stan and Jack working together on Hank again.

The villain is The Eraser, who literally erases stuff Jack drew.  He actually recurs later in Marvel history. 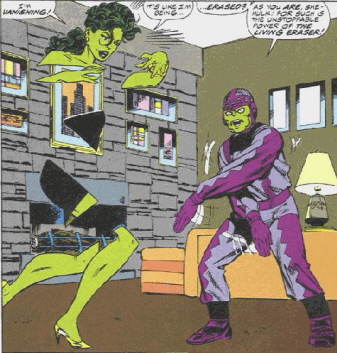 Only John Byrne’s complete adoration of all things Kirby would have brought this guy back.