Moon Knight gets his first solo story.  It’s not great–we still don’t see the character he will eventually become, but there’s a lot here.  He’s got his multiple identities of Jake Lockley the cab driver, Steven Grant the millionaire, and, of course, his caped crusader identity.  He’s clearly a Batman knock-off, but taken to the extreme–almost like a parody. The adventure is kind of political: He fights Conquer Lord, who is leading an attempt to assassinate the Mayor of New York.

The adventure is kind of political: He fights Conquer Lord, who is leading an attempt to assassinate the Mayor of New York.  The final battle is literally on a giant chess board.

But there’s also an introduction to some of his regular side characters.  The large cast was part of what distinguished Moon Knight: Each of them were fully formed–no ciphers, none of them easy to understand.  We meet Bertrand Crawley, the fly-covered homeless man.  Crawley will become much more distinct later, when he has longer hair and doesn’t look quite as cartoonish… We also meet Marlene Fontaine, the daughter of an archaelogist who will be tied to Moon Knight’s origin and who knows MK’s secret.

Moon Knight next appears in The Defenders.  It will be a couple more years before he becomes awesome.  Still, it’s fun to see the character and the various things he uses to fight crime as they develop. 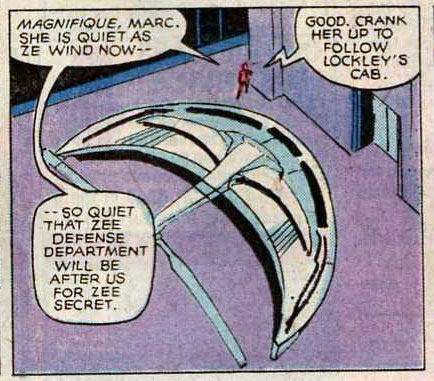 This comic introduced the first custom Moon Copter.  There would be multiple iterations (for a while, it seemed to change every few issues), but this is what it looked like in the Official Handbook to the Marvel Universe…. 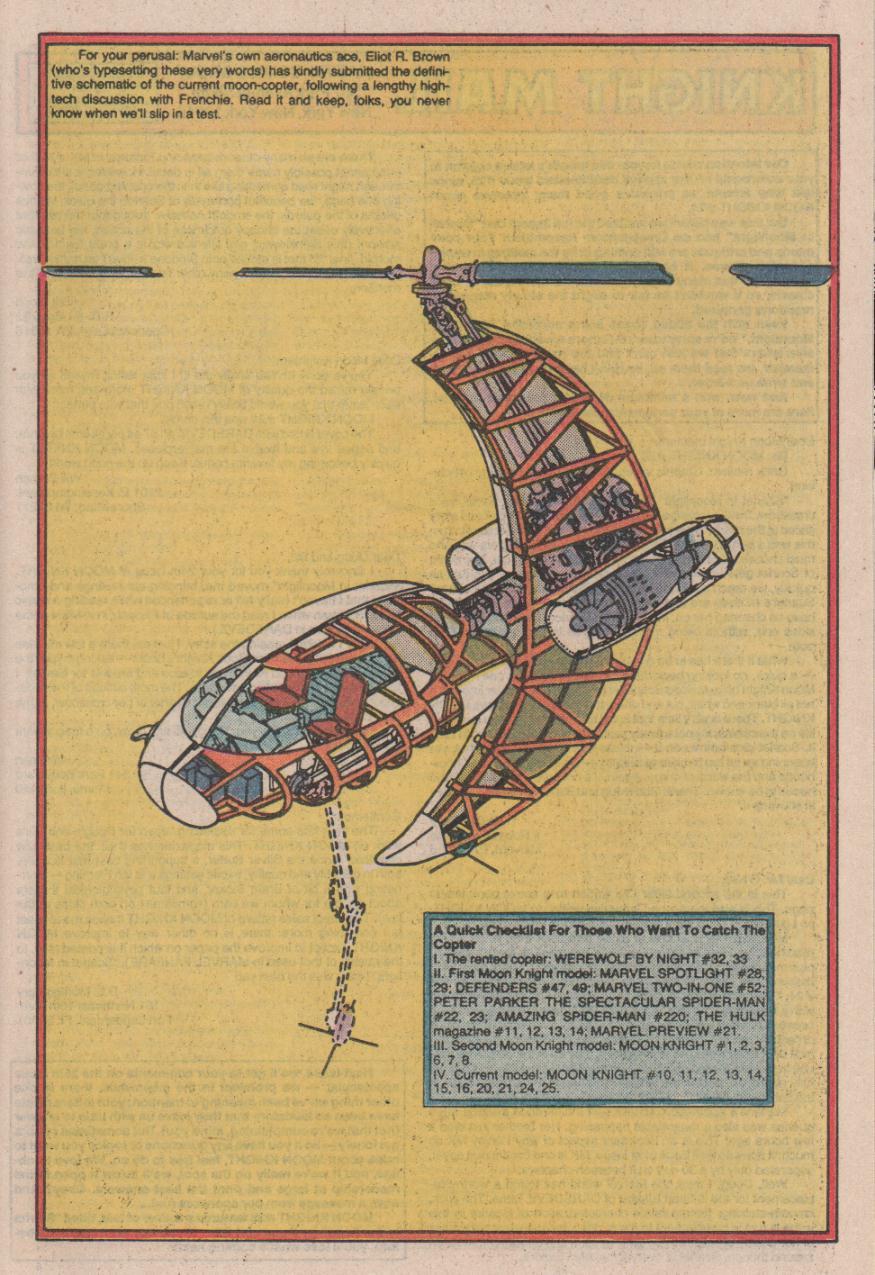