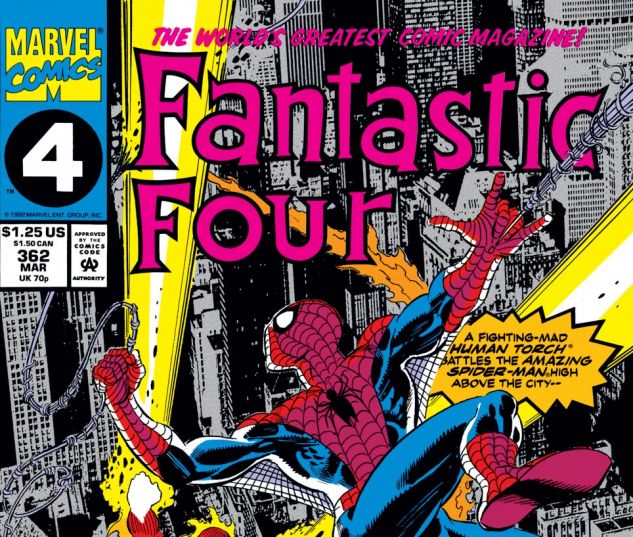 Throwing Spider-Man on the cover is consistent with Marvel’s mandate of using a few very popular characters to hype every other book, but how cool would it have been to see Punisher interact with the First Family of comics?  Anyway, this is…Not a good arc. 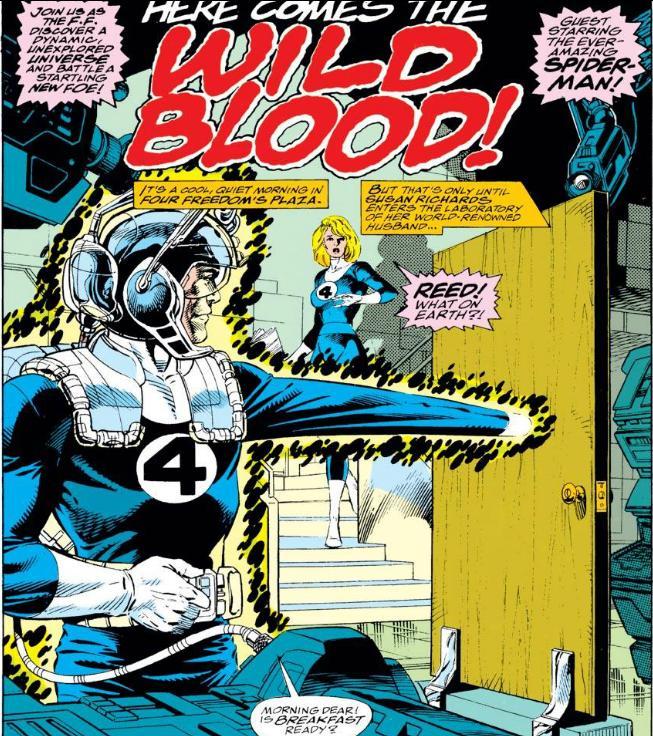 It starts out OK, with Reed doing experiments and then Spider-Man trying to cheer up Johnny Storm, who just found out his wife was actually a skrull impersonator. First, he makes a web bat to scare his old buddy.  Then, Johnny gets pissed and starts hurling fire at him across New York.  Guys, that’s reckless as hell.  But Marvel liked the image so much it became a trading card. And then Johnny worries he might have hurt Spidey, and ends up caught in a web. 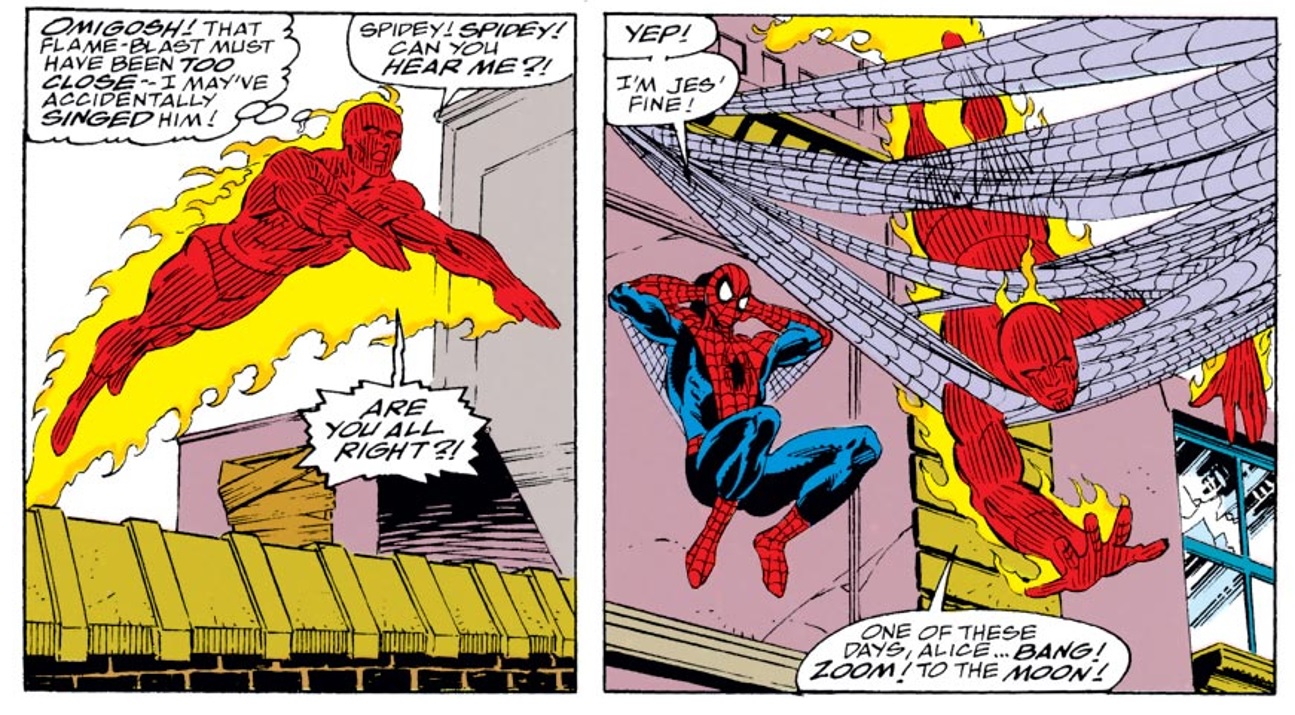 Spider-Man should use his webbing like that more often, since, yeah, that’s what webs are actually supposed to do.

But after this nice sequence, it all goes to crap.  We start with a trip to the “inniverse.”

Because at first Reed thinks his son is dead… 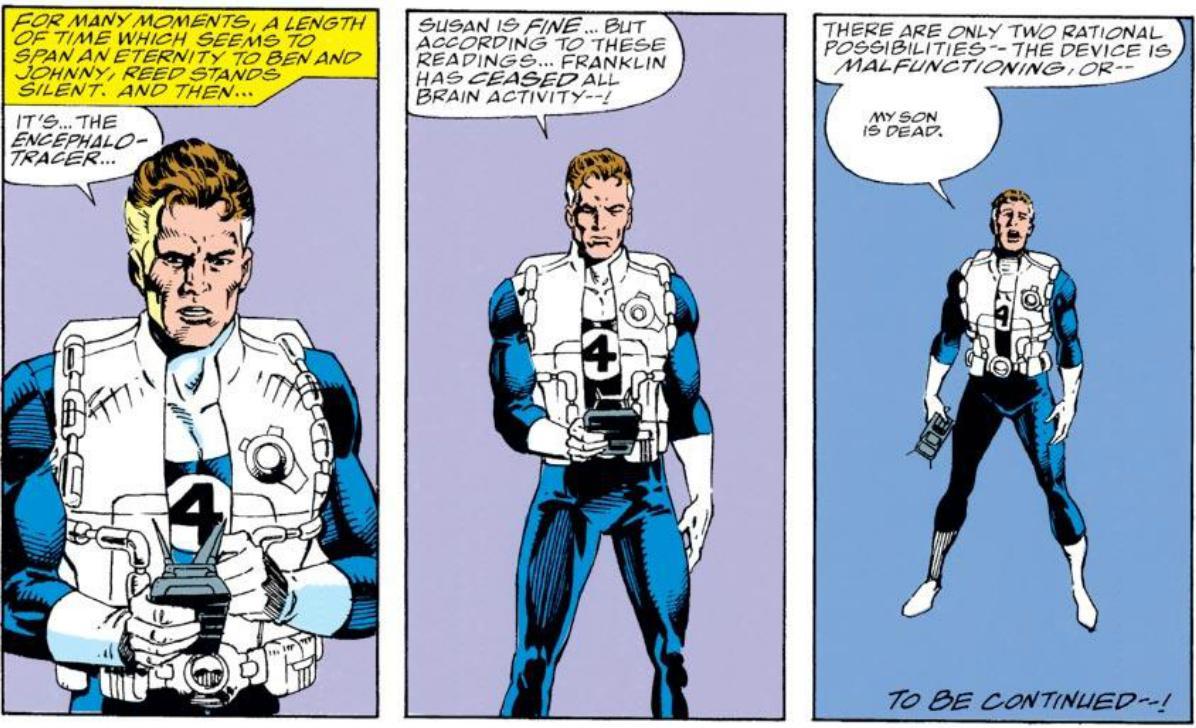 …but actually Sue and Franklin were captured by Oculus. 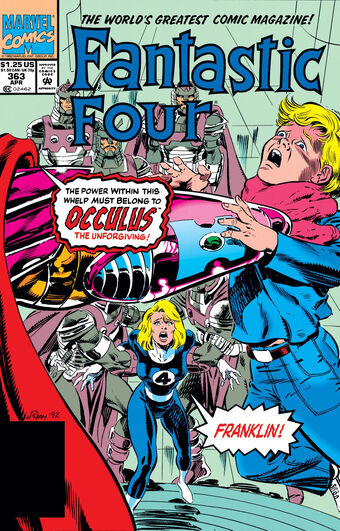 A villain so lacking in imagination that we will never see him again. 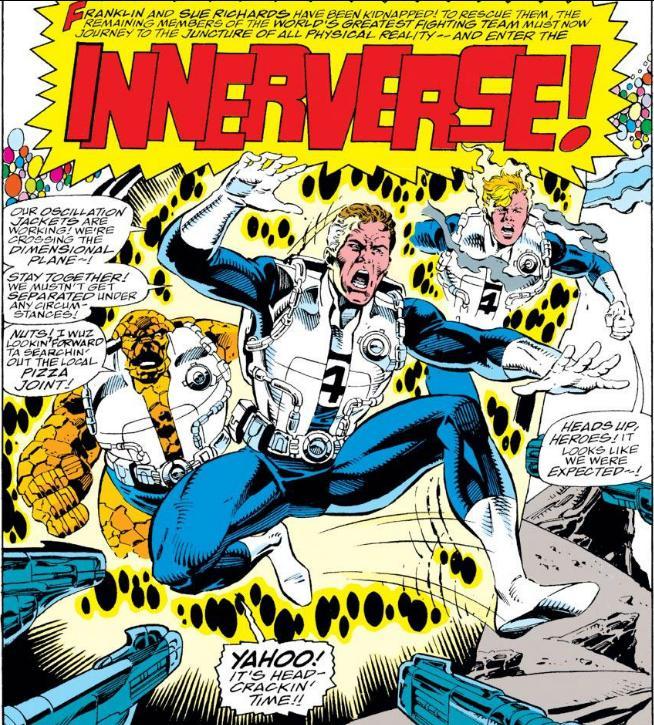 Of course, there’s barbarian warriors in this new dimension.  Because, why not?

Anyway, to help save the day Thing gets silly.

And sling-shotted (an FF version of the old Fastball Special). 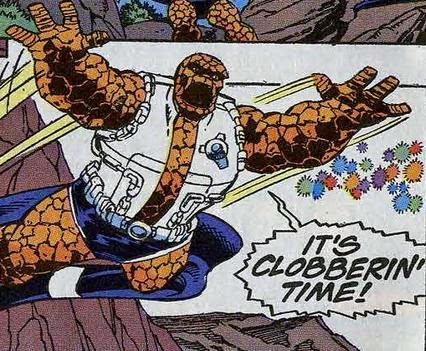 Reed uses a traffic-light gun to save the day. 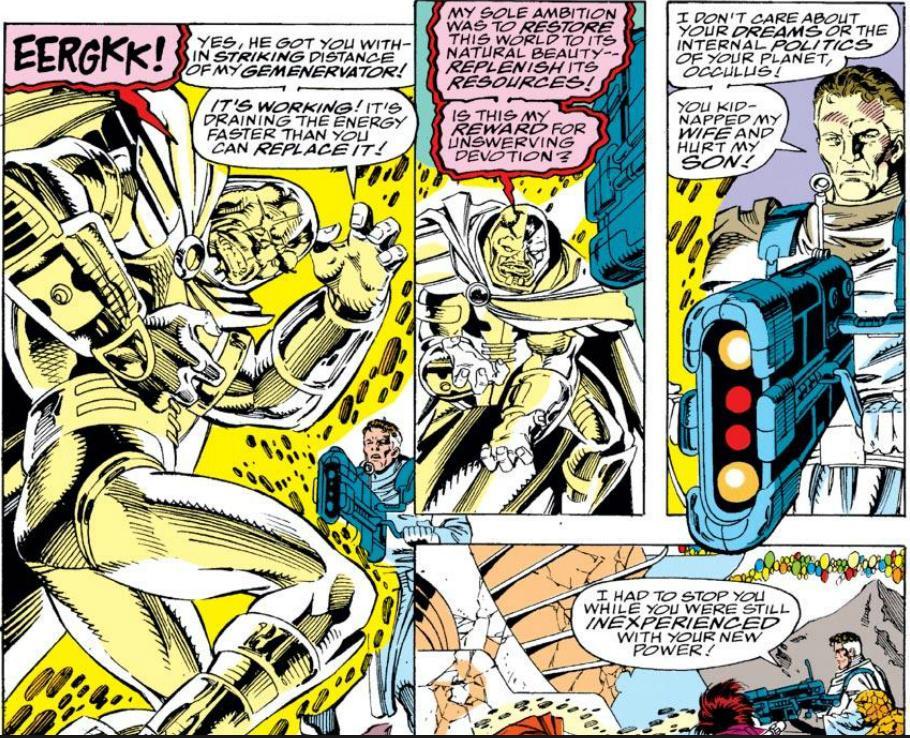 And we end up retreading ground so worn it’s worn out….

And speaking of old ground, Sharon Ventura appears in a few panels of side-story. 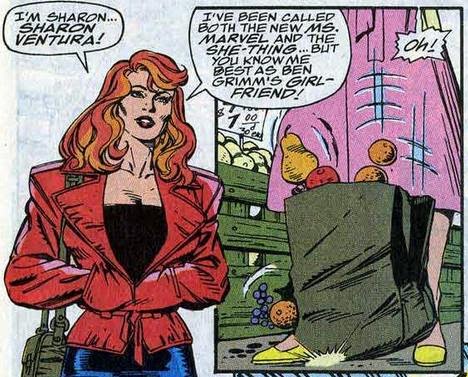 She’ll be returning to this book, too.