It’s issue #4, and this is the third time he’s reverted.  Torch is right, he oughtta be used to it by now. 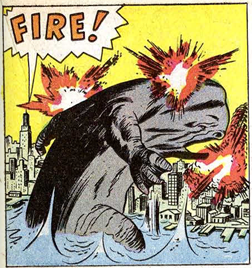 This is the issue where they first met Namor, and he developed a long-running crush on Sue Storm–first Silver Age appearance of the character, and the one where he starts to get defined as the angry prince.  It’s also the first appearance of a “Giganto,” which are an Atlantean race of whale(ish) creatures with arms and legs who are bigger than buildings and love to attack the mainland at Namor’s command.

Very Godzilla-like.  And this isn’t the only notable influence of Hollywood on Stan’s early stories; it’s also worth noting how Stan Lee seemed to attempting to emulate television in his writing.  There’s a tossed-off scene where Sue Storm drinks a soda and freaks out a store patron… …It’s completely unnecessary, but it feels like something from The Munsters.

At one point, Human Torch goes missing and Reed commits an assault trying to find him. 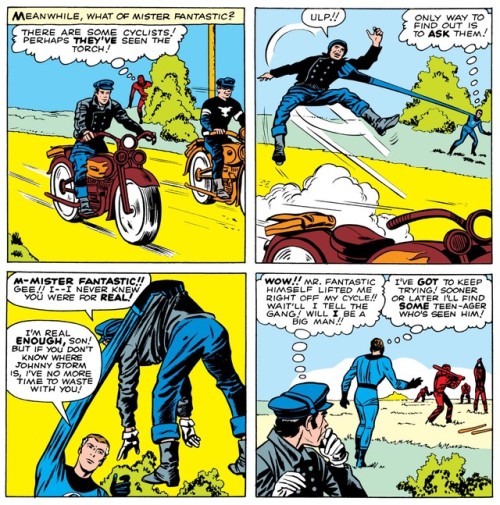