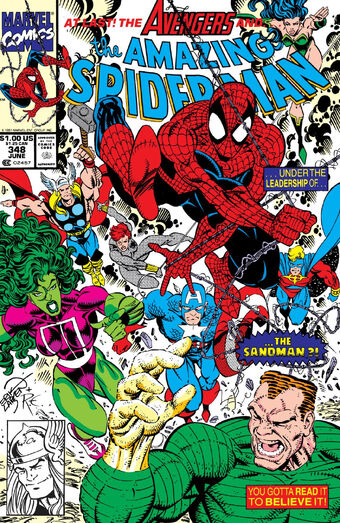 This issue takes place while Sandman was in The Avengers, following his period as a member of Silver Sable’s chaotic good Wolf Pack.  I really dislike the idea that a guy who committed dozens of acts of violence and destruction could become a hero without a whole lot of contrition.

In this issue, he and Spider-Man foil a crime but Captain America thinks Sandman was way too careless and kicks him off the team.  Strange that this didn’t happen in the pages of the Avengers own book, since it’s a line-up change, but whatever.  Nobody wanted to see Sandman on the team anyway.

There’s also a very odd interlude where Spider-Man claims to have PTSD. 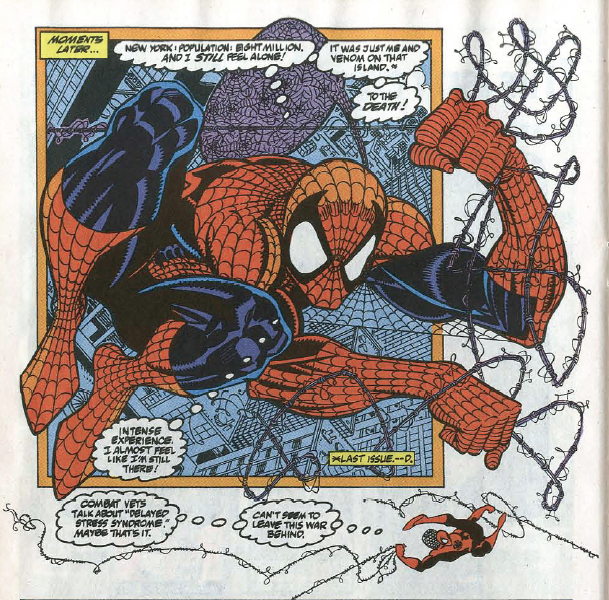 Really?  Out of everything that’s happened to him, leaving Venom on a deserted island is the thing that haunts him?

This issue also previews next issue’s story, a focus on Black Fox.