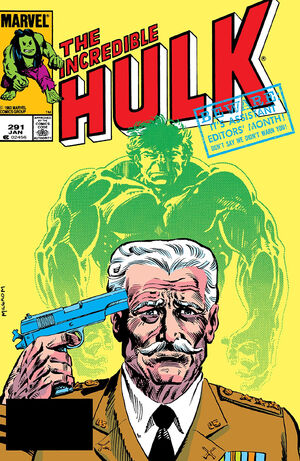 It’s Assistant Editors’ Month, which is supposed to be kind of silly and playful.  But look at that cover.

I mean, Ann Nocenti is in the corner box.

But Ross with a gun to his head?  Not funny.

She’s also in the comic. 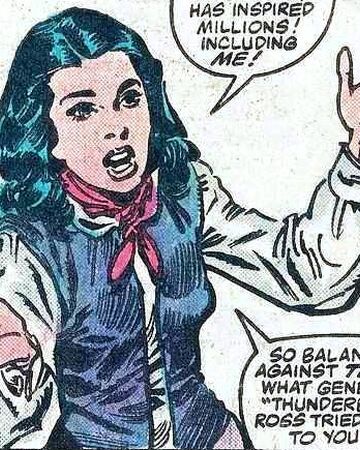 Nocenti has always been a little different from the average writer/editor, in tone and content, so it makes sense that she’s not doing something goofy.  It’s also respectful of the creators’’ attempt to tell a tough story that just happens to fall during January of 1984.

This is the somewhat famous “Old soldiers never die!” story, in which Thunderbolt Ross questions his own integrity.  He’s allied himself with MODOK’s AIM offshoot to try to kill Hulk, and he’s looking at whether a truly honorable General would do such a thing.  Lots of internal dialogue and introspection—very interesting.

He does not kill himself in the end, but does decide to resign from the Army and become a civilian.