Falcon is missing, and Captain America wants to find him so he goes to what used to be a SHIELD base, but when he gets there, it’s abandoned. And Constrictor is there, on a mission to kill Cap. 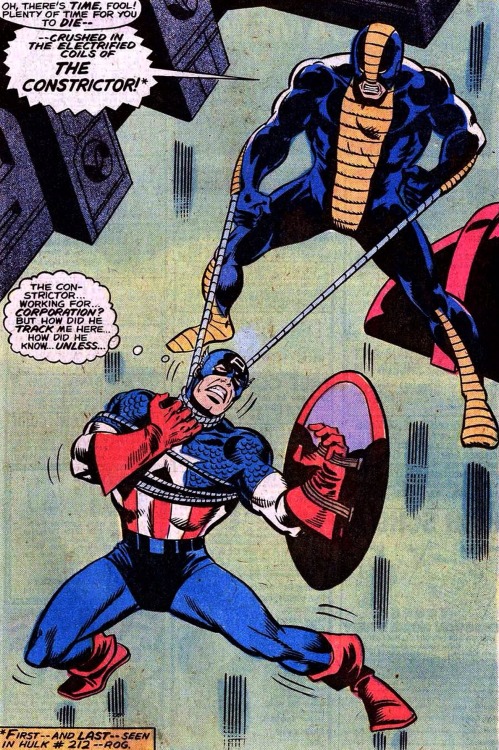 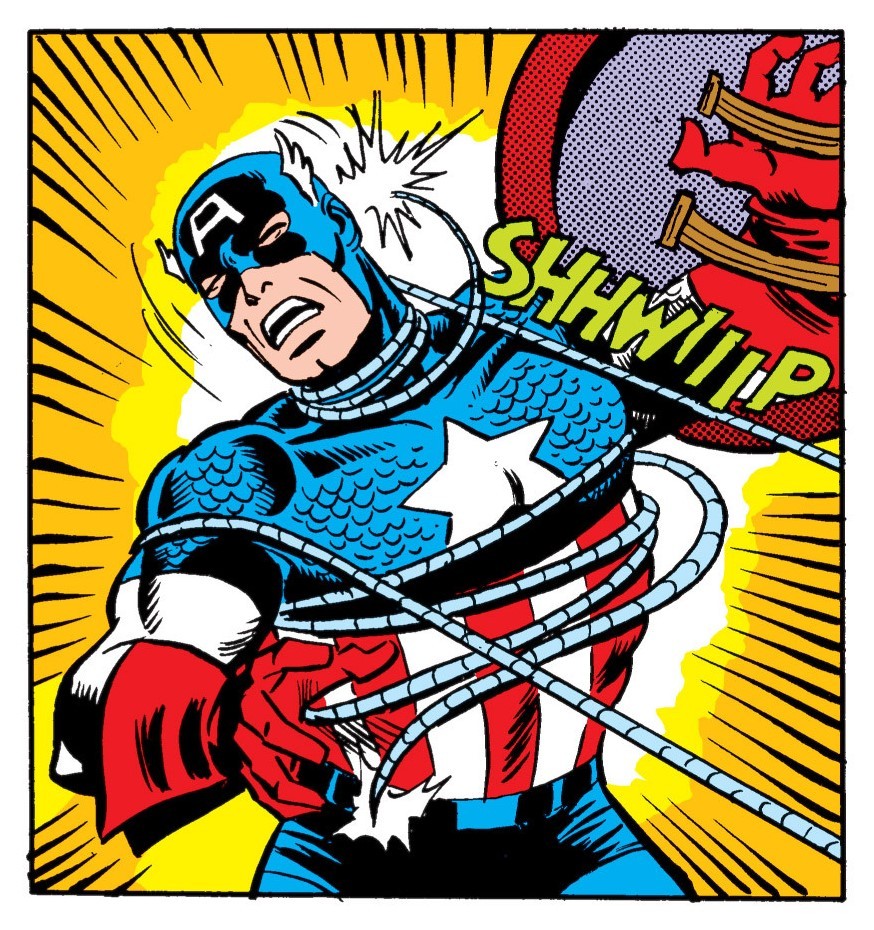 But Jasper Sitwell tells them, by remote broadcast, that the reason the base is abandoned is because it’s going to blow up in 15 minutes. Cap and Constrictor fight as the base collapses around them.

Cap saves Constrictor (and himself) by holding his shield up untiL SHIELD comes to dig them out. Cap engages the SHIELD super agents to help him find Falcon, and the search eventually brings them to Alcatraz. 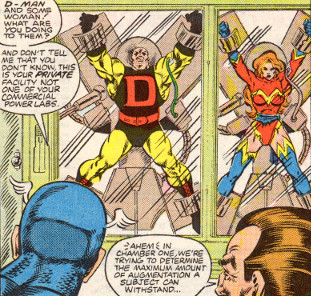 It is there where Bruce Banner and Falcon have been kidnapped by the evil “Corporation” group, who Moonstone is working for, and who also have Jim Wilson hostage.  So have D-Man and “some woman,” who are experimented on by Power Broker in his first appearance since Machine Man #7.

The Corporation was a criminal enterprise that ran through several comics in the late 1970s. 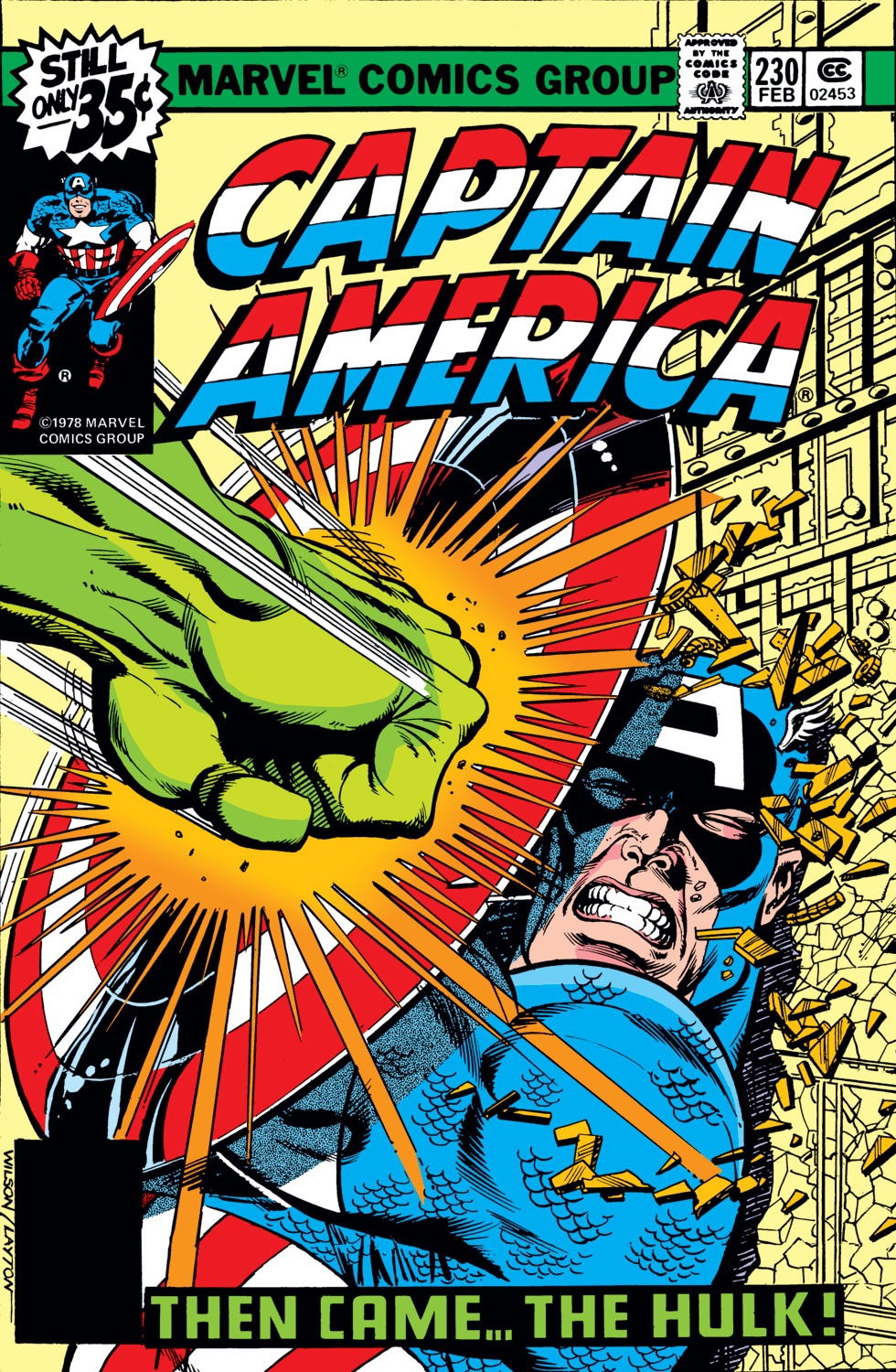 My favorite moment of this story is in the beginning, when Cap is contemplating his past (which he still doesn’t know a lot about, but is searching for answers) and his purpose, given that he doesn’t have a private identity like so many other Avengers, and Iron Man tries to comfort him. Cap and Iron Man’s relationship is one of the most complex ongoing bromances in comics.

And speaking of bromances, Jim Wilson is one of the hostages and it is revealed in this issue that he is Sam Wilson’s nephew. Constrictor doesn’t appear in many comics, but two of them also have Jim Wilson.  Weird.

Oh, and let’s also give props to this terrific moment of cross-promotion.  Stan Lee was genius in the way he’d have characters do flybys or use boxes at the bottom of the panel to refer to other issues on sale at the same time.  But this is the first time I’ve seen it done in the actual content of the comic, with Captain America riding the bus in plain clothes and sitting next to a kid, talking about super heroes… He’s reading Daredevil, as drawn by Gene Colan!  This gets a “creators appearing comics” tag, even though he’s just mentioned.