Jim Starlin and George Perez team up for what may be the greatest Thanos story of all time.  Thanos has all of the soul gems—his gauntlet is complete—and now he seeks to be treated like the God that he now believes himself to be.

Unfortunately, he’s still trying to woo Death, which never goes well for him. 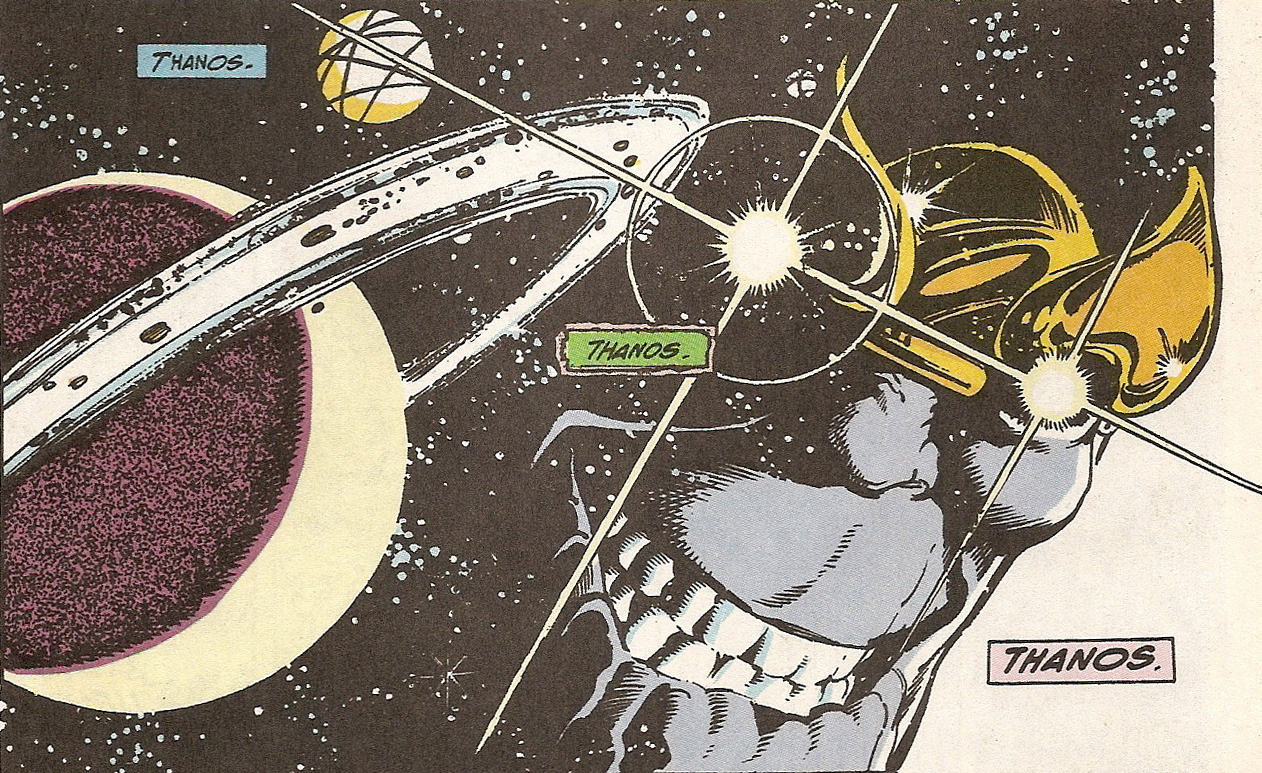 The first issue is mostly an assembling of forces—The Avengers and Dr. Strange along with Silver Surfer, Drax, and the rest of the cosmic guys who have been pursuing Thanos in the pages of The Silver Surfer.

Just about everybody is in issue #1.  But there’s a snap… 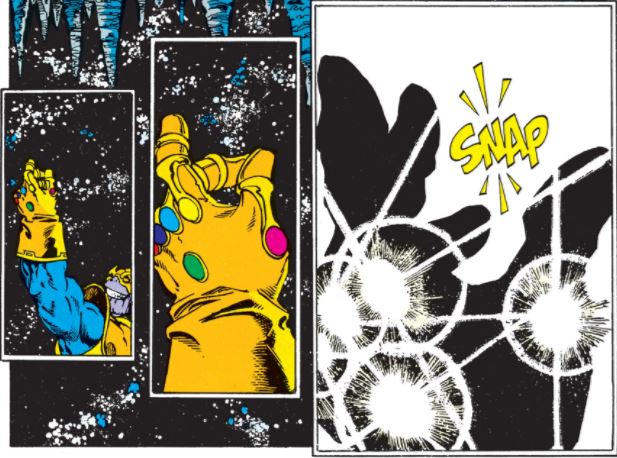 So they’ll all be dying soon.

This miniseries got “event” status, which means it got tons of relatively useless tie-ins–but some were good. 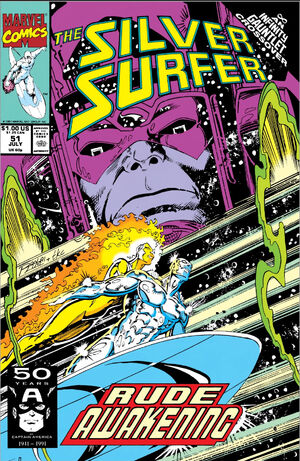 Silver Surfer #51.  Thanos stopped Galactus from eating an unpopulated planet, so his herald Nova has to take him to one with life on it.

We get to see him unmasked. 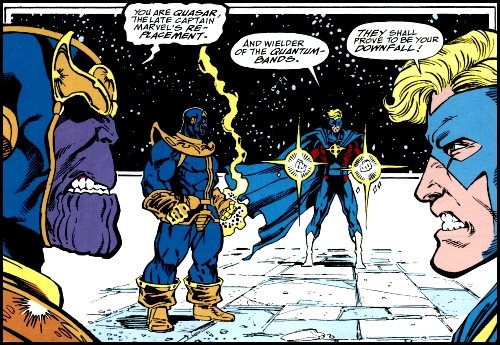 Wholly inessential, but according the cover Quasar gets his “new and final” costume. 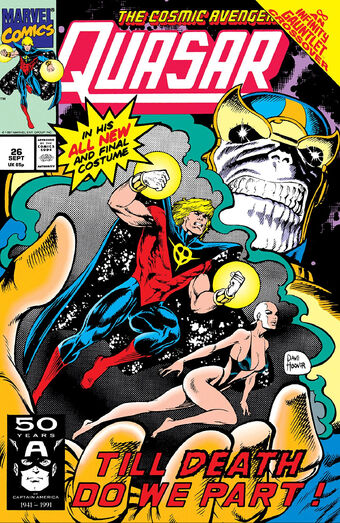 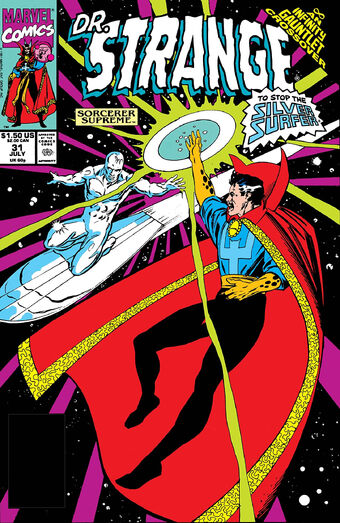 There’s a back-up in this issue, but the main story just tells in more detail how Silver Surfer asked Dr. Strange to join the fight against Thanos, in Infinity Gauntlet #1.

Incredible Hulk #383. This is part of Peter David’s great run, and there’s only a few I.G. tie-in panels, while the rest of the issue is part of David’s overall story.  So it still gets separate coverage.