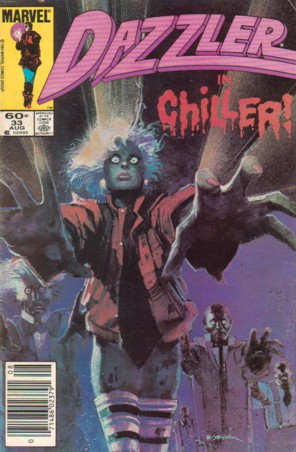 Issue #33 pays tribute to Michael Jackson for the Halloween issue. 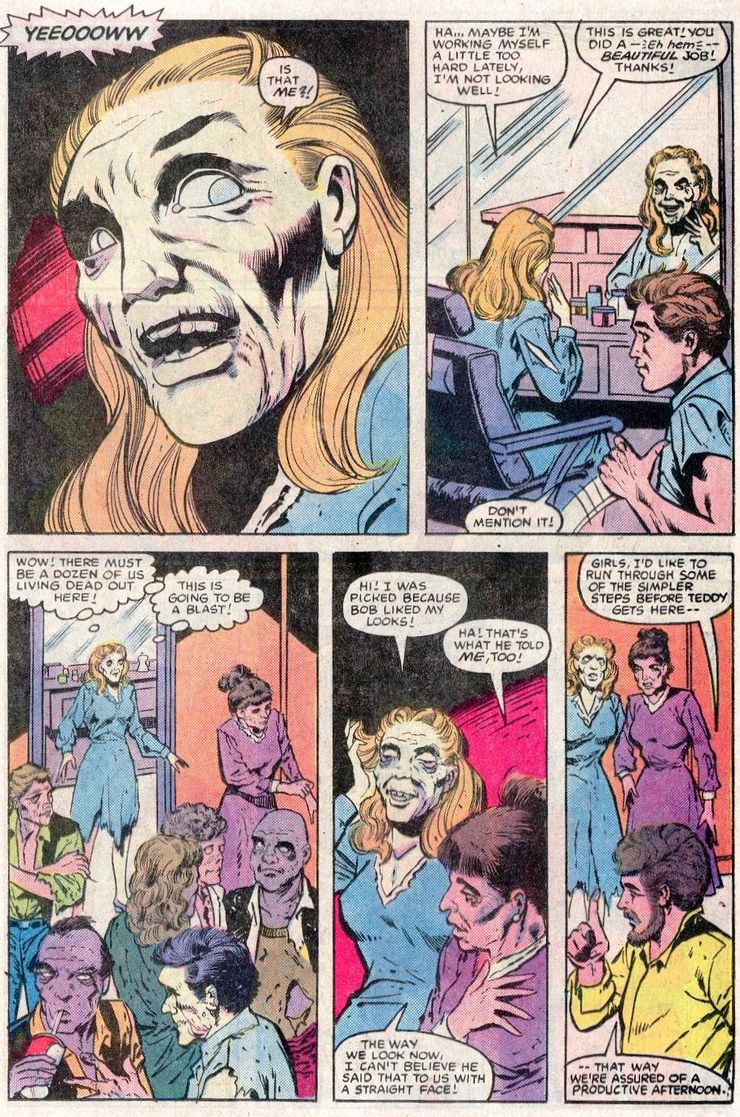 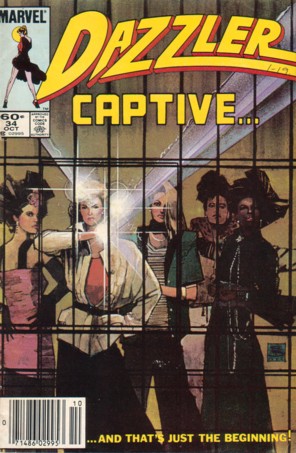 To all you clamoring for a return of Millie the Model, issue #34 is your comic.  Dazzler has given up on music (despite the fact that she was opening for a national performer just 20 issues ago—you’d think she could have sustained a career!) and is now selling her body.  And while auditioning for Millie’s modeling agency, she uncovers a plot where models are being kidnapped and forced to wear polyester.

Then, when that job doesn’t work out for obvious reasons, she tries to be a bartender, do retail sales, and eventually gets into a fight with a roller derby team.