Maelstrom and Deathurge return.  Don’t remember them?  That’s because you’re not Mark Gruenwald, who is a living Marvel encyclopedia.

The Avengers sent Maelstrom into space many years ago, and we now see how he’s trying to get cosmic elder sized power through Infinity, Kronos, and other cosmic characters. 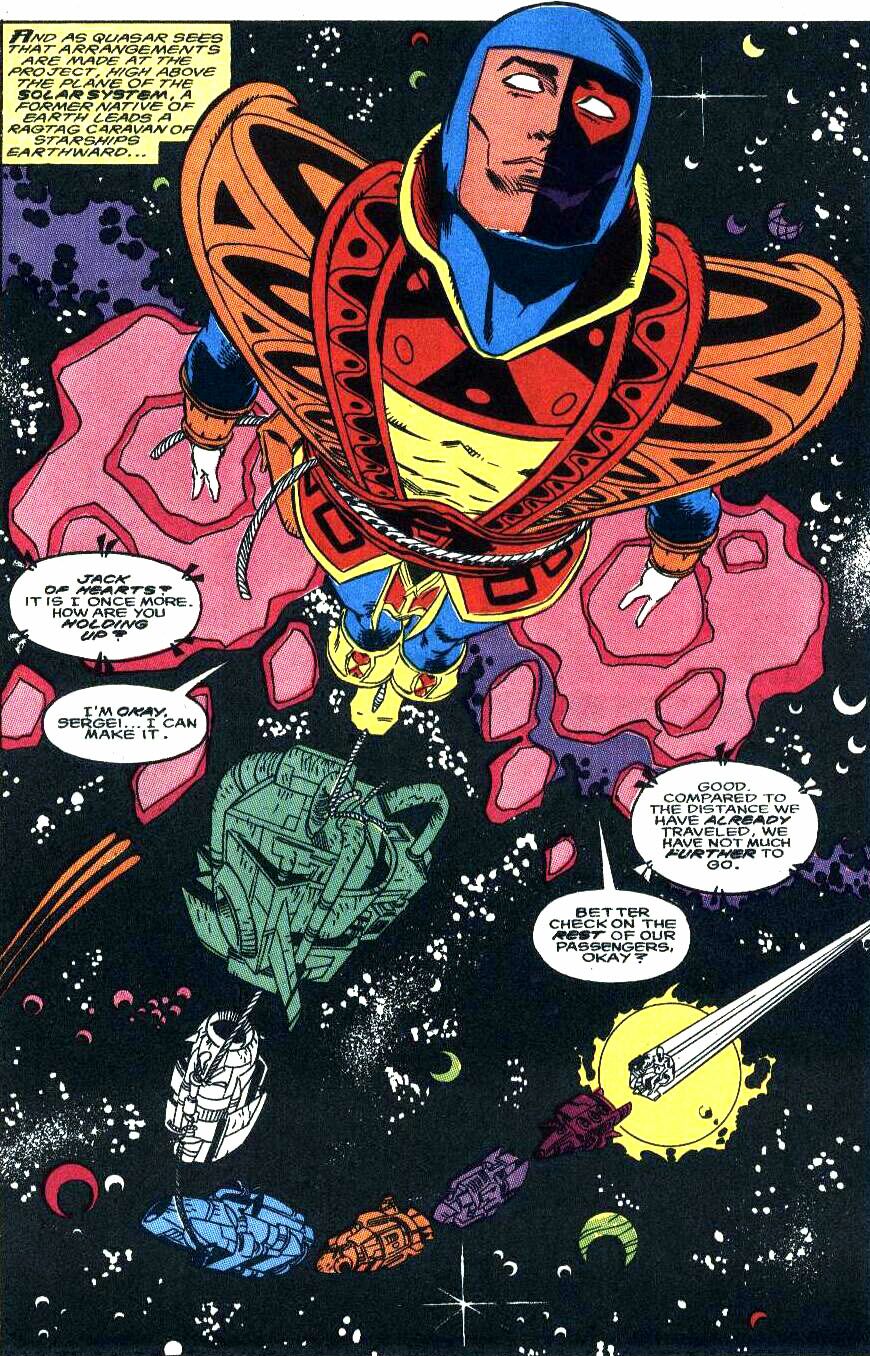 Jack of Hearts, Diamondhead, the Squadron Supreme…Lots of people.  And because it’s 1991… 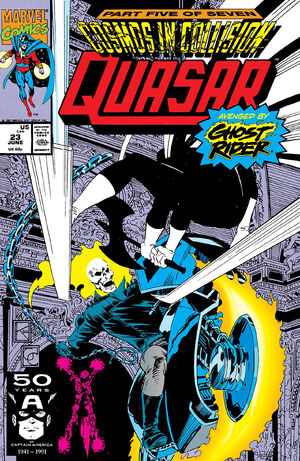 It’s a very, very “big” story featuring all kinds of D-listers–and because of that, it’s kind of fun.  As with the best issues of Quasar, focusing on virtual unknowns offers a lot of entertainment for the old nerd bone.  There’s even some ties to the upcoming Infinity Gauntlet event.  Moondragon and Sersi even have a bathing suit competition. 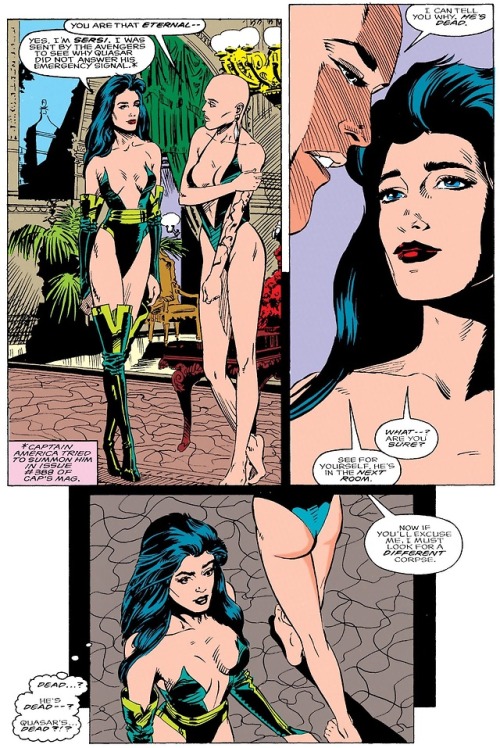 But the major even here is Quasar losing his hands. Which he gets back, along with a lady-impressing power level upgrade.