When you can’t follow a great act, rewrite it.

Tom DeFalco signed on for one of the longest runs held by any single writer: He would drive Fantastic Four pretty much all the way to the end of volume one, in issue #416.  And while his stories aren’t the worst ever, they’re also far from the best.

He arrived on the heels of Walt Simonson, who scripted and drew one of the craziest, most unpredictable runs in FF history.  By the time DeFalco signed on, the team looked very little like what Stand and Jack had built.  So, the first thing he did was start to rewrite history.

To wit: The Alicia that married Johnny Storm was actually a skrull. 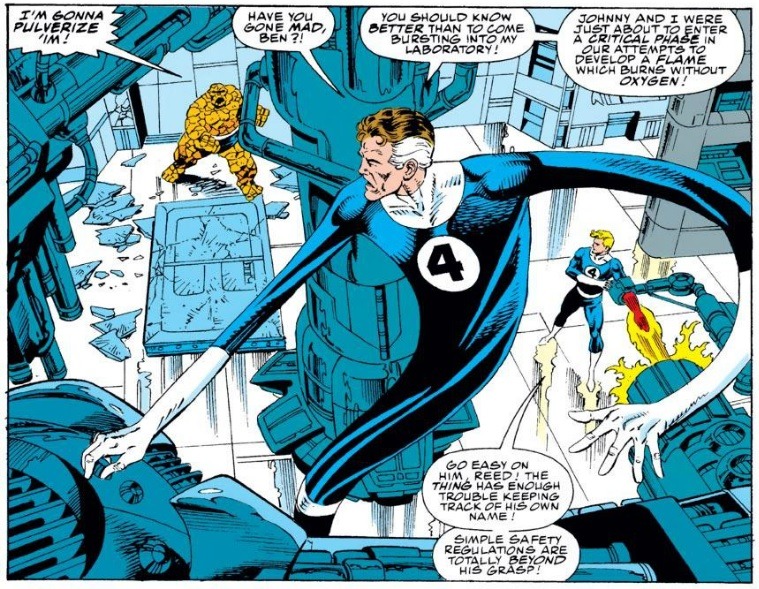 But he started with a done-in-one in issue #356, where Thing and Johnny are back to making pranks and throwing tantrums.

Then, Puppet Master makes the New Warriors fight the FF, probably just as a way to raise awareness of Marvel’s newest team-title.  Alicia Masters’ dad having trouble getting his daughter to communicate, though, is the entree into the revision of history. 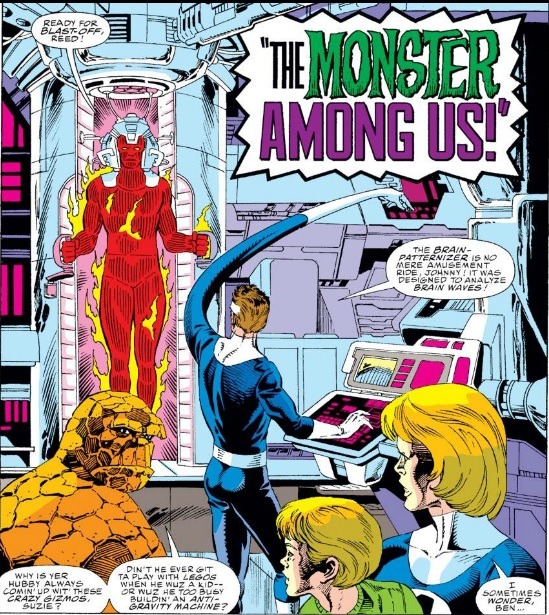 Now, back to that Alicia/Skrull business: It started all the way back during John Byrne’s epic run (or at least it started then according to DeFalco’s redraft of history), when an enterprising skrull realized she couldn’t force himself into the FF’s inner circle via Thing, so she switched targets:

And so began DeFalco’s attempt to reset the series, so that nothing that came before him mattered.

Don’t forget: This was also a time when Marvel Comics was hemorrhaging money and starting down the road to declaring bankruptcy.  So it makes sense that they are trying to return to their roots.  But this really wasn’t the best way to do it. 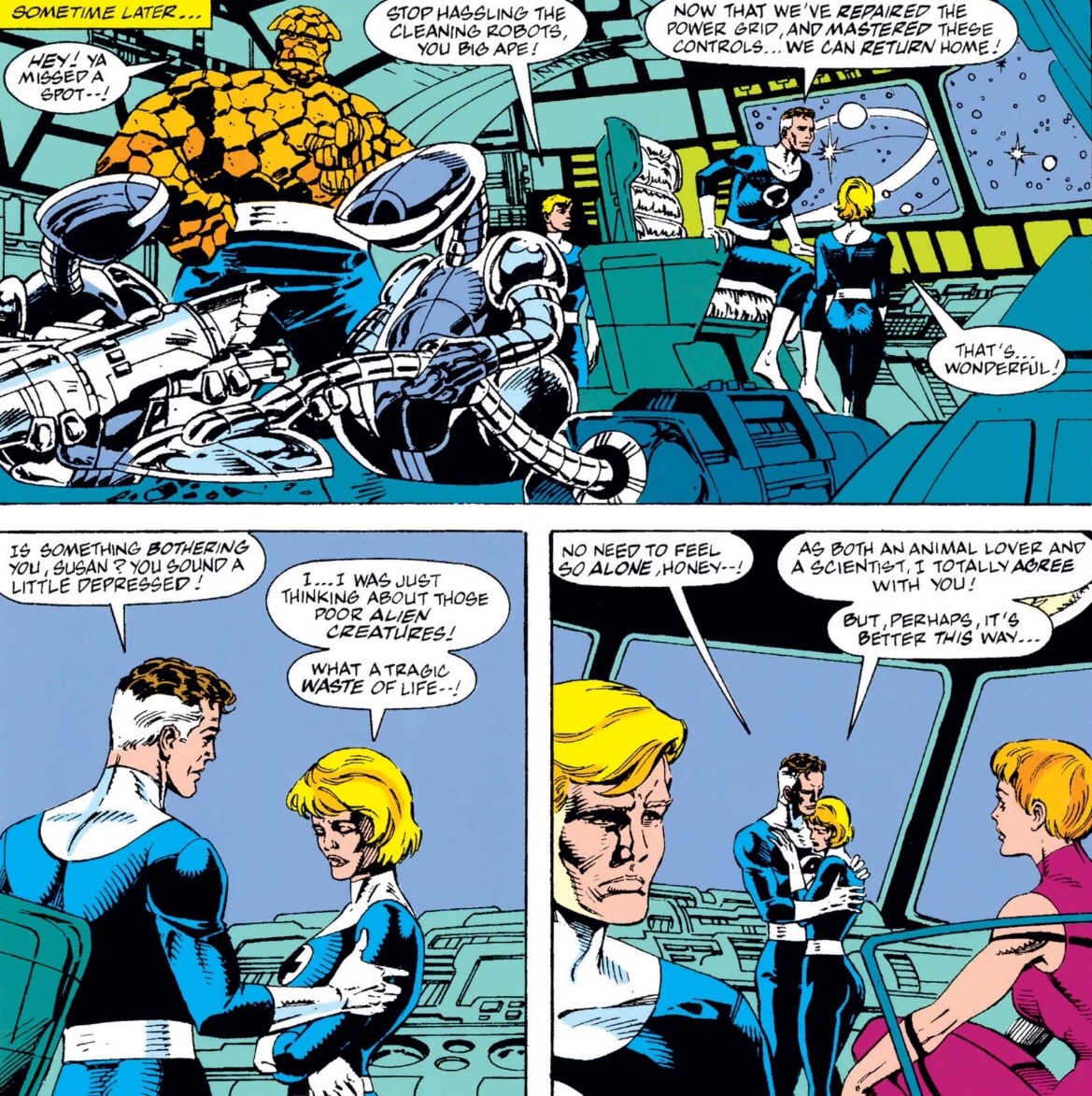 Anyway, the story is more than a little convoluted, with a big space trip and even subplots with Dr. Doom, Mad Thinker, and Awesome Android, but the crux of it is: Alicia was a skrull and the marriage to Johnny never happened, so now the real Alicia and Thing can date again. That’s really it.

Some of the characterization is a little hard to follow… 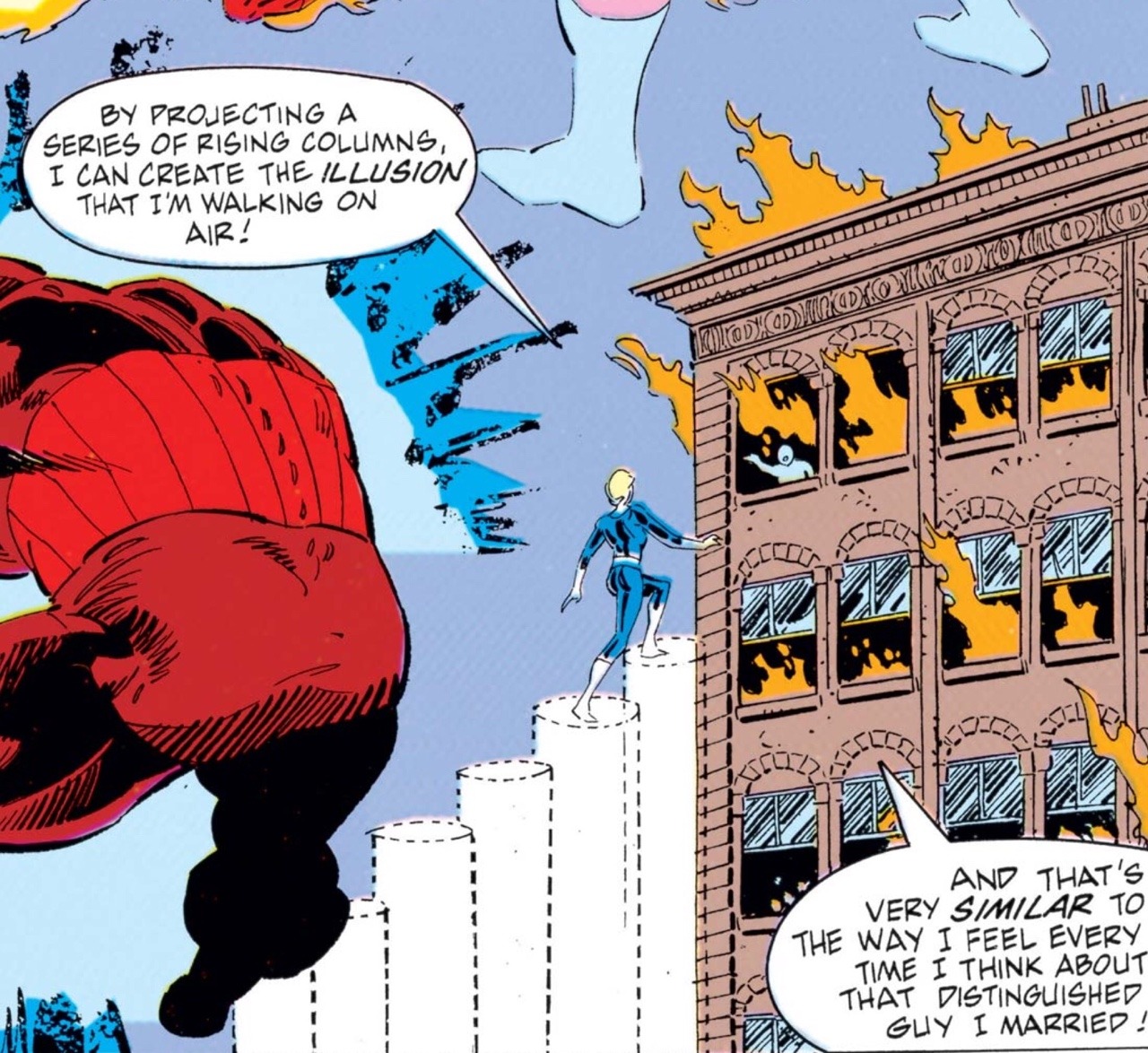 …Does that mean she’s faking it with Reed, or that he makes her feel like she’s walking on air?