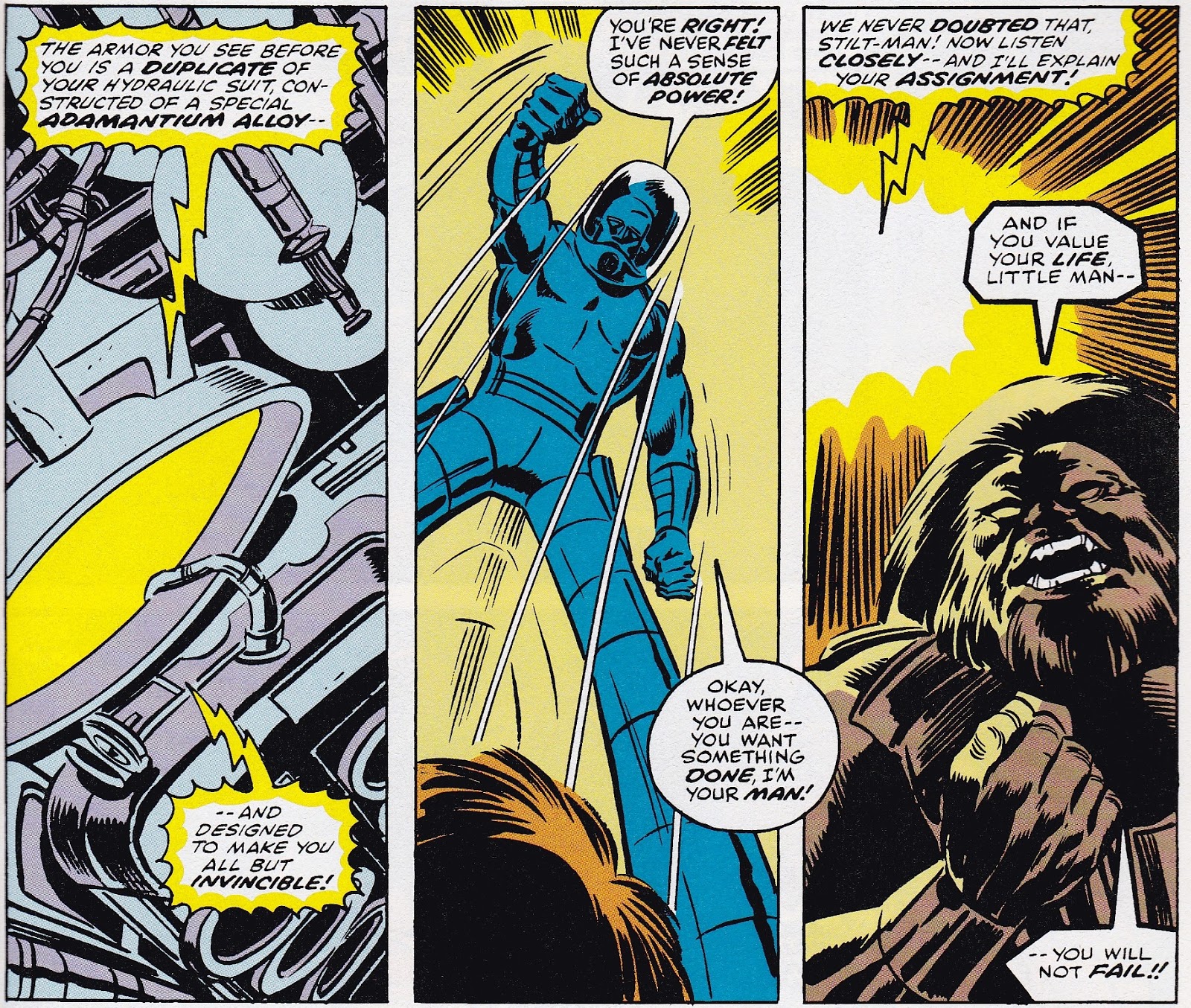 This story has two of my favorite villains: Blastaar and Stilt-Man. Yes, Stilt-Man goes mano-a-mano with Thor. How? Because Blastaar got him adamantium armor.  Blastaar is strong enough to fight Thor on his own, and it’s a pretty spicy battle. 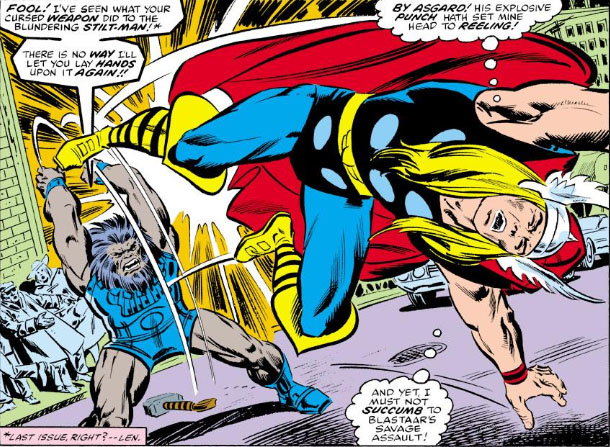 It also features a new enemy, F.A.U.S.T.–a secret organization that’s behind the new stilt suit.  Thor needs help, so he gets The Avengers and Nick Fury to join him. It’s cool to see Walt drawing these guys.  And there’s also a chance to see him draw single panels of a whole bunch of other Marvel guys as they react to explosions from the big fight.  I’m not counting these as guest starring roles, though, because they’re literally just a panel per person and they’re designed just to remind us how cool New York City is in the Marvel Universe.

F.A.U.S.T. is a computer that is made of Adamantium, but Thor hits it with a lightning bolt and changes its composition.  This is the first time we’ve seen Thor do this–and the first time that there’s been a hint that his lightning bolts are anything other than normal lightning.  I’m classifying this as a forgotten power set.