It was widely accepted that John Byrne’s run on FF was the best since Stan and Jack’s first 100 issues (the best run in all of comic history), and rather than run from such a daunting precedent, Stern begins by accelerating the pace.  In these two issues, Johnny proposes to Alicia Masters—Thing’s old girlfriend—while Thing sulks in a full-body suit (so nobody can see how ugly he is).  We know now that this will be retconned so it’s a skrull and not Alicia, but it’s nice how Roger Stern builds quickly on what Byrne established, making his own creative space by moving along the plotlines.

These issues also use the interesting literary device of paralleling Ben’s conflict with two aliens, who are brothers, who were also mutated as a result of Reed Richards’ experiments and who come to Earth for revenge. At one point, during a space battle, Thing decides to allow himself to drift off and die.  Thing’s always been on the mopey side about his appearance, but this extreme.  We’ve never seen this kind of behavior before.  Again, Stern is taking the threads from the last run and pouring gasoline on them.

At the same time, the sequence reads more like a cry for attention than an actual suicide attempt.  He debates with Johnny Storm, complains about Alicia doesn’t love him (uh, Ben, YOU left HER to stay on the Secret Wars planet), etc.

It’s a good beginning to run that gets cut short due to fights with editorial—the same reason John Byrne left. 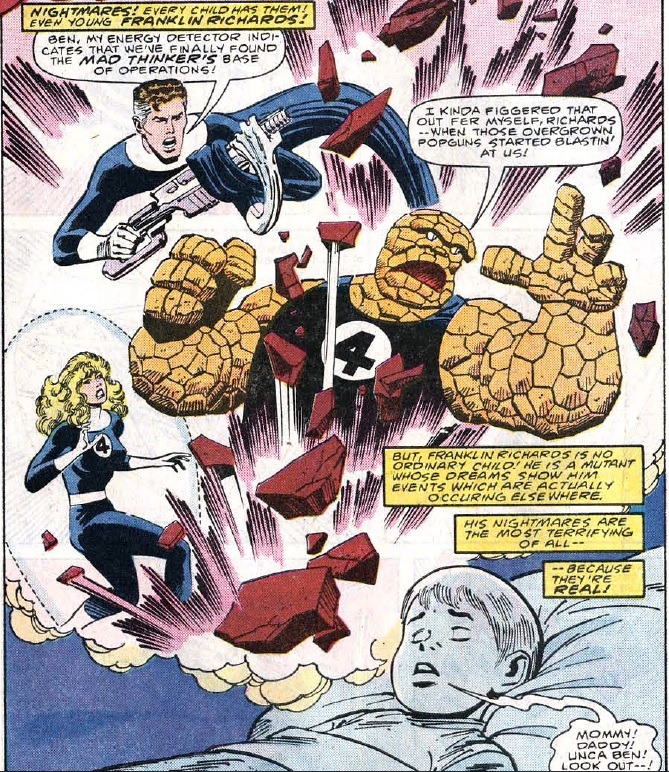 Meanwhile, Franklin still has dream powers.  And Jennifer and Wyatt are still very much a thing. 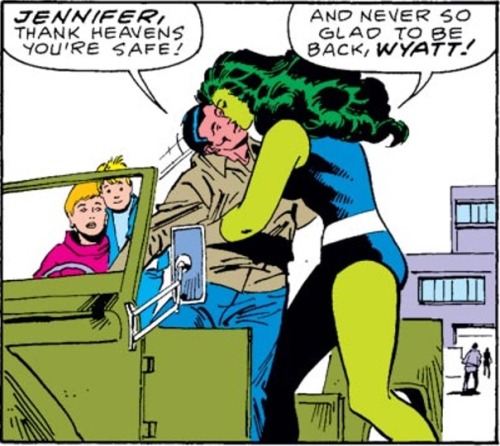 The team also fights a pinhead.

Jim Shooter’s term as Editor in Chief produced what I think are some of the best superhero books of all time, but he showed a remarkable inability to get along with the talent.

Creators: Roger Stern and John and Sal Buscema
Grade: B