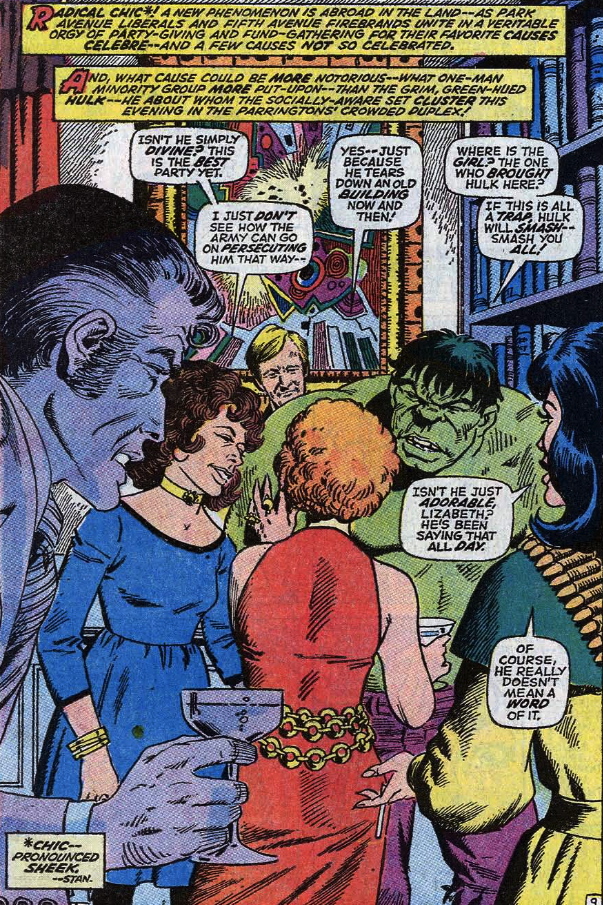 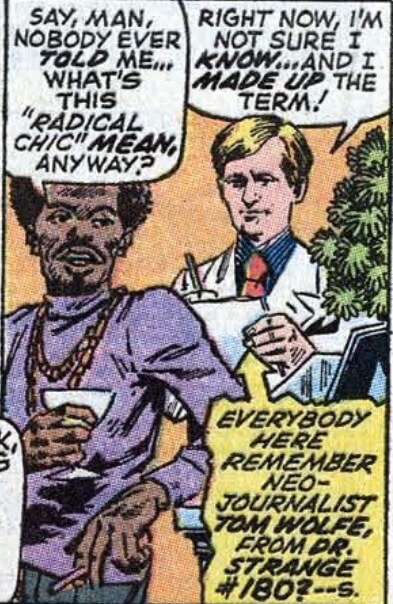 A very cool little Roy Thomas/Herb Trimpe one off in which Hulk becomes a member of the glitterati set.  Briefly.  Truly one of Roy Thomas’ best.

The story was inspired by Tom Wolfe’s “Radical Chic,” and so he’s even included in the comic as a cameo.

Also, we get to see Valkyrie’s origin.  Remember, they met in Avengers #83, and soon they will be in The Defenders together.

It’s very cool how organic The Defenders formed.  And it really wasn’t a master plan.  Thomas wrote about the characters coming together and they Marvel decided they needed another team book. 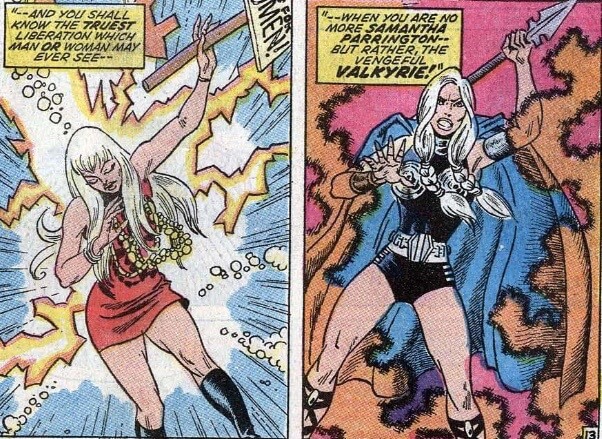 And Hulk goes to a cocktail party. 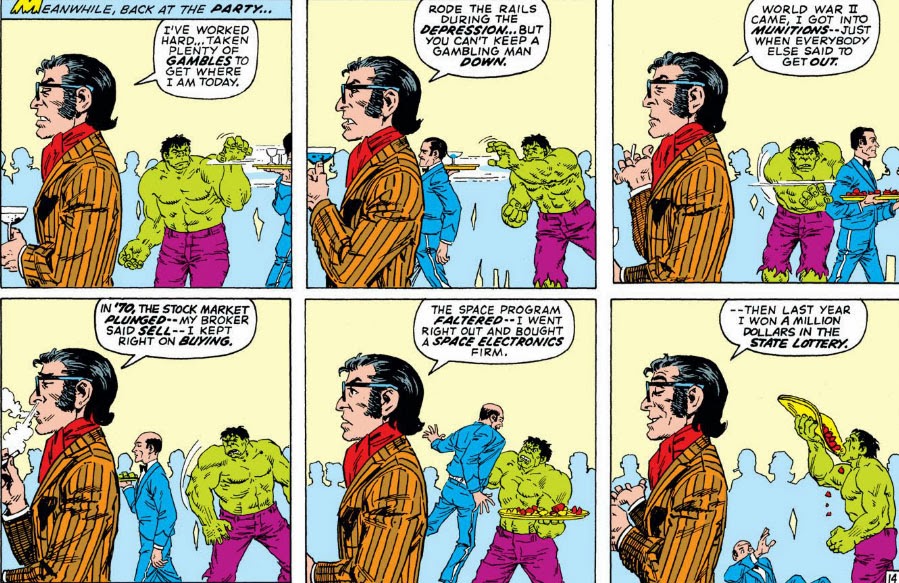 A rare example of visual humor in a Hulk book. 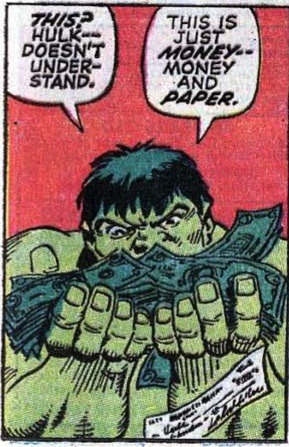 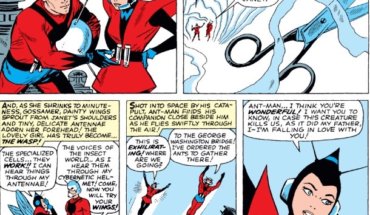 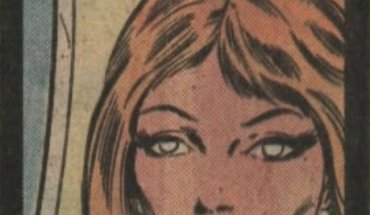 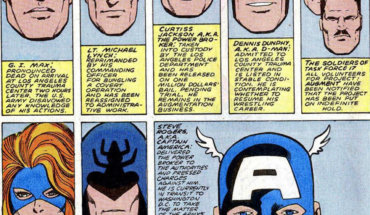 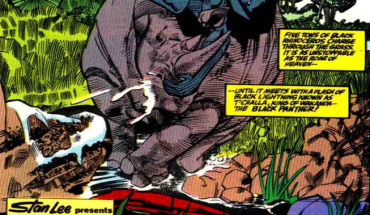