Silver Surfer vs. The Flying Dutchman.  Seriously.  And yet, it isn’t terrible. 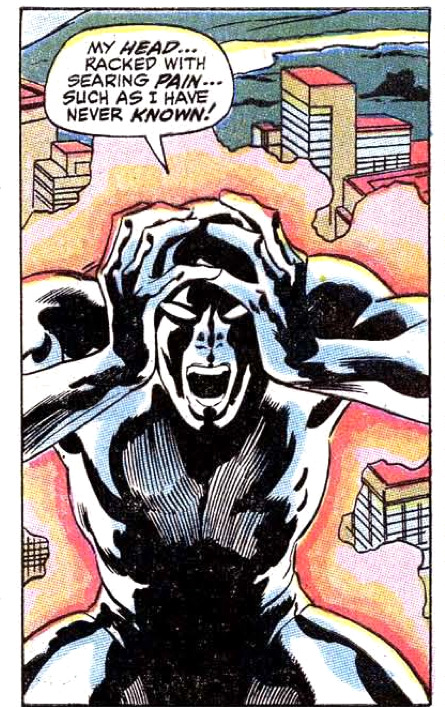 Silver Surfer is drawn in to fight The Ghost so he’ll stop scaring all the nice people in New York City.

It’s odd that it takes Silver Surfer two issues to defeat this guy, but he’s gone up against all kinds of much bigger threats and he can take them down in just under 30 pages.

Stan explains why in a note at the end of issue #8: They were running behind on their publishing schedule.

So, despite his own recent edict against “to be continued” tales, this one goes on for two issues.

And believe it or not, van Straaten returns to fight The Avengers in their comic, issue #131 (as part of the Legion of the Unliving).