Hulk’s adventures in the microverse continue as he inevitably reaches Jarella’s world.  While there, he gets hypnotized by Psyklop into fighting Jarella’s tribe. 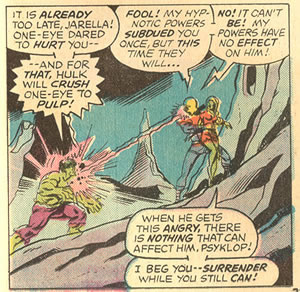 Her team of spellcasters ultimately free him from Psyklop’s thrall and, just as he and Jarella are reuinited, Doc Samson returns him to normal size.  Since Jarella is with him, she also gets pulled up onto Earth.  And in the process of right-sizing him, Jarella’s world was destroyed.  So now she’s stuck here, and the two try to form an ongoing relationship. 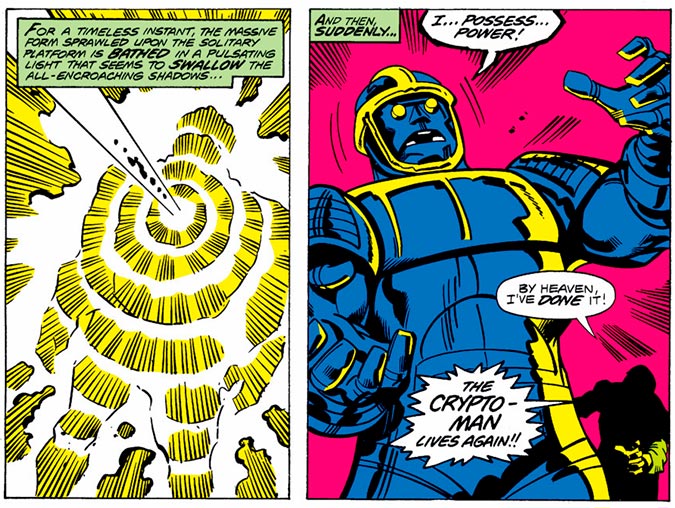 Which means they have a few done-in-one adventures including, inexplicably, one that brings back Crypto-Man.  Just so Hulk can blow him up again.

Also, love makes him stop an earthquake with his bare hands (and feet).

Jarella returns with him to regular-size Earth, only to die the very next issue. 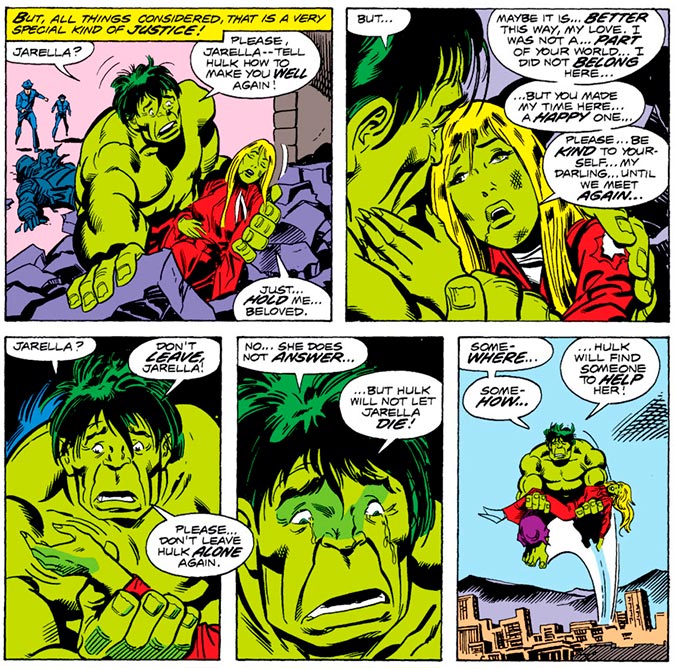 It’s kind of a rushed ordeal. I would have loved to have seen more of this. But back in the 1980s they didn’t do long, decompressed arcs. Instead, they hit the high points and returned the character to the status quo for the next story. Too bad. I feel like we missed out here.