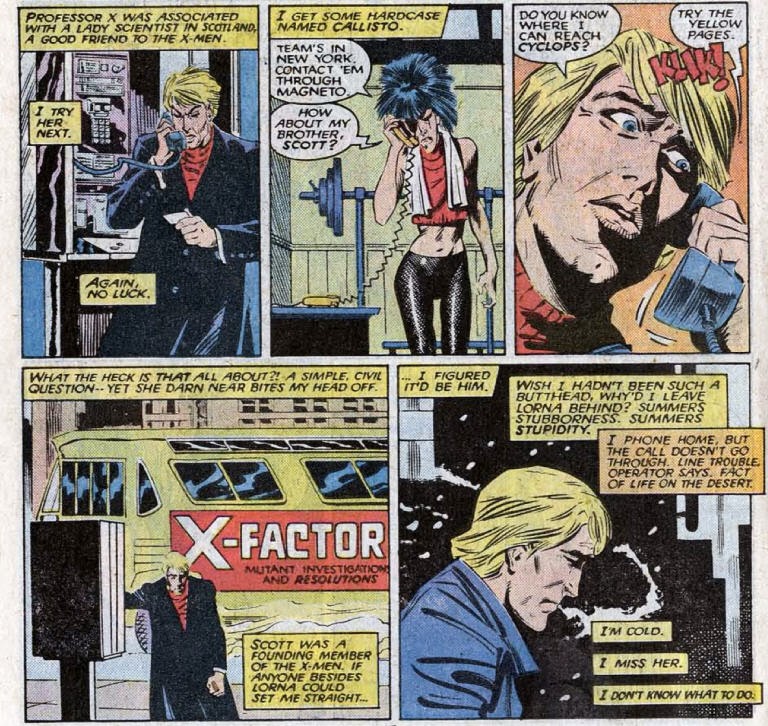 Havok tries to track down The X-Men because he’s been having nightmares about them only to learn that they messed with his head after the Mutant Massacre event.  This idea of mindwiping a hero for the greater good would be cribbed years later to great effect in the Justice League, where the League erases Batman’s memories…

Anyway, Havok is obviously ticked off, and Psylocke suggest that they kill him to keep him quiet. Storm vetoes that idea, but it’s interesting that Psylocke is ready to go there.  I don’t recall her character being so hardcore—I suspect she’s undergone some changes from Chris Claremont’s original intent.

In the end, they decide it’s better to tell him the truth, which is that The Marauders are a mutant team that is waging war against other mutants, and the only solutions are violence and death. 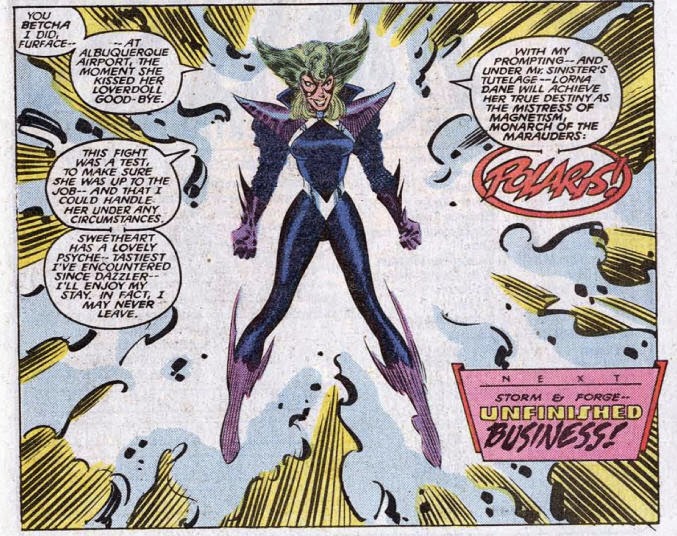 Ironically, while Alex Summers is learning about the Marauders, the Marauders themselves have tracked down his girlfriend, Polaris, who ends up being possessed by Malice (a Marauder), who will use Polaris against the X-Men in a couple issues.

The hero-becomes-villain theme, coupled with the Apocalypse story in X-Factor—which has Angel being turned into Archangel—is a bit of an X-trope now. 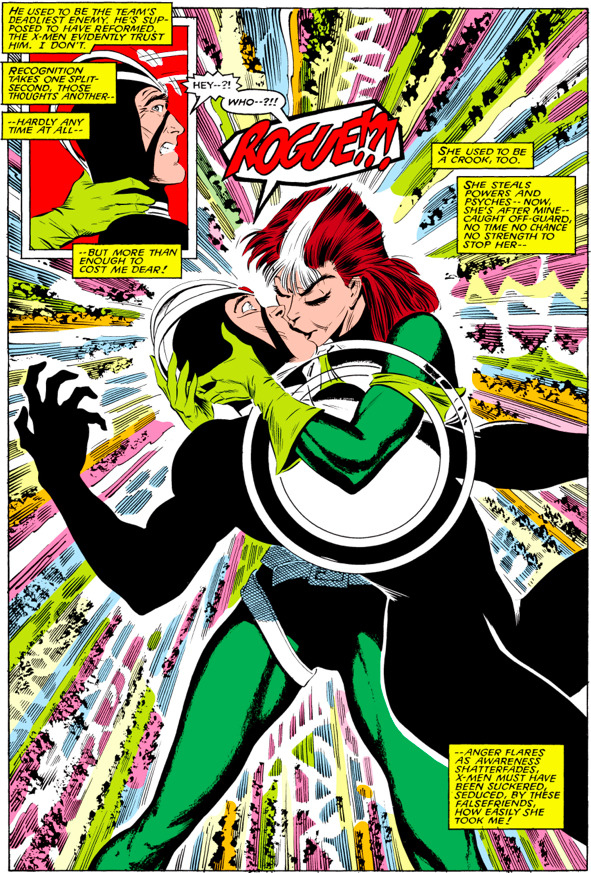 It’s still good though.  It’s always fun seeing good guys square off against each other.

Side note: The Cover… 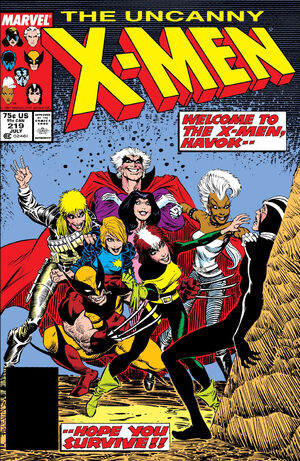 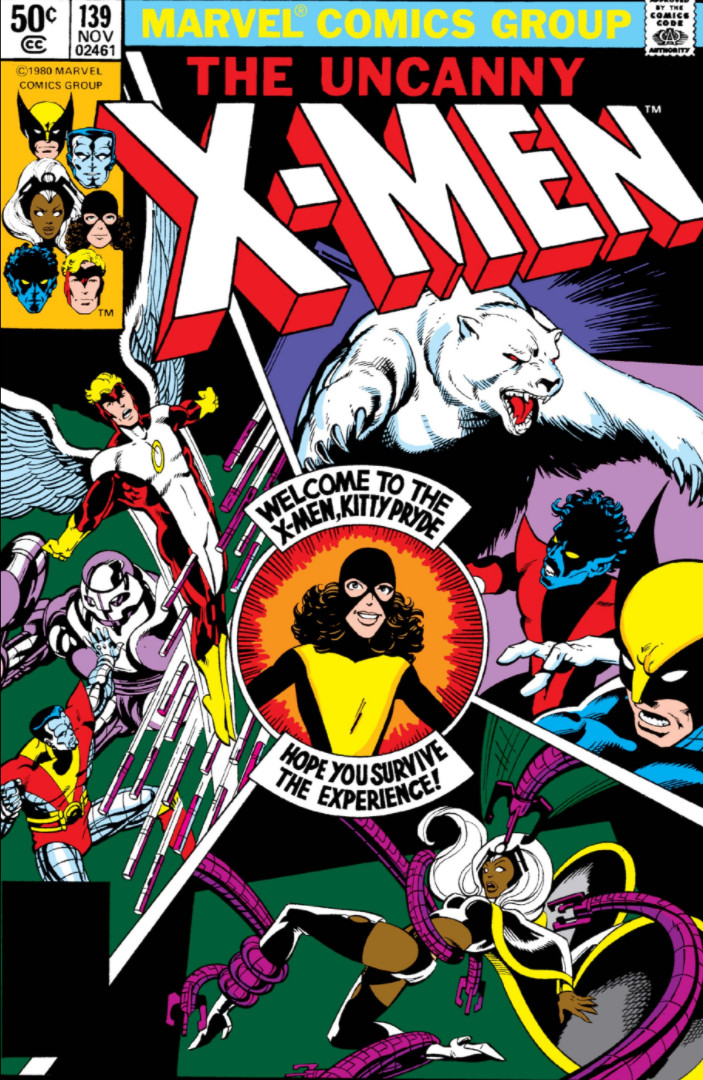 …which has had quite a few tributes over the years (see below). 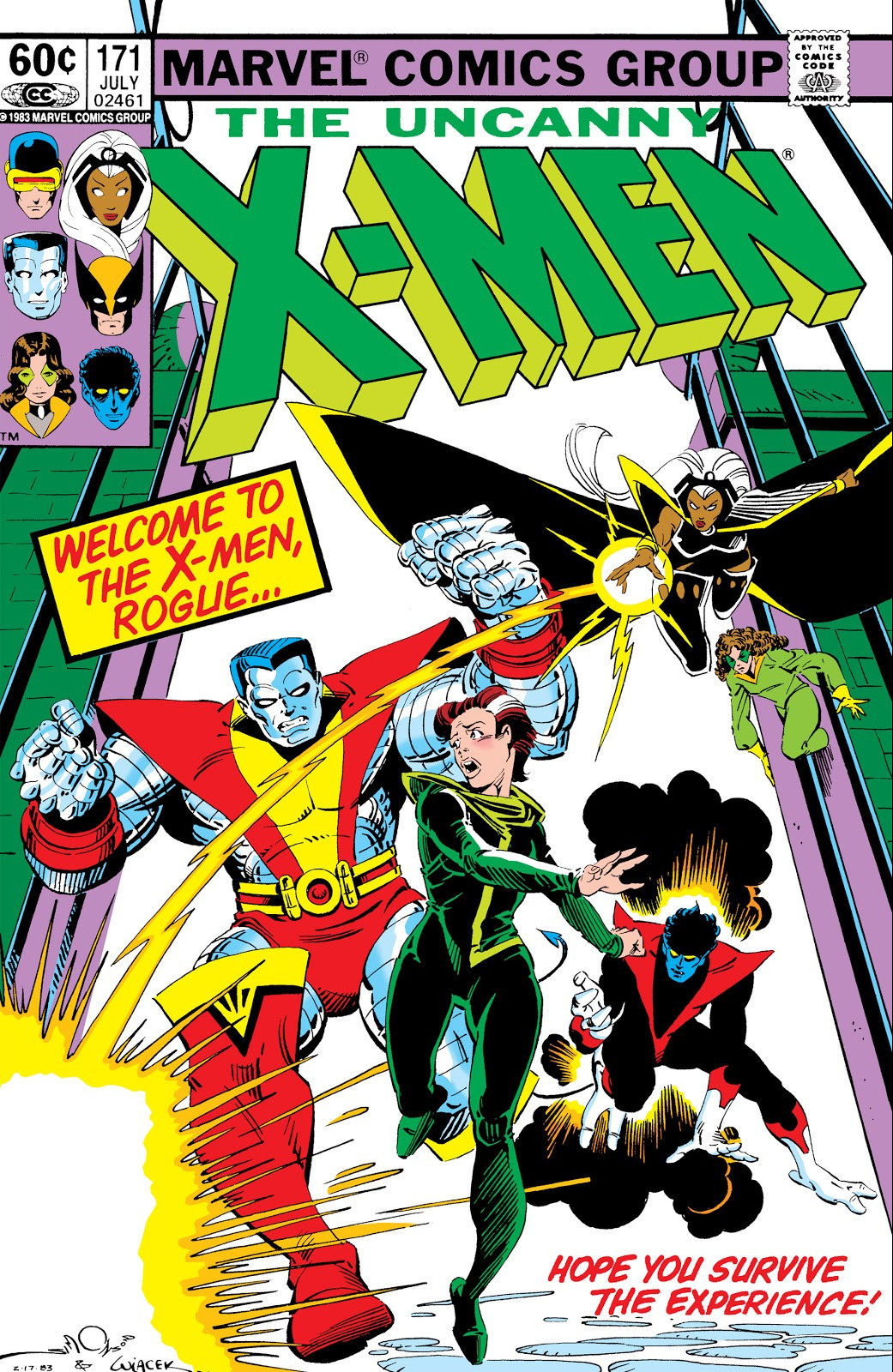 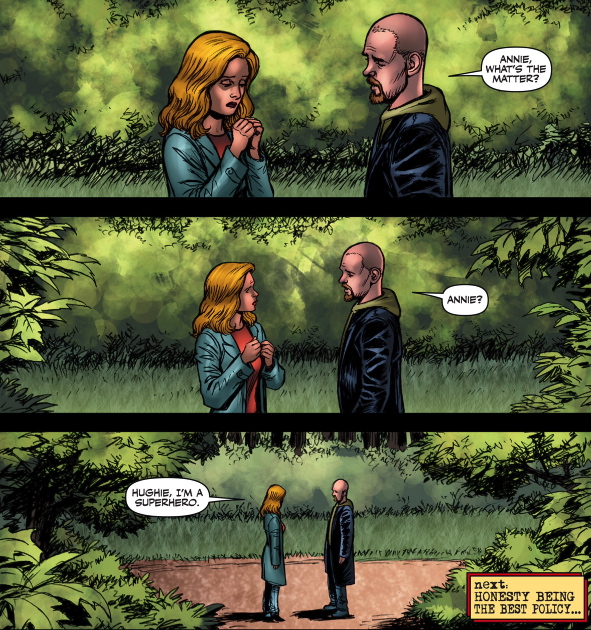 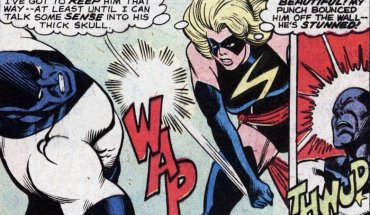 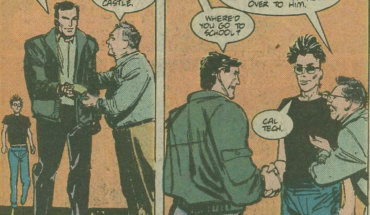