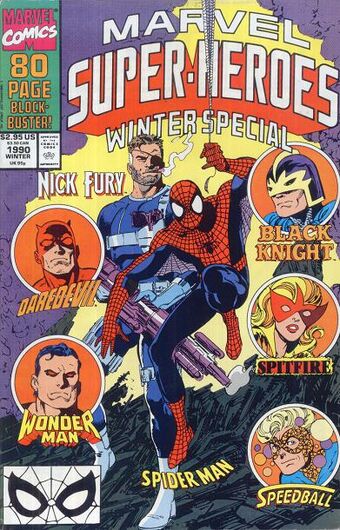 Another anthology of short solo adventures.  In alphabetical order:

BLACK KNIGHT
A solid creative team takes on my least favorite Marvel character, pitting Black Knight against a father who wants to kidnap his own kid from the kid’s mother.  But it turns out she’s got a magic amulet that turns her into a dragon.

Black Knight can’t draw blood with his sword or else the sword’s curse will take over, so he hits the dragon a lot with the flat of the blade.  Plus he doesn’t want to hurt the mom.  So, dude, why carry a sword at all?

DAREDEVIL
Daredevil uses his fists to negotiate a battle between Kingpin and one of his rivals.  Nothing bad here, but nothing particularly interesting.

SPEEDBALL
Marvel never seems to tire of providing short, terrible stories about this inconsequential character.  In this one, a girl with a fatal illness gets similar vibrating powers but dies as a result of an avalanche of her own creation.

SPIDER-MAN AND NICK FURY
A sniper shoots Spider-Man in the leg with an LSD dart, so Nick Fury kills the sniper.  Most of the story is Spider-Man wandering around New York, tripping balls and fighting hallucinations, until Nick Fury cures him. 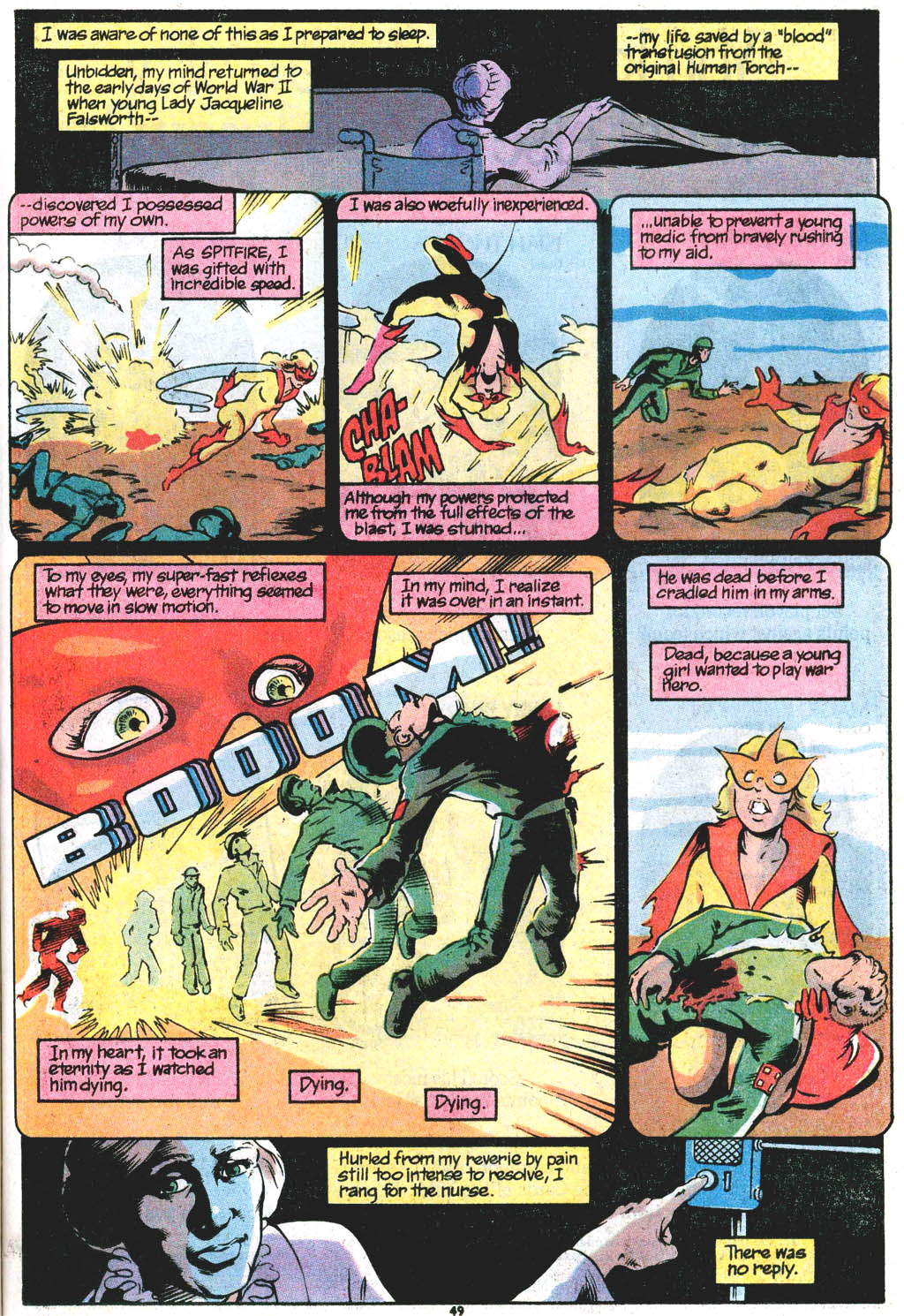 She also punches a guy who is abusing his girlfriend so hard that he flies about 30 feet off the ground.  But he doesn’t die.

Two stories by Scott Lobdell, both involve fatal diseases.  Wonder what was going on in his life at the time? Wonder Man saves kids from a bear and a snake in the Hollywood Hills.