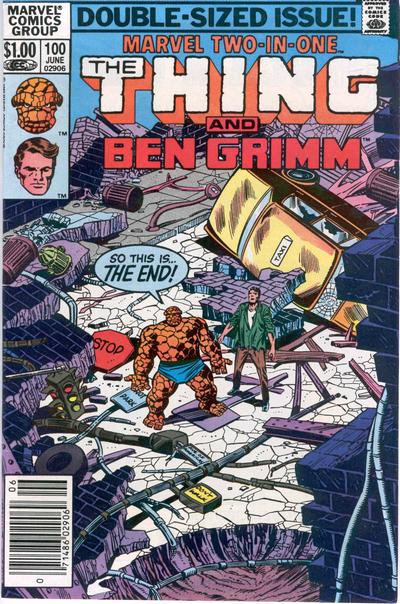 Marvel Two-In-One’s sales were never stellar, and the quality of the book overall has been on the decline for the better part of two years (with some exceptional issues thrown in here and there), so it’s finally getting cancelled.  But it will quickly be replaced by Marvel One-In-One, better known as Thing, a solo book by John Byrne, detailing the character’s whereabouts while She-Hulk replaces him on the Fantastic Four.

So it makes sense that Byrne writes this final issue.  And it also makes sense that Ron Wilson, easily the most regular artist of MTIO—and the best thing to come out of that comic—draws it. 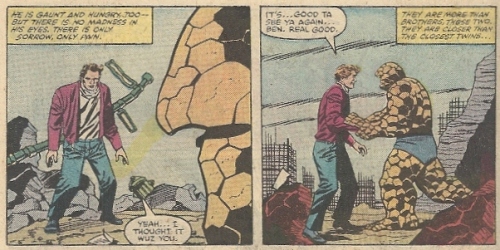 What doesn’t make sense is that Thing is team up with…Ben Grimm! 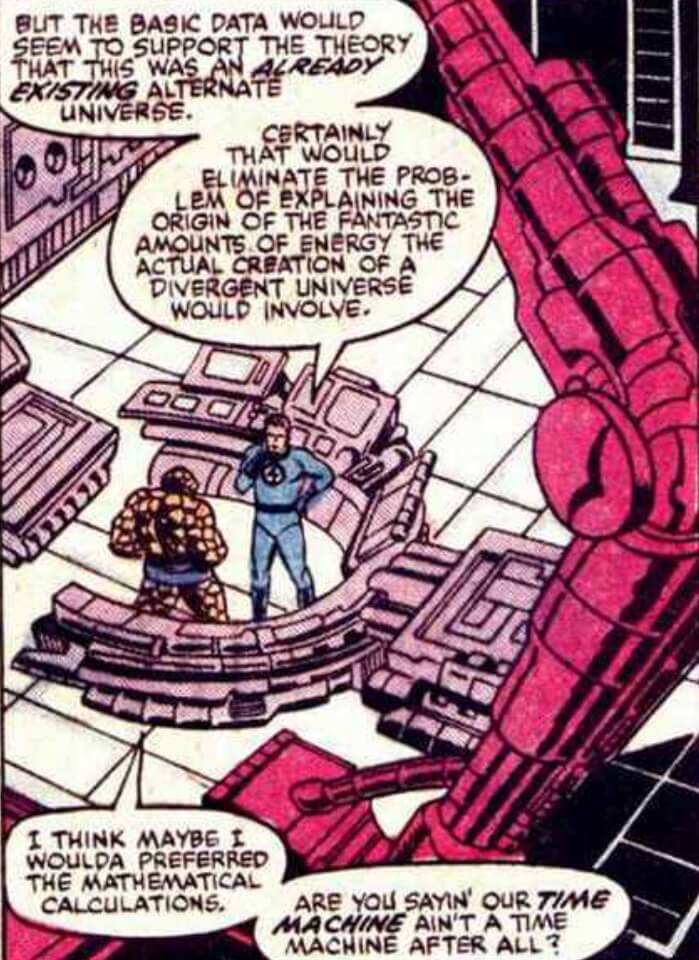 Back in MTIO #50, Thing went to an alternate timeline and met a different version of himself  that was able to transform back and forth from human to rocks at will.  Now, Reed explains that it wasn’t an alternate timeline at all, it was an actual parallel universe.  That means, it could continue whether or not Thing interfered in it.  And, Reed says, every time they use their time machine, time itself suddenly manufactures a completely separate universe so that their use of the time machine doesn’t irreparably damage the universe they’re in.

Nice theory.  I don’t think it really goes anywhere after this, though.

Anyway, Thing decides, for kicks and giggles, to go back to that universe and see how they’re doing.  Turns out, terribly.

Galactus ate most of the life off the planet, which we learn as backstory, and then Red Skull took over the U.S.  Thing and Ben fight Skull, who tosses a chemical powder at Thing, who then appears to have super-breath and… 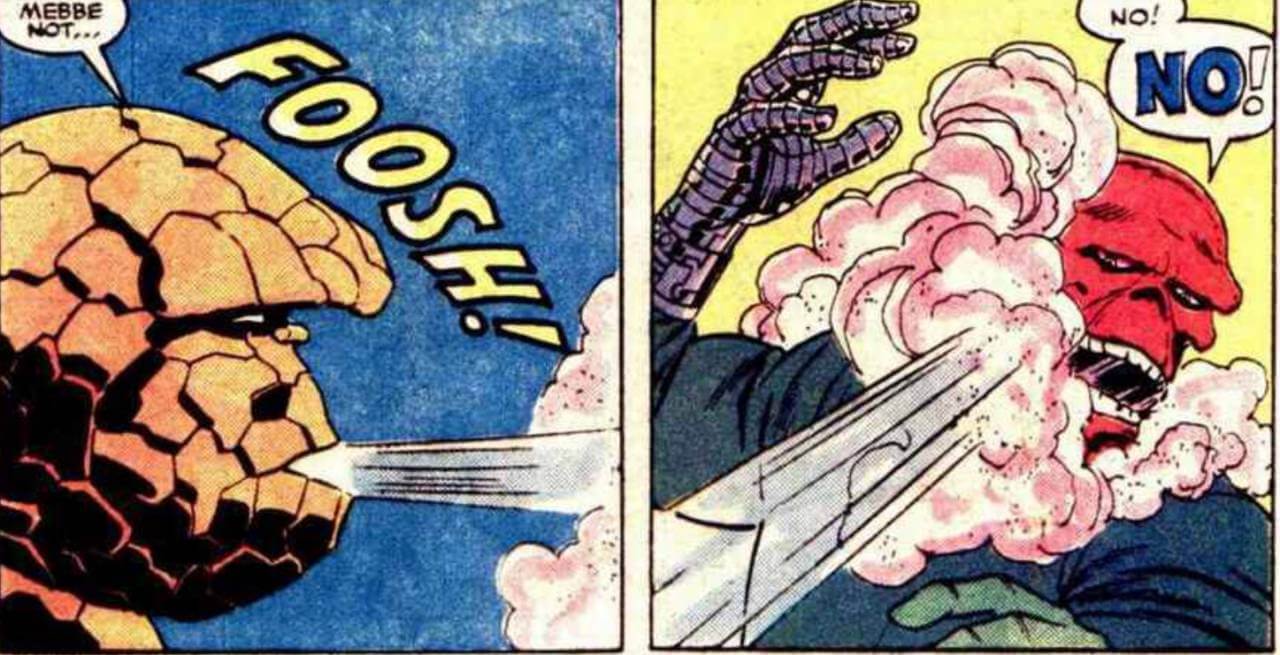 In all, this is basically a “What If?” story crossed over into mainstream Marvel Universe continuity.

For the complete history of the MU, year by year, go here.
And see my Ratings of Runs on comics here 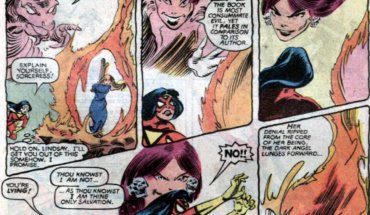 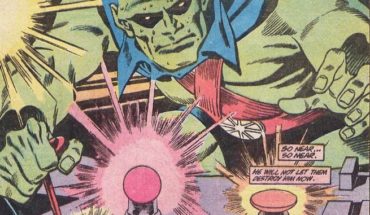 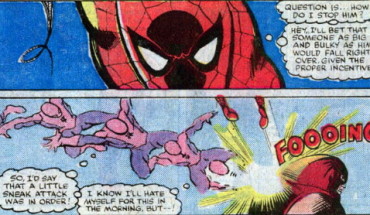