In his very first issue, he decides not to join a team out of spite.  And so begins the legendary loner’s career as a comic book hero.

I love how in these early issues he’s still really out for himself and money–despite Uncle Ben’s death.  It makes sense to me. Very few people, if any, truly change based on one dramatic event.  For most of us, the dramatic event begins the change, but our true values and motives develop over time.

Also in this issue: Spider-Man saves John Jameson when his spaceflight goes wrong.

And, Stan Lee is just a couple issues into writing his own comics, and he already can’t keep his characters straight when he refers to Peter Parker as Peter Palmer. 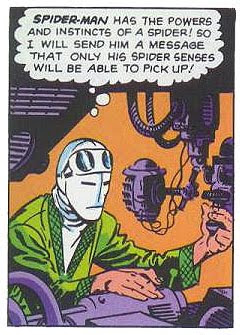 A lesser-known fact: Chameleon was his first villain. 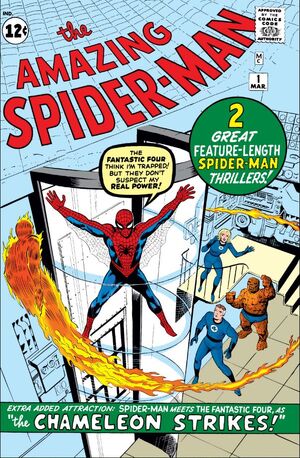