No longer tethered to West VA, ROM frees the Brotherhood of Evil Mutants from prison because he doesn’t understand why humans would hold each other in captivity. 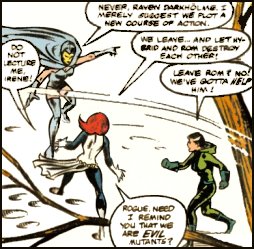 He then figures out they’re bad, and fights them. 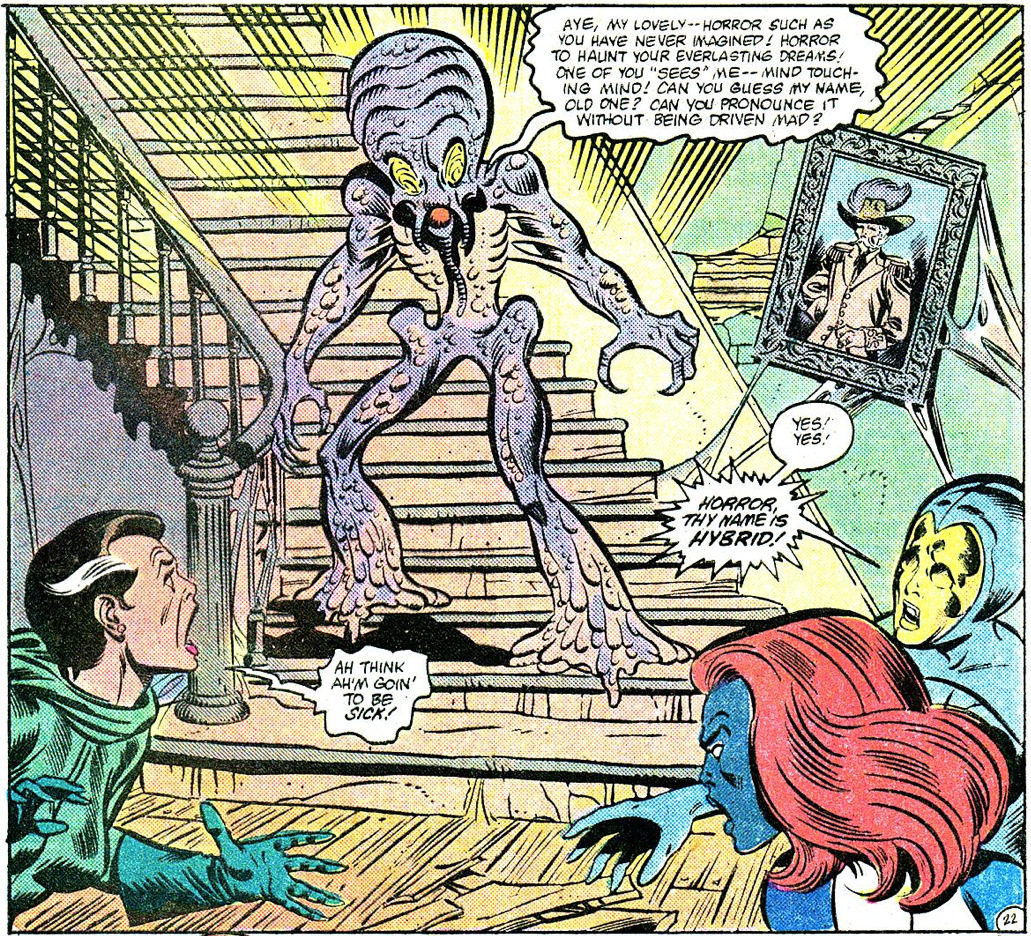 Then, they team up with Hybrid, the mutant Dire Wraith (who also kicks Torpedo’s ass early in this story).  Then, they realize Hybrid is too evil for the Brotherhood of Evil Mutants, and ROM teams back up with the Brotherhood.

He’s a pretty fickle dude.  Along the way there’s some really weird stuff with Rogue…

…After she saves ROM from Hybrid, she tries to absorb him…. 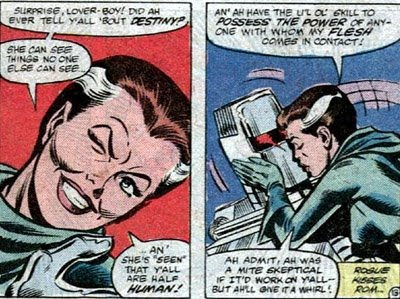 At the end of the issue, it seems like the two of them kind of have a thing.  It all ends with Hybrid being banished by ROM to Limbo.

Torpedo is still back in the hometown, trying to keep it safe.