Namor proposes to Sue for the first time.  And I don’t know why she’d even consider leaving Reed.  It’s not like he’s an asshole or anything… 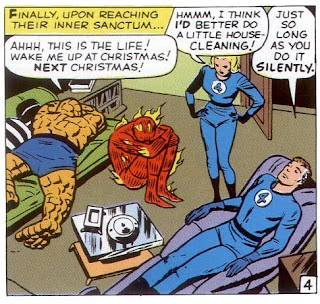 But first, a wrestler named Golden Angel challenges Ben Grimm to a match. Then, there’s a trip to Atlantis and combat with Sub Mariner… 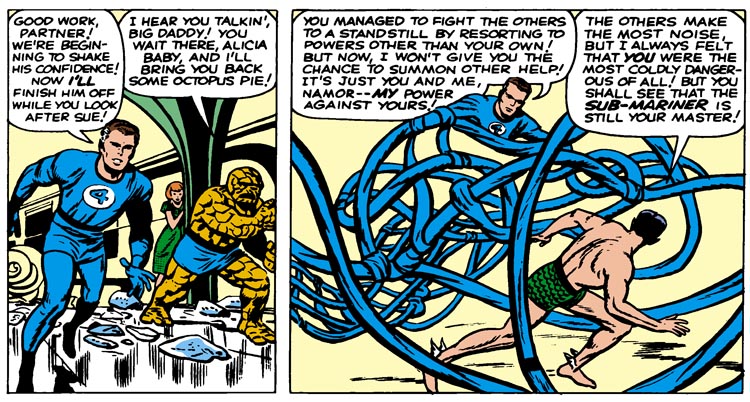 …but it turns out he’s in the thrall of Puppet Master.

The hypnotism finally fails when Puppet Master orders Namor to kill Sue Storm but he can’t bring himself to.

Creators: Stan and Jack
Grade: B