Bruce/Hulk/Fixit are arguing all the time now, and we’re getting partial transformations—and the arguments are happening out loud, not just in Bruce’s head, so Rick Jones and Betty Ross can hear him.

By the way, I also had Hulk Hands as a kid. 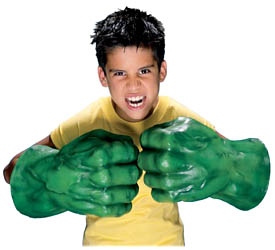 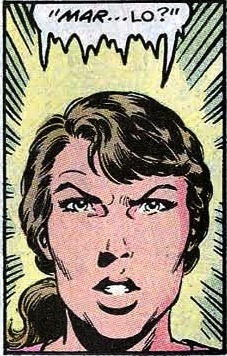 This leads to a huge in-the-mind, manifested-in-the-body battle between the three personalities. 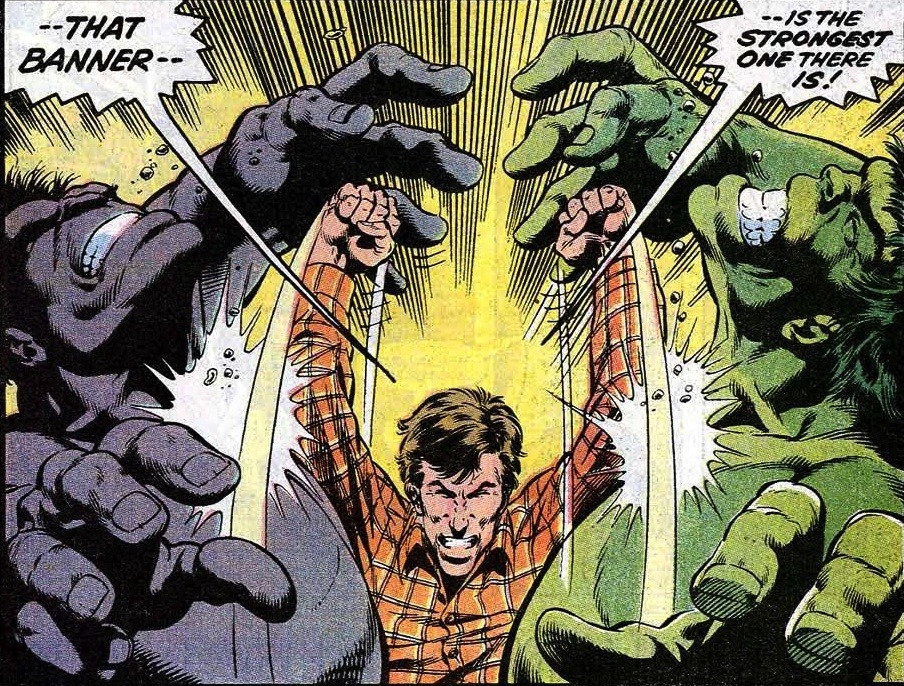 Such an amazing run.

This issue also introduces The Pantheon, a group of half-human, half-God people with names like Agammemnon and Atalanta.  They’ll be a big part of this next phase of Peter David’s run.