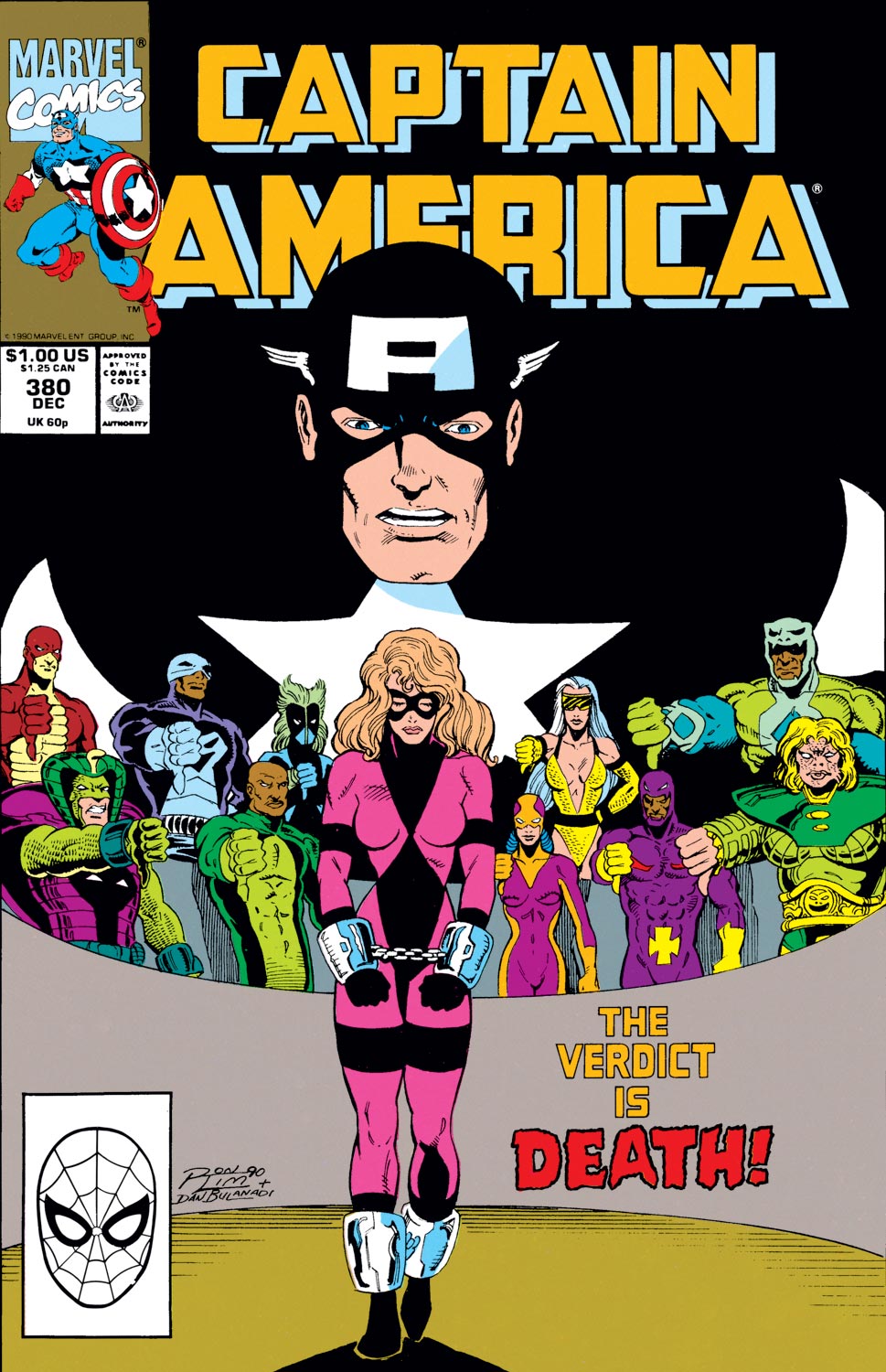 At the end of last issue, Diamondback was kidnapped by the Serpent Society, who regard her as a traitor. And they’re not wrong.  I mean, she’s dating Captain America.

The Society holds a surprisingly legalistic hearing for Diamondback, with her being represented by Black Mamba.  It recalls the court martial hearing for Hank Pym in The Avengers.  It’s fun stuff.

She is found guilty.  But before she can be sentenced, Sidewinder teleports her out—which means both he and Diamondback are now on the run from the Serpent Society.

Lots of focus on villains, which is fun.  For this part, the titular character is in Brooklyn getting reacquainted with his former lover Bernie Rosenthal, who we last saw turning down his marriage proposal.  She wants to rekindle their love affair, but of course Cap is now dating Diamondback.  Her story runs through this arc and provides the last panel… And speaking of Cap’s girlfriend, Peggy Carter gets involved.  Diamondback goes to her for help (why her and not Cap?), Peggy then reaches out to Cap, and he mobilizes The Avengers to capture the entire Serpent Society. 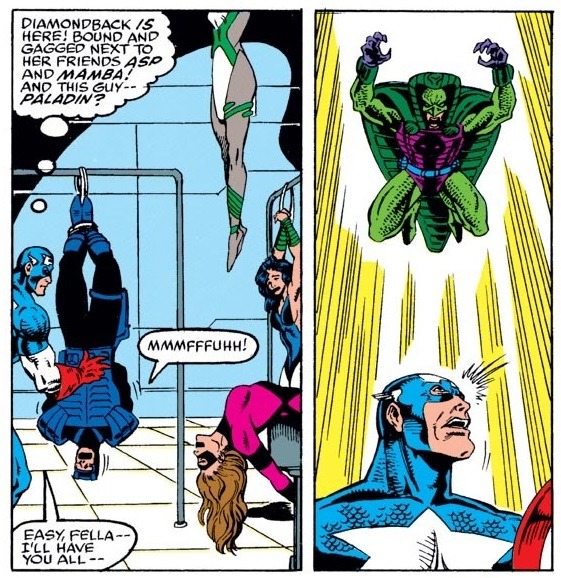 So, when they were running around committing crimes and killing MODOK, that wasn’t enough—but go after Cap’s girlfriend, and it’s on like Donkey Kong.  Actually, more like Donkey Kong Jr.  Only Fabian Stankwicz, some Guardsmen, and John Jameson get actively involved in tracking down the Serpents.  From their, it’s Cap fighting and capturing Serpent members. 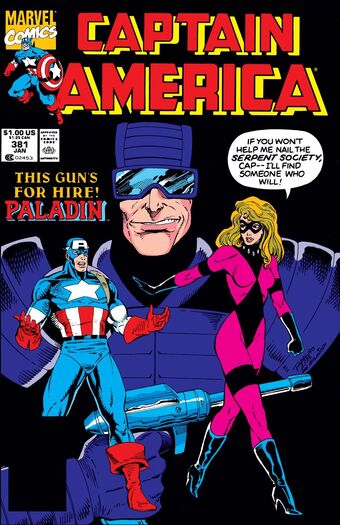 Diamondback is staying underground and goes to Paladin for protection.  So there’s lots of the two of them fighting, too.

The upshot of this arc is that Bernie’s back, Diamondback is on the run (leaving Cap with an empty side of the bed), and the ongoing Serpent Society story appears to be over.

There’s also back-up stories starring USAgent, where we learn he was brainwashed into becoming Super Patriot.  Remember that identity, when he was basically an alt-right with super powers?  This seems like an attempt to paint-over that past.

I don’t support this.  It was kind of neat to have a guy with some pretty hardline, almost racist views in the hero role.  But then, I can handle some ambiguity in my comics.