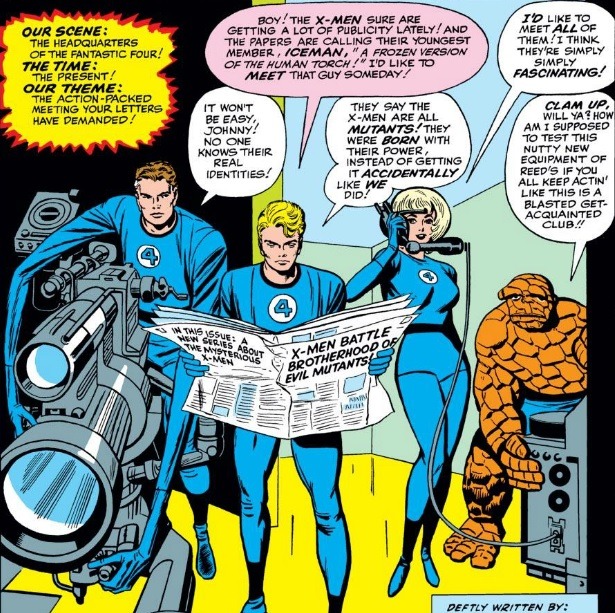 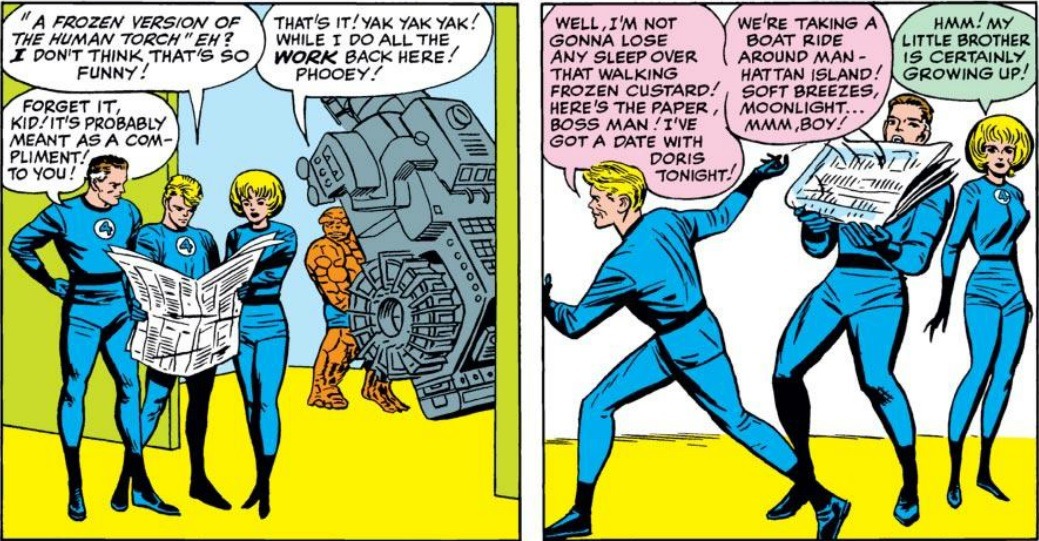 Two solidly mediocre stories in one issue. First, it’s Human Torch and Iceman–an inevitable team-up, really.  I like the panels above.

I can’t remember any other time Iceman had to strip when getting all icy.

Bobby Drake is feeling sad because there’s only one girl at his school and she’s dating everyone but him, so he goes to New York City but, instead of meeting a gal there, he meets a villain. But I like this panel because they’re really talking like teenage boys: One-upping each other, enjoying their powers…One of the things I hate about all the superhero shows on TV is that they all are miserable about having powers.

What teenager wouldn’t want to be able to turn into fire and fly???

Another reason this is a special episode in a generally bland anthology book is that Stan and Jack work together on it.  There was usually a kind of magic when they got together….

The second story is Dr. Strange in a story that seems an awful lot like DC’s House of Secrets/Mystery… He saves the day and amazes all. 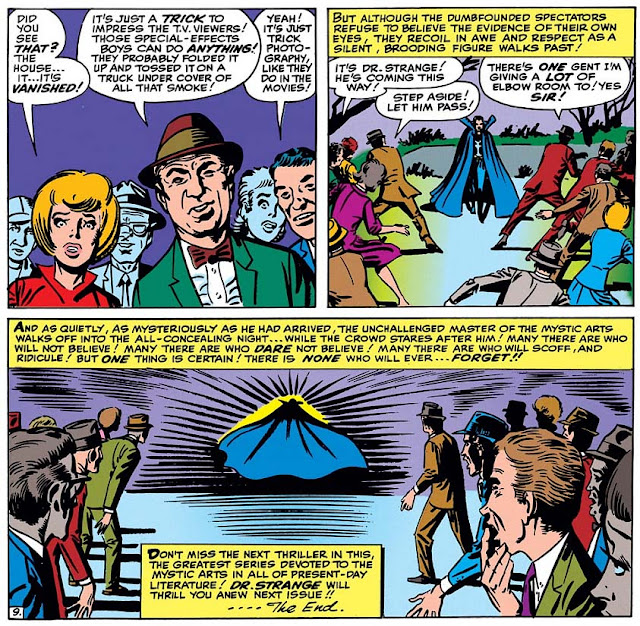