The Ancient Winters story is one of Simonson’s most famous, and served as part of the basis for the second Thor movie (but don’t hold that against it–it’s a great comic).  The mysterious smith keeps banging away at the sword of Twilight, with a resounding “Doom!”  Simonson keeps teasing us with that story. 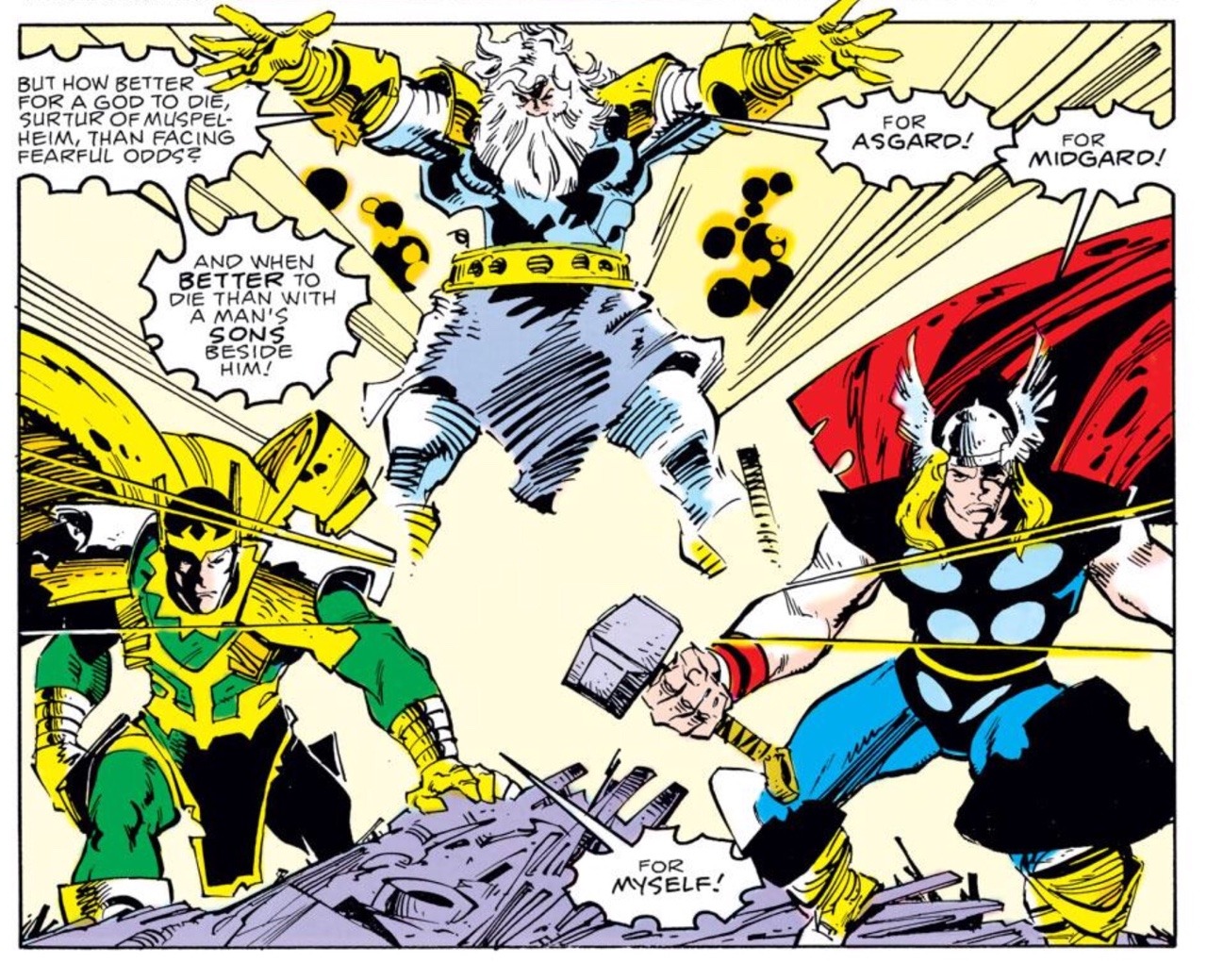 The Casket story involves two humans who are seeking to stop Malekith from unleashing the Ancient Winters on Midguard, and they do it by force-feeding fast food to Malekith’s soldiers. 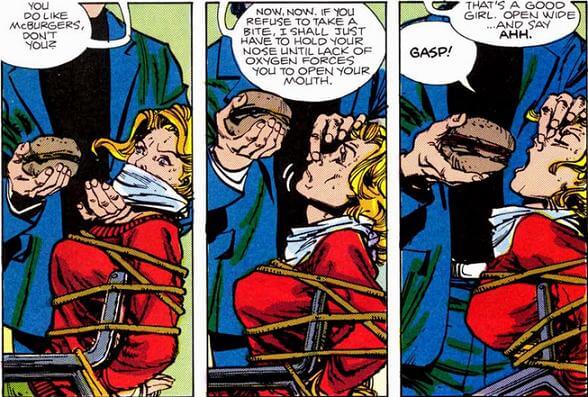 And eventually, after a ton of battles with mythic creatures (that are a spectacular sight to behold), like this one…

…Malekith succeeds in shattering the Casket… 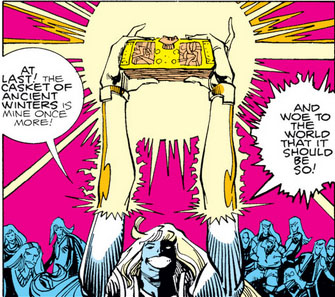 …and Surtur picks up that big ass sword we kept seeing.  This means, of course, that we have the biggest battle of all, so Simonson brings together the various plotlines he’s been weaving so far: Balder, Sif, Beta Ray Bill–all come together for a Ragnarok and Roll party. 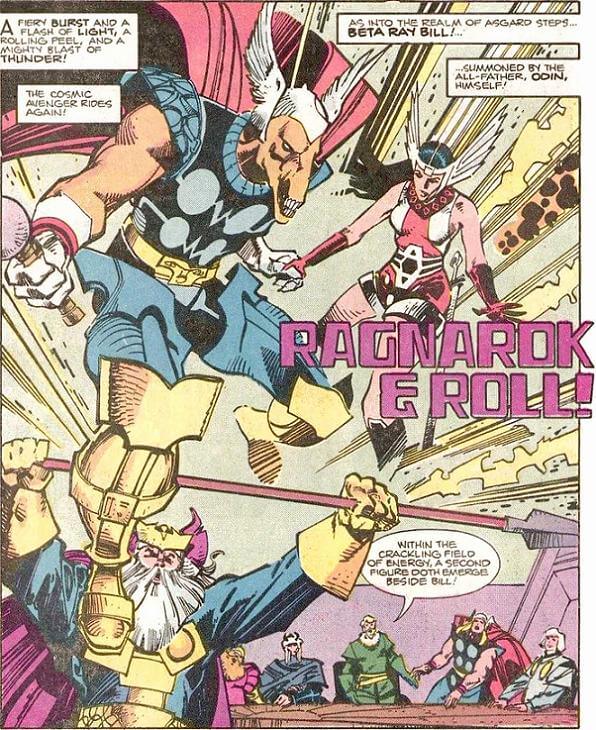 It leads directly into Ragnarok and Roll 2, which is the three-issue battle against Surtur.  The battle moves from the other realms to Midguard, so we get some guests.  The US Army… 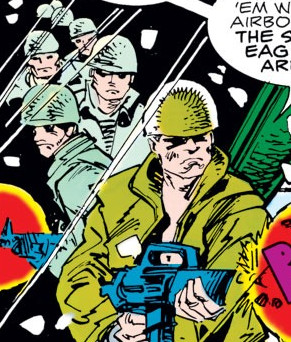 …And The Avengers and the Fantastic Four, and even Loki.  And in the end, it takes Odin to save the day.

Absolutely fantastic.  And this isn’t even Simonson’s best Thor story! 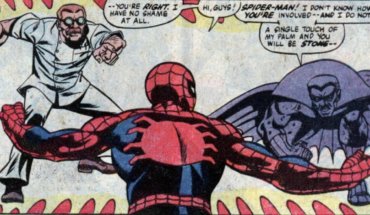 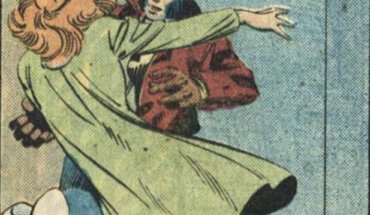 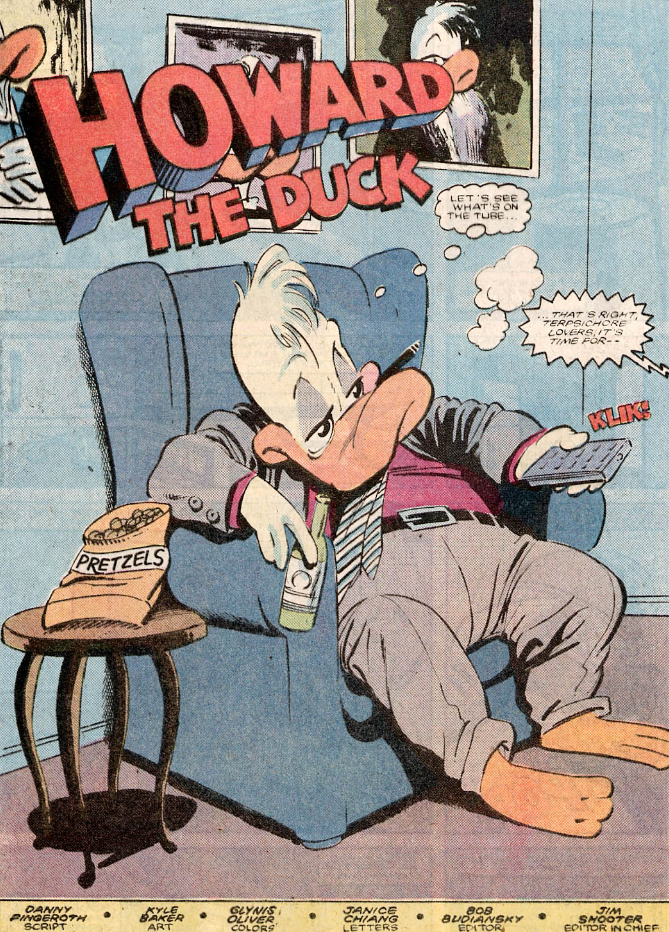 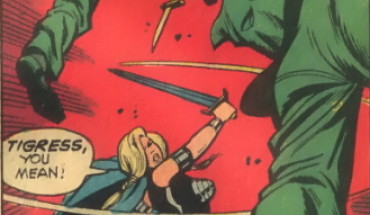