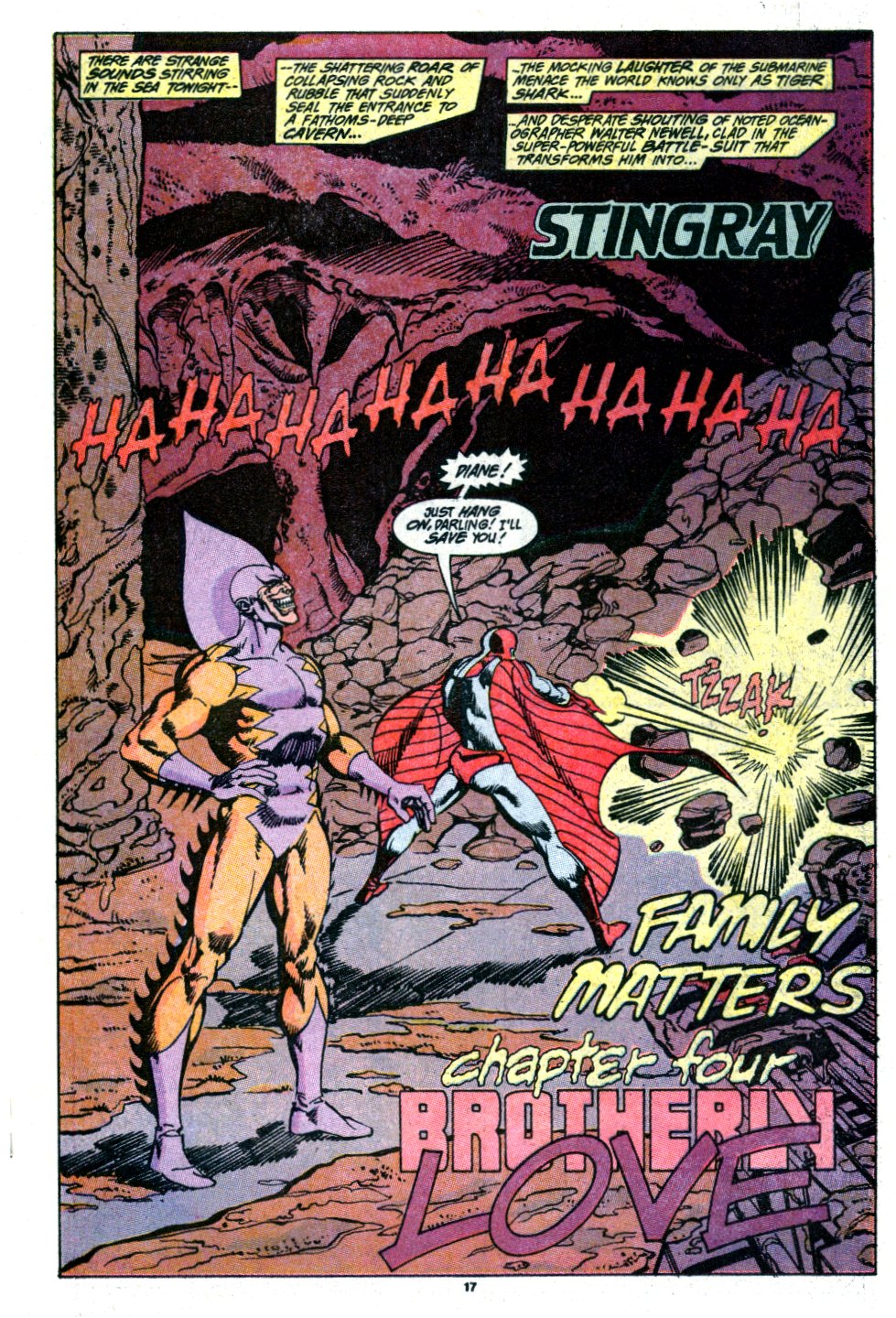 A Stingray solo story.  The character first appeared in old Sub-Mariner comics and recently helped out the Avengers a few times, but other than an anthology book, this is really the only way we’re gonna learn about him.  Also, Tiger Shark.  I always love me some Tiger Shark.

I just wish it were a better comic. 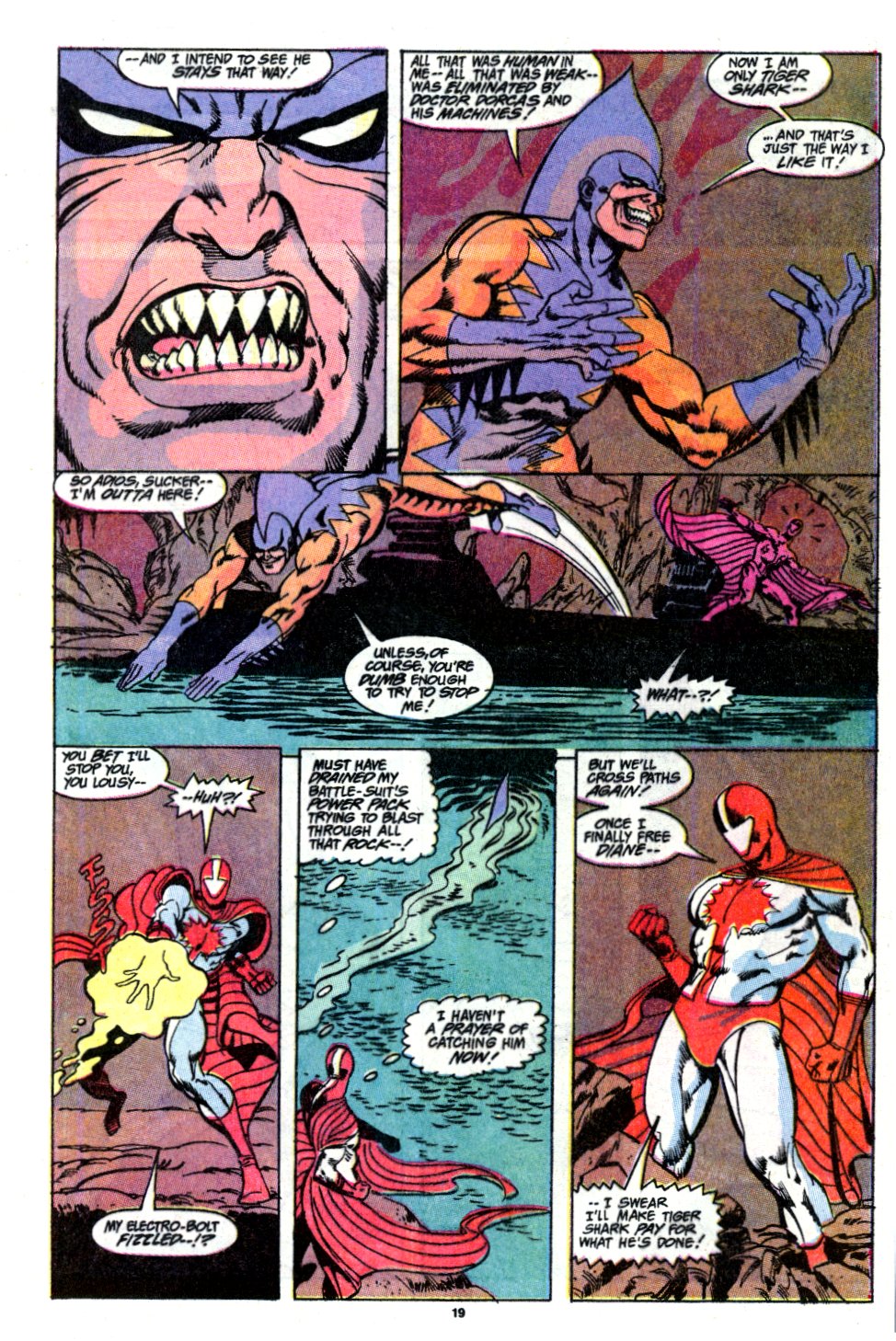 A Guardsman tracks down Stingray, who is married to Tiger Shark’s human sister, and tells them that Tiger Shark is sick and dying as a prisoner in The Vault.  Of course, Tiger Shark wasn’t really sick.  He was doing a Harvey Weinstein, pretending to be infirm so that he could escape punishment and kidnap his own sister.

She’s the girl-in-need-of-rescue.  You can fill in the rest.

Again, nice to see two underused characters, but I wish they did a little more.