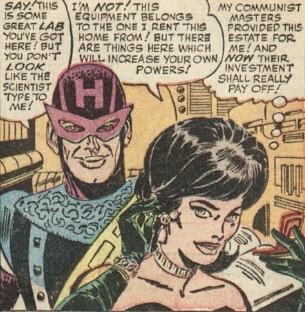 You know that Hawkeye-Black Widow romance we kinda see in the Avengers movie?  Here’s where it all began. 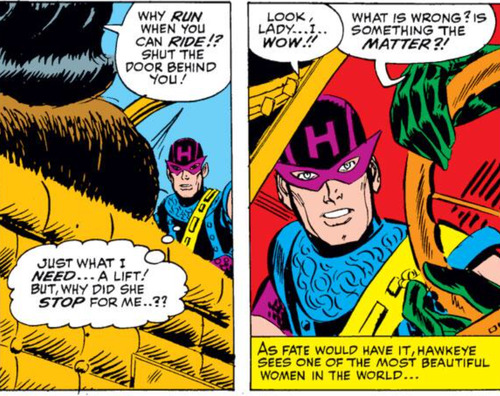 Hawkeye (we never know his real name in this issue) is a circus performer who is inspired by Iron Man to become a do-gooder, so he tries to stop a jewelry store robbery, but the cops figure he’s the thief, not a good Samaritan, so he goes on the lam where he’s picked up in a car driven by…the daring, dazzling, dangerous Black Widow!! (Adjectives and double !! are all Stans.) 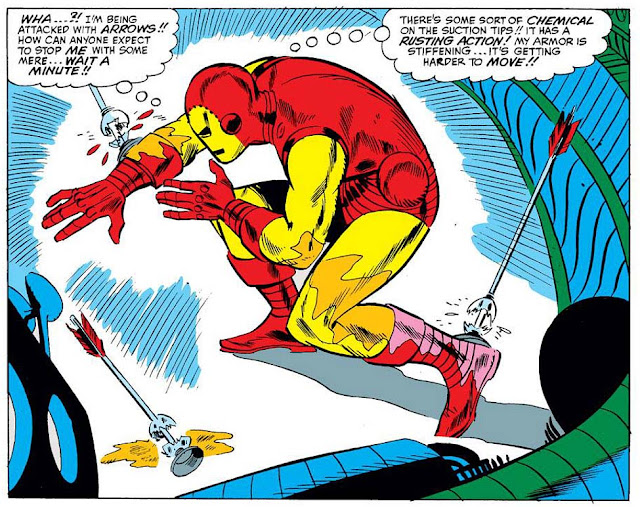 She uses her feminine wiles to persuade Hawkeye to fight Iron Man.

The fight goes well, but the cops show up and Hawkeye and Black Widow run off together.

But not before Hawkeye proves that the biggest foe to high tech armor is…String.

And proving that Iron Man isn’t above hitting a girl to win the day. 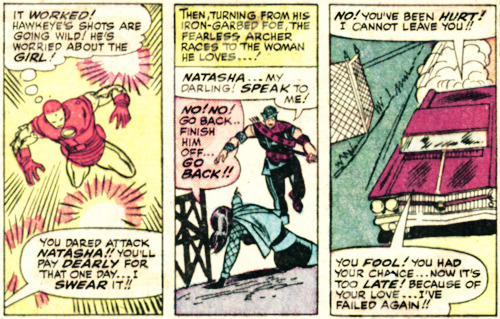 I’d love to know how well Green Arrow books were selling at this time, that Stan felt that Marvel also needed a guy with trick arrows. 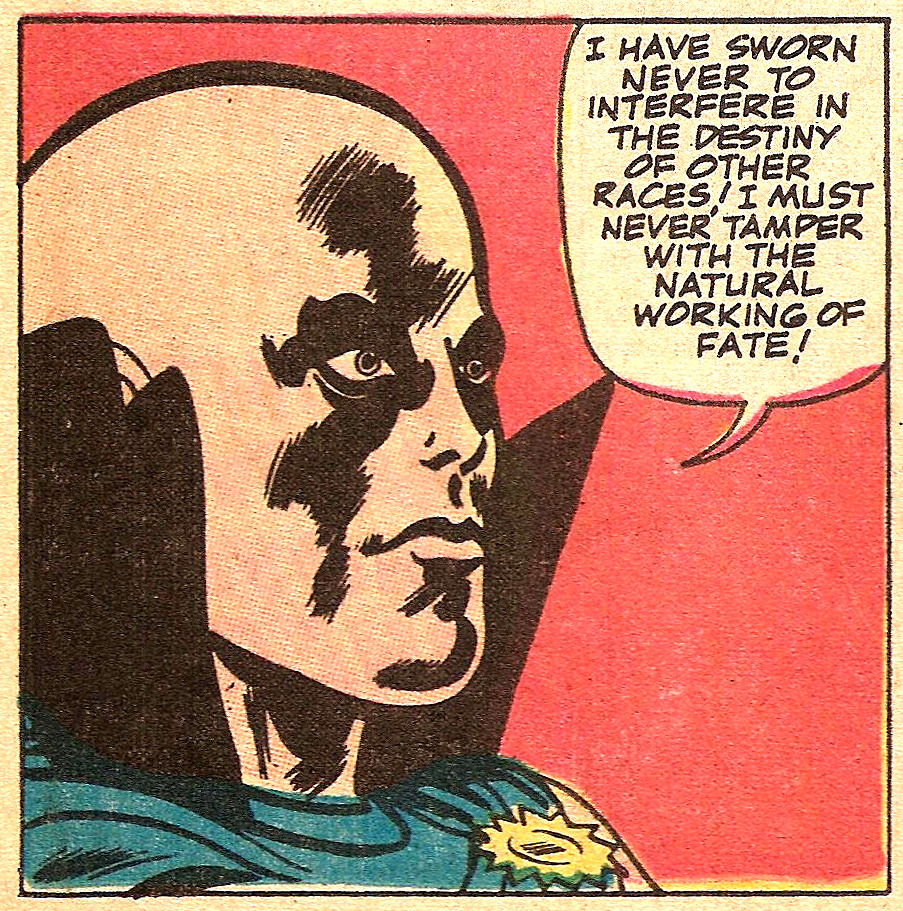 There’s another Tales of the Watcher story.

I’m pretty sure none of these are 616 realities, but it would be cool if some continuity nut like Grant Morrison would get a hold of them start weaving them in.

Creators: Stan Lee, Don Heck
First appearance: Hawkeye
Grade: B-. Way above average for your typical 1964 Iron Man story, and slightly above average compared to all other 1964 Marvel books. 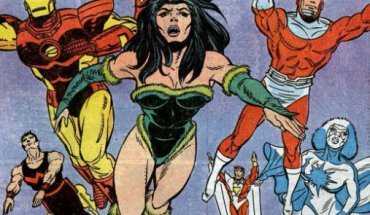 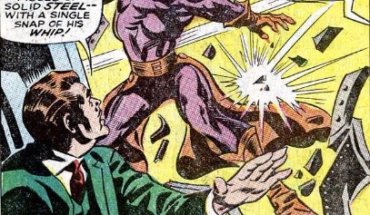