This book is getting a little complicated.  Moondragon is infected with a spore from last issue’s fight with gamma-treated plant mutations, so she seeks her evil dark side–Dragon of the Moon—for help.  Dragon of the Moon turns her, and we get a fight between Moondragon and Valkyrie, Cloud, Gargoyle and Angel.  In the course of the battle, she blinds Angel–and he stays blind for a bunch of issues–and it’s only when Odin grants Val the power to be big that the team can stop Moondragon. 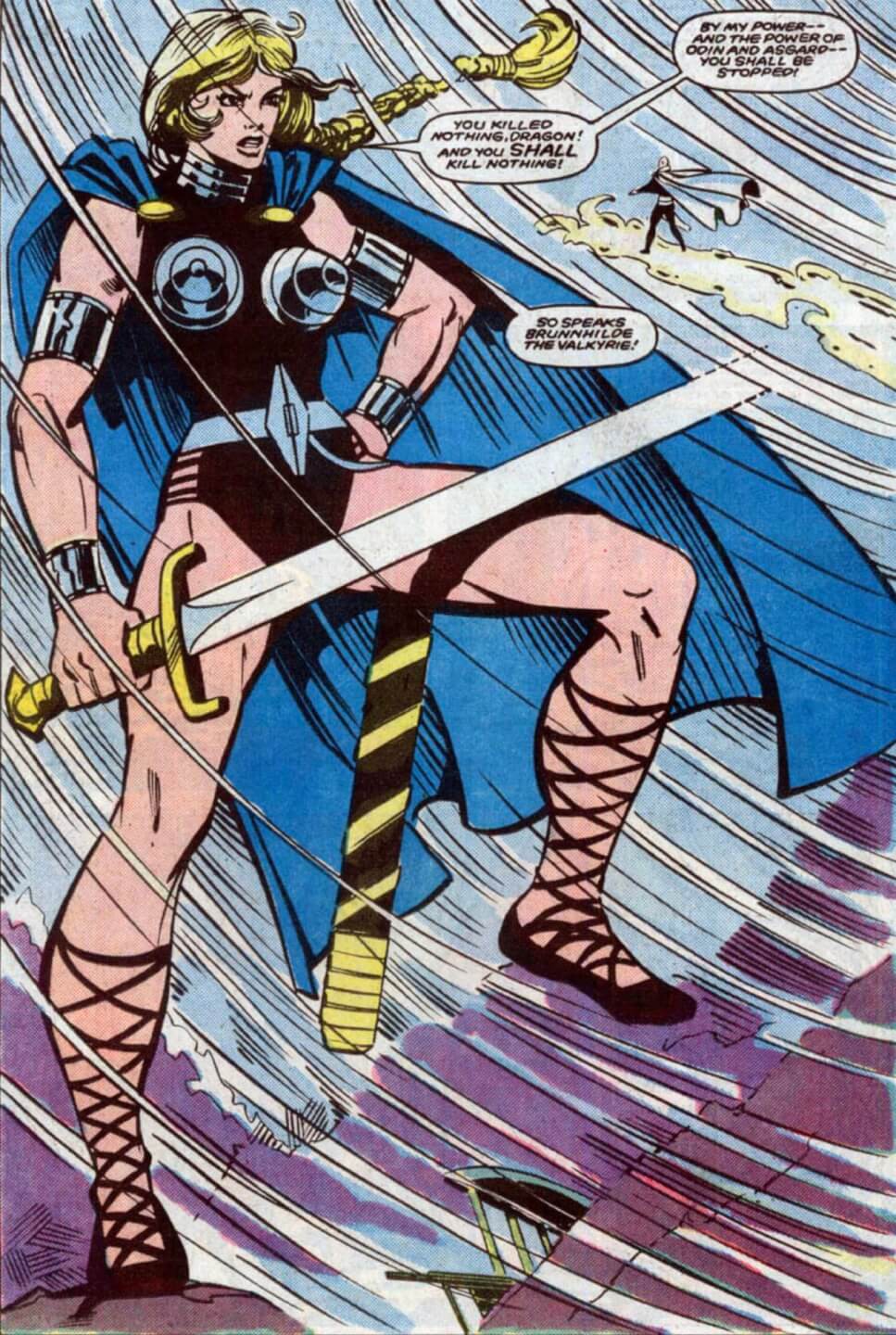 Val also calls in an army of other Valkyries to help in the fight.  That, I like.  Suddenly having the power to grow herself, I don’t like.

Moondragon and The Runner seem to have a thang going on. 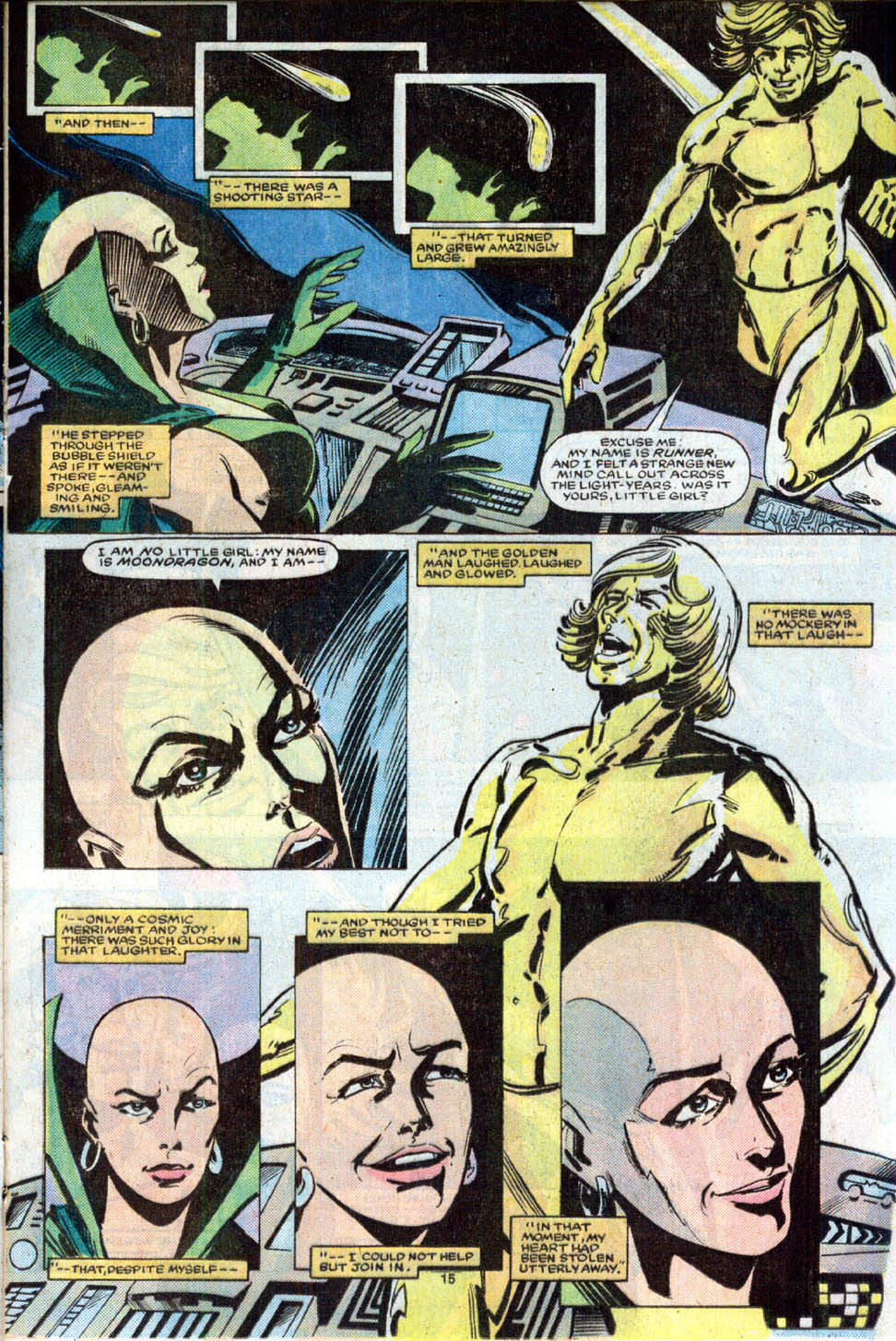 This issue is full of big cosmic stuff, which isn’t my favorite, but Gillis’ run overall is the best since the great Steve Gerber managed this title.  Don Perlin’s art is very recognizable–it seems a bit cartoonish, but I think it works for this book. 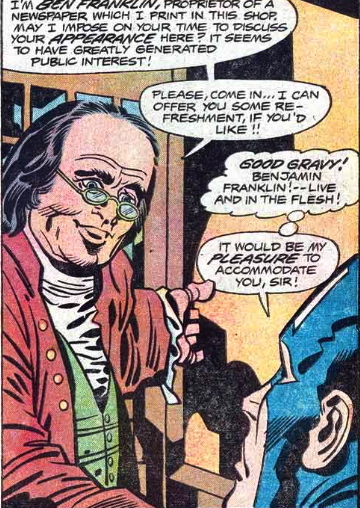 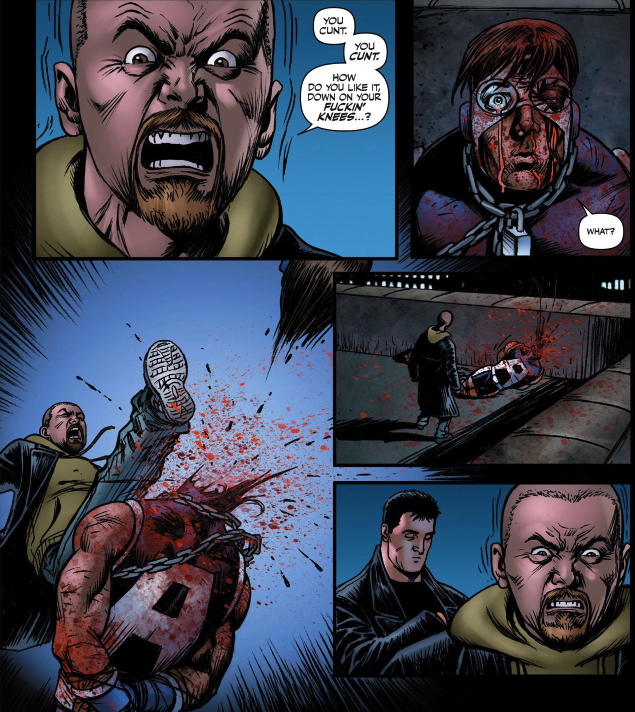