This is one of my favorite miniseries.  I ranked it #7 of all the minis of the 1980s, and that’s saying something because the 1980s were the era for Marvel’s minseries.

In issue #1, we get the set up: Hercules acts like a bonehead on Olympus, and Zeus is not amused.

So, he banishes his son not to Earth, but to outer space.  (Honestly, messing around with a bunch of women seems like a pretty tame offense for banishment, especially when you compare all the crap Thor used to do to get banished.) 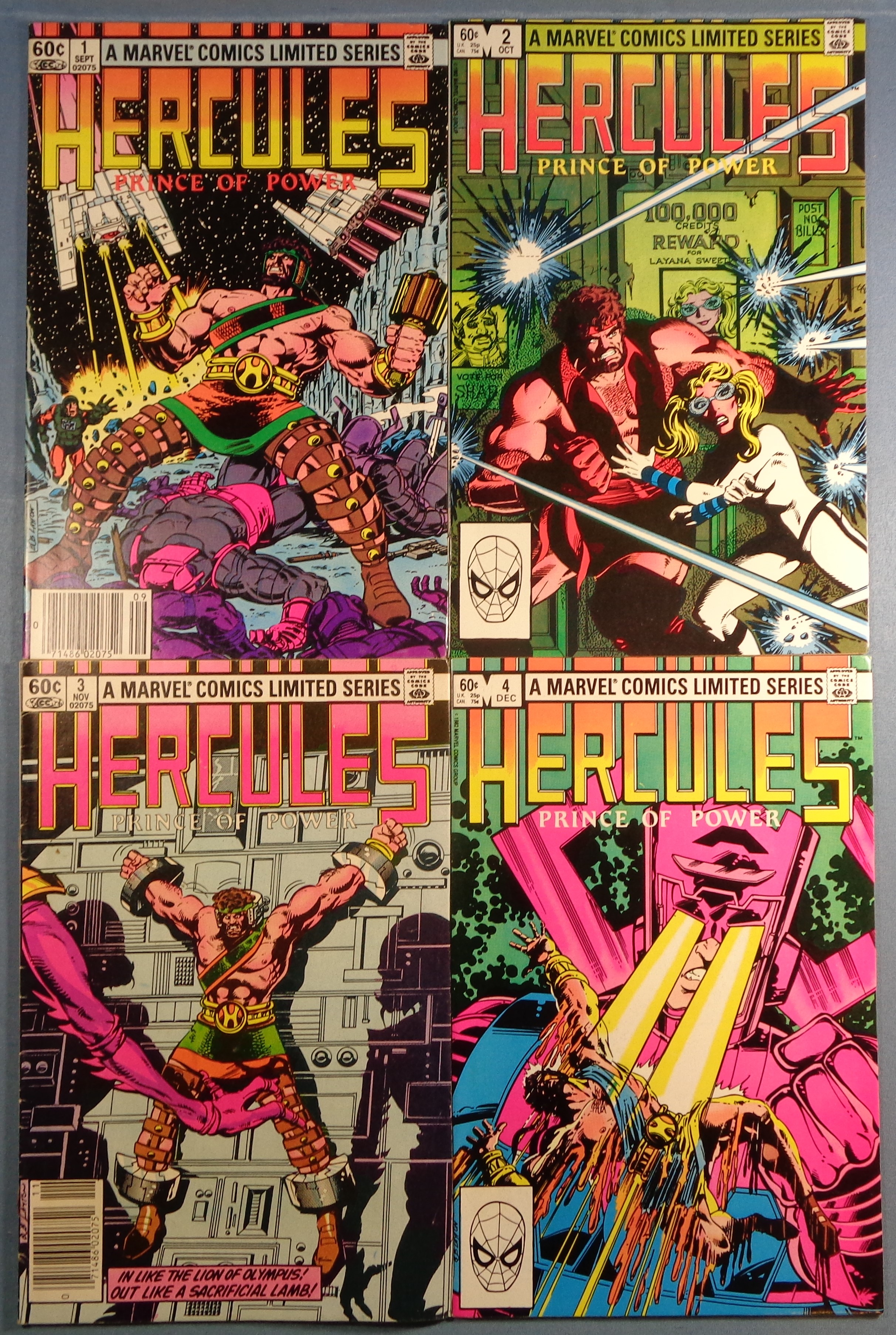 Why is this series so great?  Because it takes on Thor–remember, when he used to travel through space?  Hercules has always been a D-list Marvel hero, and the decision to do what Thor did–complete with a Rigellian Recorder robot (which Bob Layton portrays brilliantly)–was ballsy. But it worked because it was genuinely funny!  Like this scene where he shouts into a God Horn to a spacecraft… It’s also genuinely touching.  In the first issue, Hercules runs around looking for big people upon whom to bestow his “gift,” which basically means he punches them.  But when he finds the biggest, strongest alien in an outer space bar and hits him… Everyone at the bar calls him a bully, which he is, and is furious with him.  And just when they are forcing him off the satellite, he has the chance to save everyone and becomes the hero.  Thus, he is learning the true meaning of heroism and humility.

A great first issue of a great 4-issue mini!

Creator: Bob Layton
Grade: A-
For the complete history of the MU, year by year, go here.
And see my Ratings of Runs on comics here.