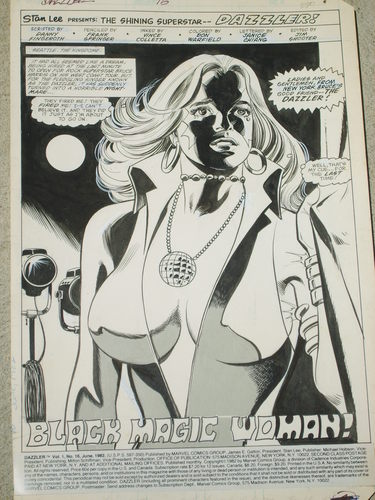 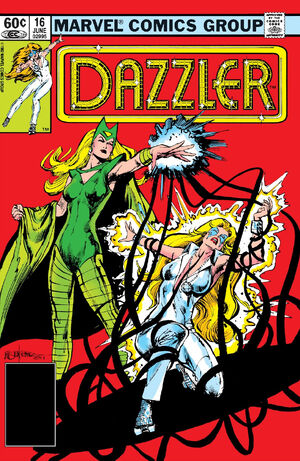 This is a very strange issue.  It starts with massive cleavage.  Apparently, the fact that her breasts are twice the size of her head caused some controversy at the time.

Then, Dazzler gets fired from her gig opening for music superstar Bruce Harris (weird because what celeb would EVER have a name like that?) and hooks up with a goofy redheaded lawyer (Dazz is hot AF—why is she dating this nerd?).  Nice to see a romantic lead who wears glasses though.

Then, Dazz gets kidnapped by Enchantress and taken to Asgard, where Odin, instead of just letting her go free, forces her to fight Enchantress in one-on-one combat in order to determine whether it was okay to kidnap Dazzler.

Dazzler wins by turning herself into a human bowling ball, which is also weird because she has powers and they don’t include rolling on the floor. It’s not a terrible comic, but it feels like it was written in the 1970s due to its wild plot and strange plot devices. 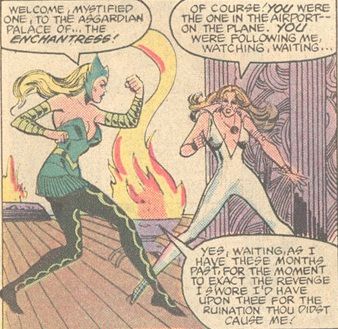 It’s worth mentioning that Bill Siekiewicz is doing fantastic covers on this book.  I wish had that original art.