Not quite.  But she will be in eight issues. 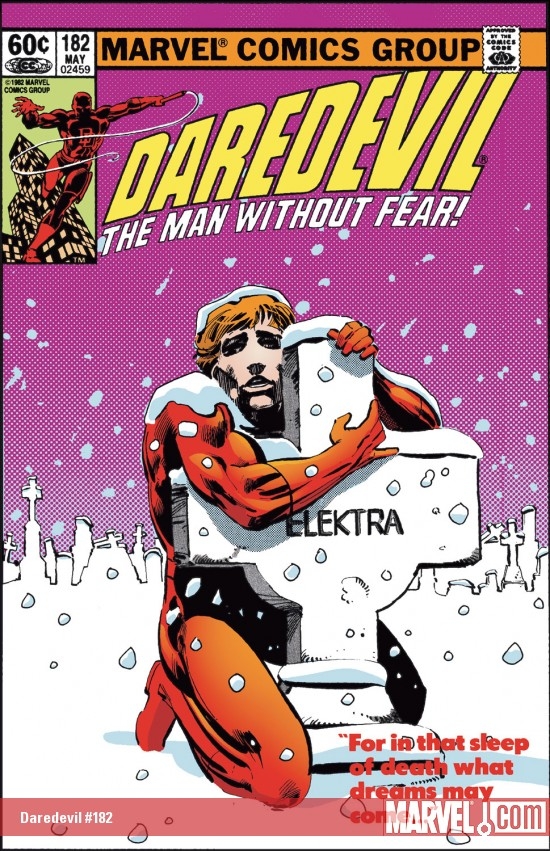 It’s really hard to write about grief in “regular” books, but in a comic about a guy who runs around in red spandex, it’s even harder.  Frank Miller does a good job here showing Matt’s grief over Elektra’s death.  He’s convinced she can’t be dead, so he actually digs up her body to be sure.  Yep, that’s a dead Elektra all right.  He also goes and beats up some of Kingpin’s guards because Elektra worked for Kingpin and, hey, why not?  Violence and anger are a good way to work out your shit, you know?

After this issue, Miller’s run begins to wind down—but he has Daredevil becoming increasingly crazy.  I like that—I mean, you’d think that beating people up all night and then trying to solve legal problems with your mind all day would create some fragility, then to have Elektra die, it makes sense he’d snap. On the action side of the book, Punisher has a great naked towel prison fight before being released from prison by a black op part of the government that really likes how he kills bad guys.

This issue also develops what turns out to be a pretty brutal subplot involving Heather Glenn, who inherited a multi-million dollar company from her father and is now dating Matt Murdock.  Over time, the corrupt Board of Directors will try to push her out of the company, and Murdock will do some pretty dirty deeds to manipulate her into marrying him.  It shows his bloodthirsty sexual side, which is something that started here with Miller but was brought out vividly later—especially during Brian Michael Bendis’ run. 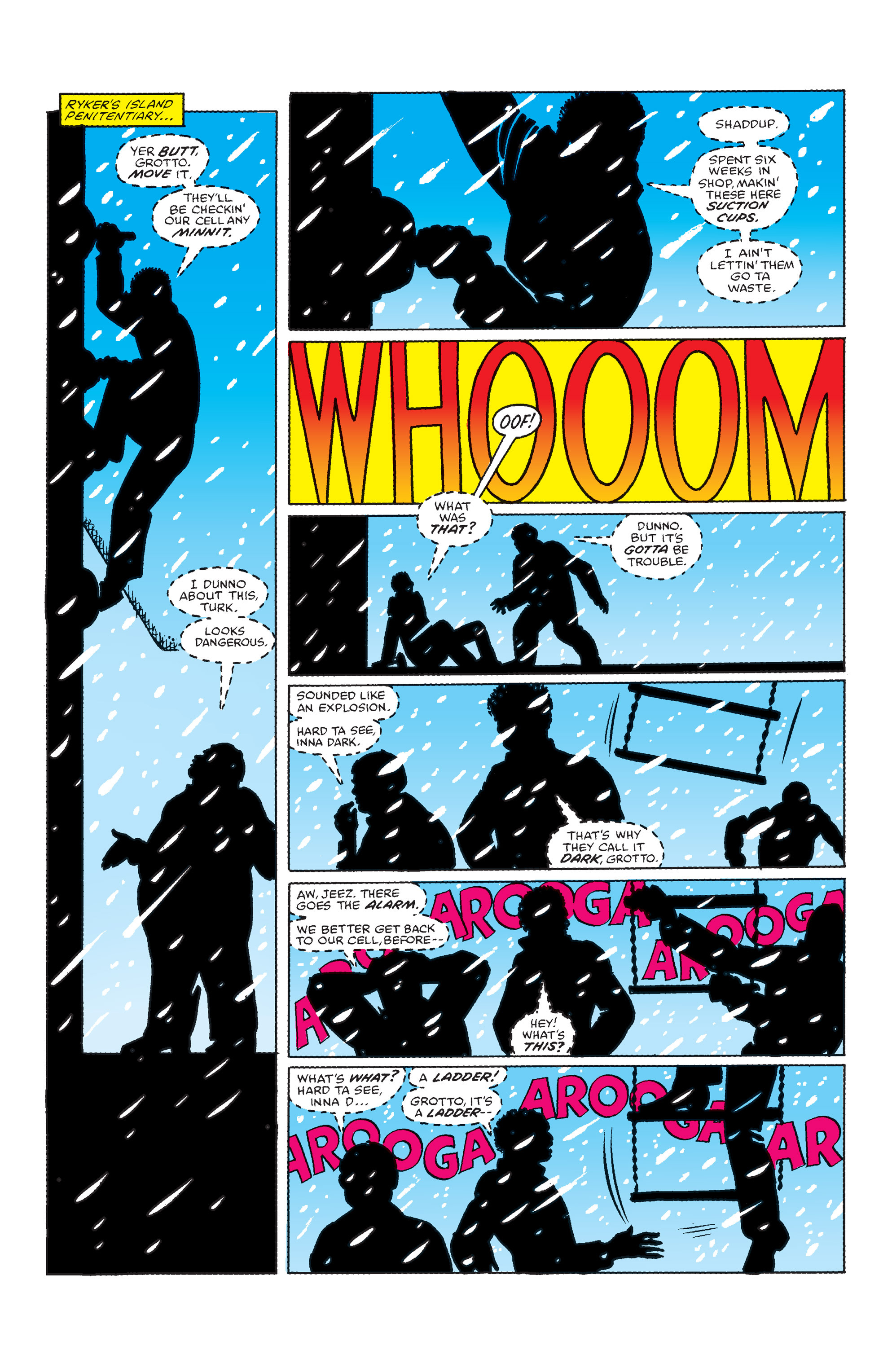