How is it possible that EVERY SINGLE ISSUE of Frank Miller’s run is brilliant?

Miller turned Daredevil into a force of nature.  A dogged, unrelenting pursuer of justice at any cost.  And a man who defined justice as “what Matt Murdock wants.”  It’s reflected in his stubborn pursuit of a corrupt politician, Cherryh, who has ties to Heather Glen, who Murdock is also manipulating into getting to marry him.  Brutally. And then, of course, there’s Daredevil’s foil: The Kingpin.  A man who also stops at nothing to get what he wants, and is willing to hurt those close to his enemies in order to gain an edge. 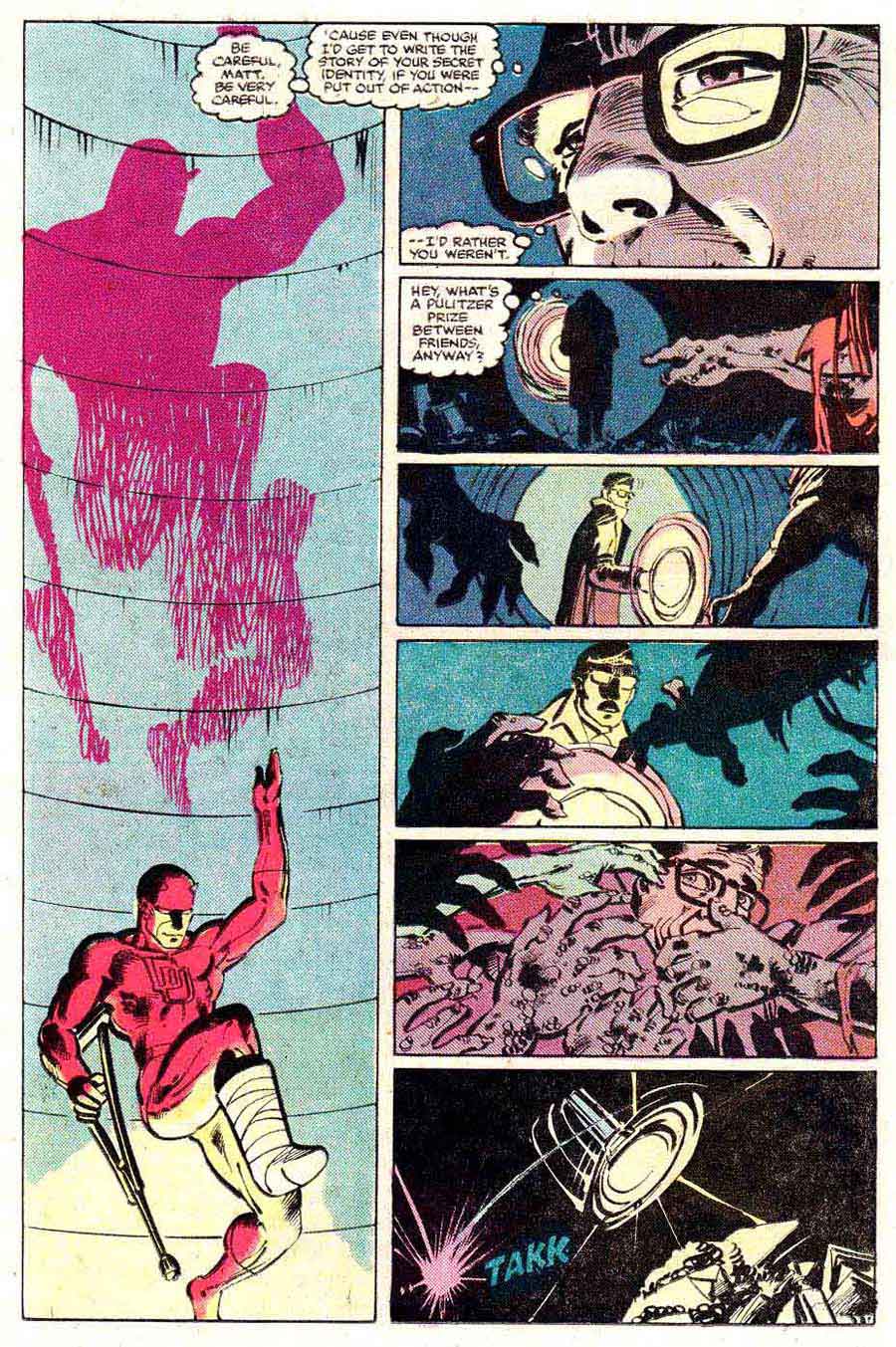 The characterizations in these comics are absolute genius, as is, of course, the art and design.