The Avengers become U.N.-sanctioned and allow Sandman to join as a “reserve substitute.”  Also, Spidey and Rage.  Rage and Sandman are on “probation.” 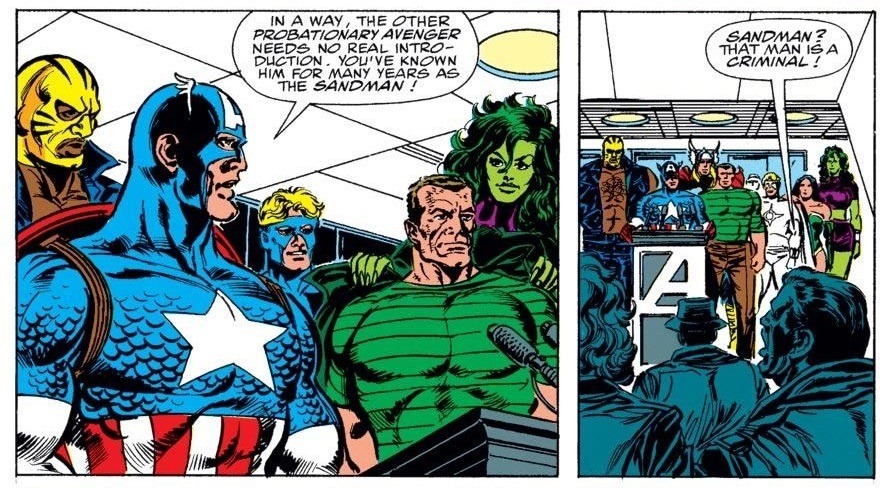 But the core lineup is: Captain America as leader, with She-Hulk, Thor, Sersi, Vision, Quasar, and Black Widow.  Interesting lineup. 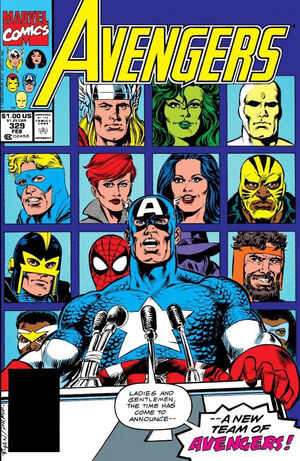 After spending almost all of #329 on the new lineup, we get a very silly and stupid battle against The Tetrarchs of Entropy. 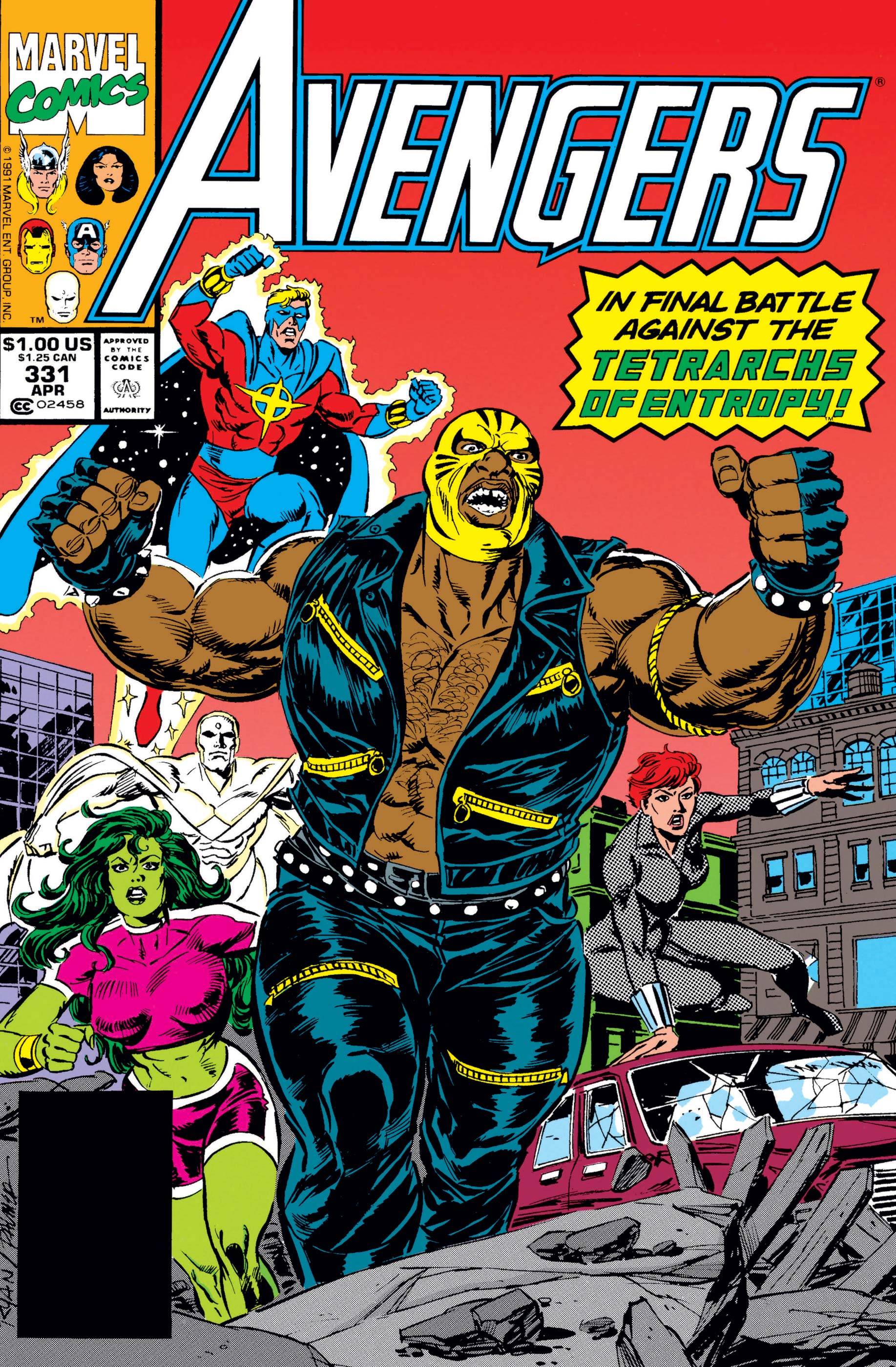 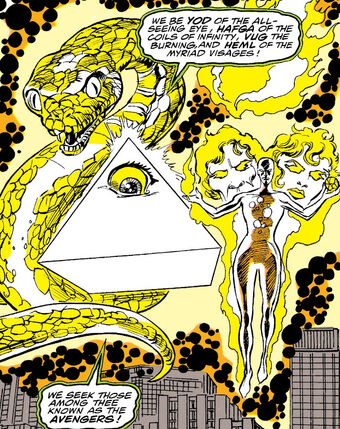